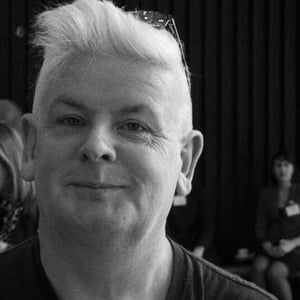 Analysis: the late singer and artist's Irish roots run deep in terms of his life, work and infuences

David Bowie's first ever Irish appearance was in December 1969. Aged just 22, he was a guest on RTE's Like Now! series. With shoulder length curly tresses and sporting a very fashionable Afghan Coat, Bowie performed his latest single 'Space Oddity', regaling the audience with the dramatic tale of a breakdown in communication between Ground Control and Major Tom.

Bowie’s Irish debut is forever captured in a number of black and white still shots which can be found in the RTE Archives. It was to be the start of a very long creative and personal relationship with Ireland. The iconic singer would go on to perform and rehearse in Dublin many times over the next four decades, even surprising his fans by playing at least four secret gigs, including a support slot as Tin Machine at the city's Baggot Inn.

In the final months before he died, Bowie collaborated with the renowned Irish playwright Enda Walsh to create Lazarus the musical. This sees Bowie revisit the alien world of Thomas Newton, the central protagonist in The Man Who Fell To Earth. Its completion, in spite of Bowie’s terminal illness, was a mark of the performer’s tenacity and his capacity to work right until the end of his life. It also signalled his broader interest in the work of Irish writers and artists.

When asked in 2013 to compile a list of his favourite 100 books of all time, Bowie included Spike Milligan's comic masterpiece Puckoon. The reputed last words of Samuel Beckett's father – "what a morning!" are including in the lyrics of Bowie’s 1997 song ‘Law'. Speaking on BBC radio in the same year, Bowie revealed that U2’s Bono had gifted him with two Beckett biographies and the artist, who was once Ziggy Stardust, noted the parallels between Beckett’s trademark hairstyle and his then current cut.

Multi-talented, Bowie was also a painter and an avid art collector. His extensive personal collection included works by the Irish painters Colin Middleton, Louis Le Brocquy and Jack B. Yeats. Bowie bought Yeats’ painting 'Sleep Sound' in 1993. Painted two years before the artist’s death, its title makes reference to a line from his brother William’s 1933 poem Lullaby, "beloved, may your sleep be sound." The painting, featuring two tramps asleep on a hillside, is sometimes mistakenly said to have influenced Beckett’s Waiting for Godot, which was first performed in French as En Attendant Godot, two years before Yeats completed his painting.

We should not be surprised by Bowie’s fondness for Yeats’ work. Like Bowie, he used more than one identity as an artist and worked across numerous creative genres. Yeats’ paintings were concerned with themes such as migration; mental illness; alienation; loneliness as well as political and social change – themes not that far removed from Bowie’s life-long preoccupations as a song-writer and artist.

Over his long career, Bowie performed at least 18 times in Dublin. His fondness for the exuberance of Irish fans influenced his decision to record his concerts at the Point Theatre in November 2003 for a subsequent DVD release. No stranger to surprises, Bowie amazed his Irish fans at the first of those two concerts by speaking in Irish. At the end of 'Rebel, Rebel', he mischievously announced "tiocfaidh ár lá" and, later, thanked the ecstatic audience with "go raibh maith agaibh" before attempting to say "conas a ta shibh?". We did not know it then, but this would be the last time Bowie would perform in Ireland. By June of the following year, his days as a headline performer were cut short owing to illness.

From RTÉ Gold, Dave Fanning looks back at the career of the late David Bowie

In the years that followed Bowie worked quietly at his own pace, well away from the curiosity of social media. The artist would surprise us all in January 2013 when he unveiled a poignant new song called ‘Where Are We Now?’. That song heralded a whole new phase in Bowie's creativity culminating with the release of the album "Blackstar" in 2016.

As a writer interested in popular music and popular culture, I am regularly asked just why would an academic researcher be interested in figures like Bowie. My usual answer is that I don't differentiate between so called 'high' and 'low culture' and that a complex and highly talented figure like Bowie is a legitimate area of study. As a songwriter, writer, essayist; performer, recording artist, music producer, actor, film producer and painter, Bowie drew from a very wide raft of influences including Buddhism, Commedia dell'arte, German expressionism, Surrealism, Dadaism, Kabuki, philosophy, Occultism, communication theory, mime, Oriental culture and Jungian psychology.

Bowie’s many strengths included his ability to divine and synthesize complex ideas from these and other sources, but also not reveal too much as to their actual origins when they surfaced in his art. His capacity to obfuscate, to hide in plain sight – to mess with the paintwork - was highly effective, but it’s possible through a close critical reading of his work to trace at least some of his influences, creative practices and recurring key thematic concerns.

Irish influences are an important piece of the overall Bowie jigsaw and his interest in Jack B. Yeats and Beckett is particularly revealing. The figure of The Clown connects all three men. Yeats painted numerous clowns. Beckett placed clowns at the centre of many of his stage plays and Bowie performed as Pierrot the clown at several critical junctures of his career (see the ‘Ashes to Ashes’ video from 1980). For Bowie, Beckett and Yeats, the clown functions as an avatar for the outsider artist and the human condition, more generally.