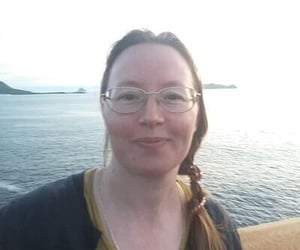 Analysis: the man who ate the Salmon of Knowledge was a complex character and not always likeable, but he was certainly thought-provoking

He ate the Salmon of Knowledge. He was the father of Oisín, who went with Niamh Chinn Óir to the Land of Youth. Some stories about the hero Fionn mac Cumhaill and the Fianna , his band of men, are well-known, especially to anyone who went to school in Ireland. But there are many more to be found in the manuscripts and folklore collections of Ireland and Scotland. Here are some portrayals of Fionn as you many not have seen him before!

Fionn is praised for his generosity to poets and he was something of a poet himself. In the eighth-century tale Finn and the Man in the Tree, Fionn jams his finger in the door of a fairy dwelling. After he puts his finger in his mouth, he is illuminated with great knowledge ('imbas') and chants a mysterious poem. Later in the text, Fionn reveals in another poem the identity of a strange man he finds perched in a tree. This is an alternative account of how Fionn received the gift of knowledge and we see that this supernatural ability is bound up with the utterance of verse. This tale emphasises the potency of poetry and reminds us that poets were revered figures in Medieval Ireland.

From TED-Ed, Iseult Gillespie on Fionn Mac Cumhaill and the Giant's Causeway

In a poem known as The Coming of Laighne Mór Fionn disguises himself as a poet and visits the camp of the terrifying Fomorian attacker Laighne Mór. Laighne is delighted by the sweet music played by two of Fionn's companions and he promises to harm no poet as long as he lives as payment for this entertainment. Fionn reveals his identity then, stating that he is both poet and leadar of the Fianna. Laighne has no choice but to keep his word and leave Ireland.

Here, we see Fionn as a trickster character: the Irish proverb 'An té nach bhfuil láidir ní foláir dó bheith glic’ (‘He who is not strong must be clever’) comes to mind. The power of the poet is emphasised here again – as diplomat and problem solver in this case.

Fionn’s role in battle is usually as leader and military strategist and the fighting is done by younger members of the Fianna. Fionn’s grandson Oscar, in particular, is often the one whose feats on the battlefield are most impressive.

The victories of the Fianna in battle exemplify their famed bravery and military prowess, but we sometimes see more ambivalent attitudes towards warfare. The Fianna take time to cry and mourn the dead after heavy losses, and bloodthirsty enemies who pursue revenge at all costs are vilified. Poems and tales of battle are entertaining, but they can also be seen as a way of exploring ideas about the duties of a soldier and the ethics of warfare.

A darker side of Fionn

The Fianna are usually the 'good guys' but we can find them presented in a more negative light, especially in earlier literature. In a narrative known as Caoilte and the Ainmals, for example, Fionn reveals his secret desire to dethrone the reigning king of Ireland, Cormac mac Airt.

When Cormac imprisons Fionn, Caoilte mac Rónáin of the Fianna goes on the rampage, burning crops and killing a man in every settlement in Ireland. Caoilte infiltrates the royal court at Tara and engages in what may be seen as sexual violence, ‘giving’ the women there to men other than their partners.

From RTÉ Archives, Liam Ó Muirthile talks to Daithí Ó hÓgáin about his book on Fionn Mac Cumhaill and visits the Boyne Valley in 1988

This narrative explores the more sinister side of bands of soldiers such as the Fianna. They are useful when available to the king as mercenaries but they also have the potential to wreak devastation far and wide.

Fionn would not think much of the modern trend of the plant-based diet. One of his favourite activities is hunting and he relishes the sight of blood at the end of the chase when superfluous numbers of deer and other wild animals are slaughtered.

But there are elements of Fionn’s relationship with the natural world that can inspire the modern reader. Fionn had a deep knowledge of the landscape and many poems about him feature lists of the animals and birds whose dwelling places he knew and whose sounds he could identify. Indeed, reading descriptions of the lush natural world he inhabited can bring a pang to the heart of any contemporary reader alarmed by current biodiversity loss and habitat destruction.

The character of Fionn in modern times has become a generic hero, but a different picture emerges when we read the literature

Perhaps the literature of Fionn can encourage us to imagine a future world where nature is more present in our day-to-day lives, a place where we celebrate the flora and fauna of our localities as readily as we celebrate sporting and historical heroes?

The character of Fionn in modern times has arguably become flattened into a generic hero, an easily marketable symbol of Old Ireland, but a different picture emerges when we read the literature. The world of Fionn mac Cumhaill can be seen as a creative medium that allowed poets and storytellers over the centuries to explore ideas and ways of being. Fionn is a complex character: he is not always likeable but he is certainly thought-provoking.

Dr Síle Ní Mhurchú is a lecturer in the Department of Modern Irish, UCC