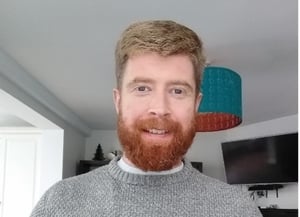 Analysis: stories of some of the last Irish speakers in areas where it's no longer the native language can be found in folklore archives

Language shift is the process where a population changes from using one language to another. UNESCO's Atlas of the World's Languages in Danger estimates that about 6,000 languages are spoken in the world today, and that roughly half of these languages are endangered. Most regions of Ireland have gone through this process of language shift, where the originally Irish-speaking population became English speakers.

The National Folklore Collection contains material including the Schools’ Collection, collected by schoolchildren in the late 1930s, and the Main Manuscript Collection, carried out mostly by full-time folklore collectors over a wider period. These two unique collections give an interesting insight into the process of language shift.

From RTÉ Radio 1's History Show, Pádraig Óg Ó'Ruairc on how the use of the Irish language was discouraged and curtailed over the centuries

In the late stages of language shift, we are often left with a small group of people, usually of an older generation, who can speak the original language, which younger people no longer understand. In Ireland, this process often went unrecorded, particularly in those places where the language died prior to the late 19th century, when the Gaelic Revival reignited interest in the language. There are a number of references in the folklore collections to some of the last native speakers in areas where Irish no longer survives as a native language.

Often the last remaining Irish speakers in an area were people who, for one reason or another, were raised by their grandparents. These people were unique among their own generation. They sometimes functioned as interpreters between their peer group and older generations. We see an example of this from Co. Monaghan in the Schools’ Collection, where a young girl was raised by her grandmother, Mrs O'Connor - a monolingual Irish speaker. This account also gives a stark picture of how quickly language shift happened between generations:

None of the Connolly Family could speak Irish except one girl who was reared by her Grandmother (Mrs O'Connor). When the others visited their grandmother this girl would have to act as interpreter so that the Grandmother could converse with her own grandchildren.

From RTÉ Archives, fluent Irish speaker from England Daithí Kimber talks about the importance of the Irish language to RTÉ News in 1967

We also see examples where the last remaining Irish speakers acted as interpreters when communicating with people from localities where the language was still spoken. An anecdote from Bansha in Co. Tipperary relates how an old man named Tom Dalton, who was a native speaker, would bargain for his neighbours at fairs frequented by Irish speakers from Co. Waterford:

It was very interesting and amusing for the non-Irish speakers to hear him and a Waterford man making a bargain.

Irish survived in parts of west Clare into the late 20th century. The writer Liam Ó Muirthile, for example, recorded native speakers in the north-west of the county for the Irish-language programme Súil Thart in 1980. In the Schools’ Collection, however, we find reference to the last remaining native speaker in Stonehall, next to Shannon in southeast Clare: some sixty years ago Moghane was entirely Irish-speaking, and now there is left Pat Buckley the only one of the old stock who can speak Irish

From RTÉ Radio 1's The Rolling Wave, one of Ireland's foremost poets, Liam O Muirthile, remembered in his own words and choice of music

The language also survived well into the 20th century in Co. Louth. A pupil from Cornamucklagh on the border with Co. Armagh reported that a number of people in that townland could speak Irish. They seem to be mostly from the older generation and were gradually dying off at the time: some of the people of Cornamuckla can speak Irish. Among these is Mr Maguire who is an old age pensioner. He resides alone. Most of the Irish speakers in the townland have died in recent years.

Irish retreated earlier in some parts of the country than others. English was the dominant language in much of Leinster by the time of the famine, for example. But in an interesting collection of interviews with the older generation on the Carlow-Laois border from 1935, a number of people recall Irish being spoken in that locality in their youth. One man recounted that when he was a boy around the 1870s: there were two old men, Pat Shine and John Horihan, and they used to be sitting over the fire at night jabbering away in Irish and having great jokes and we would never know what they were laughing at.

The National Folklore Collection contains a wealth of information across a wide range of themes. It immerses us into life in Ireland from 1930s stretching back almost one hundred years into the living memory of the older generations of the time. References to native speakers from the Collection give a fascinating insight into how such speakers were viewed in their communities and into the process of language shift itself.

Justin Ó Gliasáin is a postdoctoral researcher on the Dúchas.ie project based in Fiontar & Scoil na Gaeilge at DCU