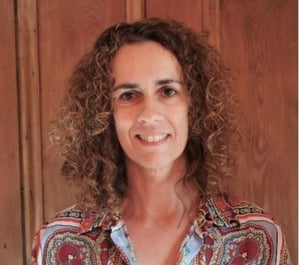 Analysis: we subconsciously choose our words carefully when it comes to keeping the conversation indirect and polite

You are sitting in a restaurant, chewing on your tough steak and eating your overdone vegetables, when the waiter comes along to ask how is your meal. "Lovely, thanks" you reply. while muttering something else completely under your breath. We’ve all done it! This indirectness or, in many cases, refusal to utter out loud what we really mean can be described as an Irish trait, but is it simply a case of us being nice and not wanting to offend others? In fact, there are multiple reasons why we don’t always say what we really mean.

Politeness in conversation has been widely studied by linguists. There are multiple layers or levels of politeness. The first level is explicit, the one we can all recognise. We learn "the rules" as children: always say please and thank you and say 'sorry' if you are at fault.

As a nation, we have elevated this to a higher level. Studies have shown that the Irish utter "thank you" more frequently than other cultures. It’s part of every conversational exchange and it seems to be inbuilt in us that we apologise even when we’re not at fault. We can appreciate the humour in Ardal O'Hanlon’s story of being mugged on a Dublin bus where both he and the mugger ended up apologising several times to each other.

From RTÉ One's Saturday Night With Miriam in 2013, Ardal O'Hanlon on the difference between the Irish and English

Delving into the second implicit level of politeness, there are a myriad of ways that the Irish display this in conversation. We love to talk, but have a tendency to talk around a subject rather than directly address the question or point being raised. Some cultural studies explain our propensity for conversation as being connected to Gaelic whereas the response contains the verb used in the question (e.g. "táim"), prompting a more wordy answer as opposed to a simple yes/no answer. Other language studies have connected our verbal verbosity to our need to demonstrate hospitality and friendliness: it would be rude not to engage in conversation.

However, this doesn't fully explain the indirectness in conversation which is known in linguistic terms as "the silence of the Irish". This is attributed to the politeness concept of face saving where the speakers don’t want to expose themselves or others to potential insult or even just overt attention.

The O'Donovan brothers provide us with a good example of this in their infamous interview at the Rio Olympics in 2016 where they chat animatedly about their steak dinner, but are more hesitant to talk about their personal "dream come true" the interviewer wants to focus on. Their personal gameplan for the Olympic final is to "pull like a dog", but they use factual, direct wording when they move on to talk about the sport of rowing at a national level.

From RTÉ Sports, Rio 2016 interview with the O'Donovan brothers

The Irish subconsciously choose their words carefully when it comes to keeping the conversation indirect. Vague language is frequently deployed as displayed by the father in the recent ad for a mobile phone network provider. When asked by his son over the phone how he really is (his fourth attempt to get his Dad to answer), his answer sums up a typical Irish response of 'ah sure, you know yourself'.

We use minimisers in conversation to avoid directness. While 'would you have a wee drink?' may be more associated with Northern counties, describing the weather as 'a bit wet out there' when there is a storm warning in effect is a nationwide utterance. We are known for our pessimism in speech. We respond 'not too bad' when asked how we are, which has a dual function of not sounding like we have too much pep in our step (getting above ourselves) and also discouraging further enquiry as to the speaker's wellbeing.

Hedging is another notable pragmatic trait in Irish speech with conversation being peppered with verbs such as 'would' which soften the request being made, for example 'would you go out with me?' as opposed to the more direct 'will you go out with me?'. In this instance, using 'would' introduces options for the response, allowing for 'I would but I’m washing my hair tonight' which in turn, saves both face for both the requestor and the responder.

Research on 'would' has shown far more usage in Irish English when compared to American English. Hedging speech also occurs through adding in unnecessary or extra words such as "like" and "now" at the end of utterances which Elaine Vaughan explains very well in a previous Brainstorm piece. Her research has also shown that 'now' as a hedging marker in speech occurs far more in Irish English over British English. A simple expression such as 'there you go now' softens the impact of the pointing out a fact with the use of 'now'.

All of this prompts the question are the Irish able to successfully communicate with other cultures if we are so indirect in our speech? Is our terminal politeness in the workplace causing conflict and leading to passive-aggressiveness? The answer here depends on multiple factors such as established communication norms and effective leadership to manage open and direct communication practices.

In my recent research on successful communication behaviour in the technology sector, Irish professionals gave explicit feedback about the language that they use in their daily working lives: they avoid Irishisms and ensure that their verbal message is delivered in a clear and concise manner. Direct language is used to get the job done.

Gail Flanagan is a PhD Candidate in the School of Modern Languages and Applied Linguistics at University of Limerick. She is a current Irish Research Council awardee.