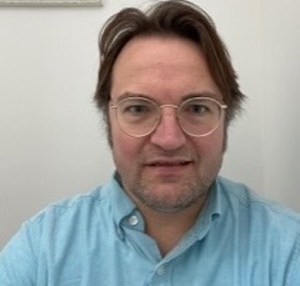 Analysis: the success of the Welsh team reaching the World Cup comes at the time of a growing interest at home in an independent Wales

Wales play in the World Cup for the first time since 1958 at a time when national separatism within the UK has perhaps been at its strongest since its inception. Much has been made about a possible second referendum in Scotland and of the move towards a United Ireland, especially in light of Brexit, but less has been made about the national revival in Wales.

Politically this is understandable. Despite support for full independence increasing dramatically in the last few years, it still only reaches 30% in generous polls and only has a few percentage points higher than those who favour abolishing the Welsh Parliament (the Senedd) altogether. Yet, both culturally and politically, a new movement which has been termed as indy-curious has arisen to the extent that the dominant Welsh Labour Party no longer discounts a break with the Union in the long term.

From ITV News in May 2019, thousands march through the streets of Cardiff calling for an independent Wales

The growing support of the Welsh soccer team has fully tapped into this new indy-curious sentiment. The Red Wall, the name given to the official Welsh FA supporters club, has gained a close affinity which grassroots independence groups such as Yes Cymru and AUOB Cymru. Fan groups have been quick to create a carnival life atmosphere at matches, where politics and political campaigns are close at hand.

Culturally of course, Wales has been associated with rugby union to an extent that it seemed Welsh identity began and ended on a rugby pitch. Whilst rugby continues to be a national obsession – best reflected by Welsh national newspaper The Western Mail's obsession with giving greater attention to internal squabbles within the Welsh Rugby Union than to national or global events – it has never garnered such political significance. When it has, such as with the late Phil Bennett's famous address to teammates before playing England in 1977, it was very much used with a sporting victory as opposed to a political one in mind.

Not only has it been the official anthem for the soccer team, with Iwan himself regularly singing it before key matches but its accompanying video for the World Cup stands out spectacularly. The video mixes in clips of both the high points and low points of Welsh football of the last 50 years with footage of the language protests of the 1960s, the flooding of the Tryweryn Valley in 1965, the miners' strike and the devolution referendum victory in 1997. Even better, the video captures the new mood of separatism – in some form – felt in large parts of contemporary Wales in a way that goes far beyond soccer.

One could say that if rugby captures the obsession with a particular sport by a nation, then soccer represents a wider movement of national identity which is increasingly looking to re-define itself in light of a faltering United Kingdom. Soccer also represents the whole of Wales. In large parts of North Wales and some parts of West Wales, it was always a more popular game.

Not only was it popular with the Northeast areas of Flintshire, close to Merseyside, where Ian Rush and the late Gary Speed hailed from, but also with the Welsh speaking areas of the West Coast. Its origins are not in Cardiff or the Valleys but in Wrexham, where the Racecourse Ground remains the oldest remaining international football stadium. As such, the soccer team is far more representative of the nation in its entirety, as opposed to one determined by a specific hegemonic region of the country.

From The Guardian, 'that's the blood of Wales': actor Michael Sheen gives a rousing speech to the Welsh national team

The World Cup will place Wales on a world stage and the Red Wall will be keen to promote this more indy-curious, indy-aware Wales - and indeed one that is slowly becoming more confident. The recent application to FIFA to change their name from Wales to Cymru is one indication of this in the sporting sense, in the same way the Welsh Government governed the Covid crisis independently – and with considerably less controversy – from Westminster.

Yet this is only one version of Wales. Unlike their Celtic cousins, they voted for Brexit alongside England. But what has become evident in recent studies is that those associating with being Welsh or Welsh-British tended to vote remain and those who considered themselves British or as English-living in Wales voted leave.

READ: What do the Irish and the Welsh make of each other?

Soccer fans and their political articulation often offer one representation of their nation they represent which is often not reflective of its wider society. As we know, England have tended to associate themselves on the soccer stage with confrontational songs and a violence, hardly representative of English culture, yet often representative of a specific form of reactionary English nationalism. For Wales, a different nationalism will be on show. It's one rooted in an alternative Celtic nationalism and one politicised - consciously or unconsciously - every time Yma O Hyd is sung.

Prof Owen Worth is the Head of Politics and Public Administration at the University of Limerick.