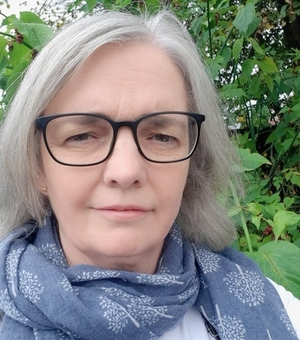 Analysis: Connla Mac an Leagha's 16th century collection contains many remedies and treatments intended to enhance the appearance of the medieval Irish man and woman

Although there are around 100 Irish-language medical manuscripts dating from between 1400 and 1600 in libraries in Ireland and elsewhere, this is an understudied part of our written heritage. A typical medical manuscript contains theoretical material, collections of remedies, reference lists and glossaries. A large proportion of the content is Irish translations of the Latin texts that were taught in the continental centres of learning in places like Salerno and Montpellier.

While the Irish scribes name authors such as Galen, Hippocrates, Pliny and Constantine the African, there is also evidence of adaptation of the source material and inclusion of original Irish material. The physician-scribes' names are found in scribal notes at the end of texts and within the margins of the manuscripts. These scholars were from hereditary medical families and among the most famous of these are the names: Ó hÍceadha, Ó Conchubhair, Ó Caiside, Ó Siadhail and Mac an Leagha.

One such manuscript, now called 24 B 3 in the Royal Irish Academy, was compiled by Connla Mac an Leagha around the turn of the 16th century and a digitised version can now be viewed on the Irish Script on Screen project. It is likely that Connla was a practising physician under the patronage of the Mac Diarmada lords in the medieval kingdom of Magh Luirg (Moylurg) in Roscommon. He assembled a collection of about 920 remedies, charms and prayers, arranged in head-to-toe order. Copies of many of the remedies in this Irish text are also found in other European languages.

Alongside cures for ailments such as worms in the eye, dropsy, scabies, menstrual and infertility problems, are treatments to enhance the appearance of the medieval Irish man and woman. The text begins with remedies for disorders of the hair and scalp and this first chapter contains many treatments for infestations by mites or lice, premature greying and hair loss.

From RTÉ Brainstorm, what was it like to go to the doctor in medieval Ireland?

The selected remedies below are for lotions or ointments which are rubbed onto the head. The lack of measurements and detailed instructions is typical of medieval medical remedies. It can be assumed that the user already has a great deal of familiarity with such material and knows how to diagnose conditions and prepare the remedies listed.

For example, one remedy in Connla's collection suggests that worms and mites on the scalp and face might be cured by crushing a stem of foxglove and root of dock and elecampane, cooking them in goat's milk or goat's butter, and applying this solution to the parts of the head or face where the mites and worms are found. Worms, visible and invisible, are often named as the cause of different afflictions including toothache and earache. This remedy is typical of one found in a medieval collection in that the text offers no specific measurements or any indication as to whether one single treatment will suffice or whether it needs to be repeated.

To encourage regrowth of hair a poultice made from crushed chickweed, a common plant, and goat's dung can be applied to the head. The lack of detail in this recipe for a poultice points to the assumption that the reader will understand that this vile-sounding concoction needs to be applied to the head and then kept in place with some kind of cloth.

In another treatment for hair loss we are instructed to crush two plants, meadow-sweet and plantain, and mix them with sheep’s fat, fresh butter and sheep’s dung. These ingredients need to be cooked and strained and applied to the head after it has been shaved. Although it doesn’t specify that it should be cooled, common sense would probably dictate that sheep’s fat, butter and dung are best not applied to any head, bald or not, at high temperatures. After this mixture had been strained and cooled it would form a semi-solid ointment which could be rubbed into the scalp.

From RTÉ Brainstorm, how Medieval Ireland's learned pilgrims and cheeky philosophers had an impact on France

Anyone for some hair dye using white cabbage?

Recipes for hair dye to conceal grey hair were in demand too. To blacken hair, add hot water to powdered oak gall and the juice of white cabbage and and rub it through the hair and finally cover it with a cabbage leaf. Powdered oak galls were traditionally used to make dark brown ink but this is evidence of another use. The cabbage leaf is perhaps a prototype of the plastic cap which is now used to cover hair being dyed.

For every type of balding, lots of mice are put into a clay vessel with a lid on top and then the whole lot is buried. After a year has passed, it is opened and the contents are applied to the bald head. Such is the potency of this treatment that the person applying the mixture is advised to wear gloves in order to prevent hair growing from the tips of the fingers. This warning is also found in a version of this remedy in British Library Harley Manuscript 546, which contains another Irish collection of cures written in 1459.

Pliny was a Roman scholar who lived in the first century BC. He wrote the widely circulated encyclopedia known as the Natural History and is believed to be the source of these more bizarre types of remedy which often include animals and animal parts as ingredients. Pliny’s version says that the ashes of a mouse’s head or tail, or indeed, the whole body will make hair grow again. If there was any scepticism on behalf of the scribe for instructions such as this, it is not obvious within the text.

Please do not try these at home!

Dr Siobhán Barrett works in the Early Irish Department of Maynooth University. She is a post-doctoral researcher in the project LEIGHEAS, Language, Education and Medical Learning in the Premodern Gaelic World, which is funded by the Irish Research Council.