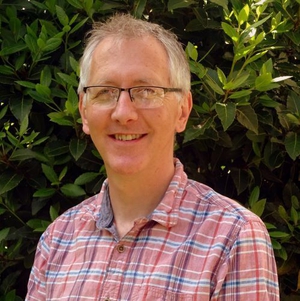 Opinion: a slew of actors have taken over the Doctor Who role in recent years, but doubts remain if this casting has reinvigorated the show

In July 2017, the BBC aired a short teaser revealing the new Doctor Who. In an arguably overdue break from a sequence of 12 white males, Jodie Whittaker was cast to take on the role as a replacement for Peter Capaldi.

A couple of weeks ago, at the climax of a feature-length episode celebrating 100 years of the BBC, Whittaker regenerated into David Tennant (who has already played the title role). It's therefore a good time to ask if the opportunity for reinvigorating the show, which this casting provided, was successfully grasped.

Doctor Who first aired in November 1963, running for 26 years before being axed in 1989. It was relaunched in 2005 and has enjoyed huge success under the stewardship of acclaimed writer Russell T. Davies. The show is in numerous ways a characteristically British oddity. There is the whimsical premise of the mysterious central character, a humanoid alien who can travel anywhere in time and space. He does so, moreover, in a spaceship disguised as a police box, vastly bigger on the inside than the exterior.

From BBC, the thirteenth Doctor Who revealed

So far, so eccentrically British. But at a deeper level, at least in its original guise, the show reflects the post-imperial Britain from which it emerged. On the one hand, the programme tended to be liberal-left leaning, with the Doctor an anti-establishment adventurer battling evil tyrants and monsters.

On the other, until Whittaker came along, he was a learned and patrician white male, his authority granted by hailing from an apparently 'superior’ race. Moreover, he entered alien situations and solved problems for often ‘primitive’ locals. The Doctor as originally conceived was thus a comforting figure for a Britain still reluctant to acknowledge the violence of its colonialist past, and the uncertainty of its post-imperialist present.

In its original run, Doctor Who was not only quintessentially British, but also distinctly male. The subject matter and the male central character helped to produce not only a male-orientated programme, but also a predominantly male fanbase. Davies was keen to address these issues when relaunching the show in 2005. He deftly cast a markedly more working-class Doctor, played by northerner Christopher Eccleston, accompanied by Billie Piper's Rose. Davies skilfully reintroduced the show’s premises to a new audience through Rose’s eyes, thereby attracting a new legion of female fans to the show.

By 2017, audiences had encountered a further three Doctors after Eccleston, all of them played by white males (Tennant, Matt Smith and Capaldi). In this sense, the show was beginning to feel anachronistic. The arrival of Whittaker as the first non-male Doctor therefore represented a significant opportunity to revivify the show and re-engage with the apparently jaded audience.

As well as the change to the star, experienced writer Chris Chibnall arrived behind the scenes as showrunner. Chibnall had written a few episodes for the revived series but was best known for his Scandi-noirish ITV series, Broadchurch. Chibnall and Whitaker’s first episode aired in October 2018. While initial viewing figures were impressive, they have gradually declined over the past few years, albeit in an environment of multi-channel streaming services and generally lower TV viewing figures. Neither has this period of the show enjoyed sustained critical success, beyond a generally positive reaction to the progressive casting of the central character. Why is this?

Criticism has been levelled at Chibnall’s characterisation of the 13th Doctor, which is justifiable. After taking the brave decision to introduce a female Doctor, Chibnall failed to construct much in terms of character. Whittaker did her best with the material, but the result is arguably the most vapid depiction of the show’s protagonist ever seen. It is as if once Chibnall had cast a woman in the role, then that was enough of a challenge for audiences.

From RTÉ 2fm's Dave Fanning Show, Dr Harvey O'Brien from UCD on the incredible success of the Doctor Who character down the years

More disastrously, this Doctor conforms to certain gender stereotypes, being noticeably more passive than previous versions. For example, her Doctor begins the 2021 New Years’ Day special, Revolution of the Daleks, in a prison cell. This is not only narratively dull, but worse is that fact that she doesn’t effect her own escape and instead need a man to release her. Chibnall’s scripting in such instances is actively counterproductive, having cast a female actor but then characterised her as a strikingly ineffectual version of the Doctor.

Whittaker's Doctor’s passivity is also thrown into relief by the role of one of her companions, Graham played by Bradley Walsh. He is by contrast a rounded character, frequently central to the narrative, and very much a beacon of virtue (and, like Chibnall, a white middle-aged man). The strength of Graham’s characterisation makes something of a mockery of apparently breaking the mould with a female Doctor.

It would seem arguably a retrograde step that with Davies reassuming the showrunning role, the last Whittaker episode concluded with her regenerating (back) into Tennant. A sad admission, even, that the female Doctor experiment didn’t work.

But I see this as something of a reset. Apparently, Tennant is only returning for a handful of episodes before we get another Doctor Who with the Rwandan-Scottish actor Ncuti Gatwa assuming the role. Gatwa will become the first black actor to lead the series. It may be a few years before we see another woman in the part – and hopefully then the character will be better conceived – but at least the unbroken sequence of white male Doctors seems to be something we’ve time-travelled away from.