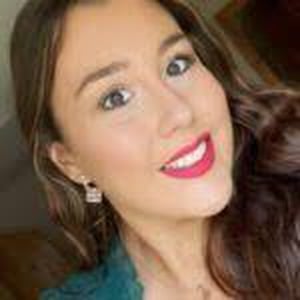 Analysis: a happy homecoming turned to tragedy in 1935 when 20 people were killed after their boat hit a rock in Co Donegal

'It never leaves my mind… The sight I seen that night was something terrible... It seems I had to survive to tell the tale'.

These are the poignant words of Patrick Gallagher about the Arranmore disaster in 1935. A boat full of migratory workers, on the last stage of their way home from the Scottish harvest fields, set out from Burtonport to Arranmore in Co Donegal. They had almost reached their destination when the boat struck a rock, and a happy homecoming was turned into tragedy in an instant. Patrick Gallagher was the only survivor and was found the next morning, clinging to an upturned boat and holding the body of his dead brother.

From RTÉ Archives, Tommie Gorman reports for RTÉ News on the 50th anniversary of the tragedy, including an interview with sole survivor Patrick Gallagher

On November 9th 1935, Gallagher, his father Edward, his brother, and three neighbours departed Arranmore around 2.45pm. It was a Saturday and they travelled by boat to the mainland to welcome home friends and family who were returning from working the potato harvest in Scotland. This was known as ‘tattiehoking’ and the labourers had been gone for almost six months. It was tough work involving harsh working conditions and poor living quarters. Squads of tattiehokers usually came from the same community and were comprised of many members of the same families.

At 5.45pm, the boat left Burtonport bound for Arranmore. There were 20 people, 16 men and four women onboard. According to Gallagher, both returning labourers and their loved ones who had gone to meet them were excitedly talking and singing among themselves. His father, Edward, was steering and John Rodgers was in the look-out forward, both highly experienced seamen.

As they approached Arranmore Island at around 6.20pm, a layer of fog had descended and heavy rain began to fall with strong gusts of wind. The islanders tore the sail from the mast, but it was too late. The speed of the boat carried her up onto a rock, throwing the passengers backwards into the sea, and tearing a hole in the keel.

Some made it on to the keel from the water, but the momentum carried the boat into another rock. The boat capsized and the passengers fell once again, many of whom could not swim. This time, just one individual made it back to the keel, Patrick Gallagher, who helped his father Edward and brother John up with him.

The three men began calling out for help, but their calls were in vain. A few hours later, Edward passed away and slipped into the water. John became delirious, and Patrick sang Irish songs to cheer him up. At one stage, when asked if he knew where he was, John replied ‘at Crolly station’. During the early morning, Patrick turned to his brother and realised that he had died in his arms. Patrick did not let John go, holding him until they were found the next morning.

Because of the adverse weather conditions, the islanders assumed that those who had not returned had simply spent the night on the mainland. The following morning, Charlie Gallagher looked out to sea and saw an upturned boat. He led a team of men towards the yawl and found Patrick, who had been clinging on for 15 hours at this stage. He was the sole survivor, having lost his father, four brothers and two sisters.

From RTÉ Radio 1's Documentary On One, A Winter's Night On Arranmore visits the island in 1978

The news of the tragedy quickly spread through the island. A search party was organised and nine bodies were found. A few days later, the funeral of the nine victims occurred at Arranmore Church where large crowds gathered. Sobs of grief reached a crescendo as the victims were lowered into the communal grave that had been dug to receive them.

Not all of the victims were recovered in the immediate aftermath of the tragedy. While the bodies of eight more victims washed ashore over the coming weeks, the remains of Kitty O’Donnell (45) and Hannah Gallagher (21) were never found.

In an article published a few days after the tragedy, the Belfast Newsletter described the plight of the islanders: ‘The inhabitants of Arranmore are a hardy race who live in the midst of perils. Their occupation takes them to sea in small boats which are in imminent danger of becoming swamped by the gales and heavy seas that arise suddenly off the coast […] The people are so intermarried as to form one large family, and consequently there is probably not a household in the island to-day that does not mourn the loss of a relative’.

A fund for the relief of the relatives and dependents of the victims of the disaster was established, which eventually raised £18,000. The fund was partially used to put beacons on the rocks surrounding the island.

Patrick Gallagher died on June 25th 1987, and was buried with those lost on that tragic night in 1935. On this day, 87 years later we remember him, and all the victims of the Arranmore disaster:

Megan McAuley is a third-year PhD Candidate in the Department of History at Maynooth University.