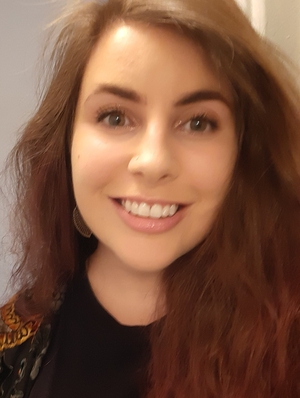 Analysis: thousands of people develop sepsis every year in Ireland and a fifth die, so how do we prevent this life-threatening illness?

We've all heard of sepsis, but do we know what it is? The general definition used to describe sepsis often goes something like this: 'Sepsis is a life-threatening response to an infection in the body.’

But what exactly does this mean? We get infections all the time - invaders such as bacteria and viruses that cause ailments like tonsillitis, conjunctivitis or flu invade our bodies and make us ill, but we can often handle these and get well without medical intervention. This is because human body has a natural army to defend against these pathogenic invaders known collectively as the immune system. The immune system is made up of a variety of specialised organs, cells, and proteins (such as antibodies) that are experts at killing and clearing these foreign microbes.

So what exactly goes wrong in sepsis that allow infections to become life threatening? During sepsis the immune system overreacts; that is, the immune response against the invading microbes causing an infection is so intense that many human tissues and organs become collateral damage. In an effort to kill the invading microbes, the immune system attacks the body's own tissues and cells which become damaged and injured, which causes an inflammation that spirals out of control.

From RTÉ Radio 1's Drivetime, the HSE's Dr Martina Healy on the importance of early recognition and treatment of sepsis

Once the immune system is activated it causes a domino effect of inflamed tissues seen in sepsis, and once started it is very difficult to stop. It rapidly becomes a life-threatening illness, where medical attention should be sought immediately.

According to the World Health Organization (WHO) sepsis causes 1 in 5 of global deaths each year. In Ireland alone, over 12,000 people developed sepsis in 2019 and over 18% of died in hospital. Sepsis is complicated by organ failure occurring in many patients. For example, up to 42% of patients will develop respiratory failure, 36% cardiovascular failure, 32% kidney failure, 15% haematological failure, 9% liver failure and 9% brain failure. Even patients that recover from sepsis are often left with life changing debilitating consequences.

Sepsis can affect anyone regardless of age or health status. That said, there are certain groups of people who have increased vulnerability to developing sepsis including elderly persons, new-born babies, pregnant or recently pregnant persons, and individuals who are currently in hospital or in the intensive care unit. Certain medical conditions can make people more susceptible to sepsis, including cancer, autoimmune conditions, kidney disease, liver cirrhosis, HIV or AIDS.

Sepsis is treatable, but we must act quickly. There are two main approaches to avoiding sepsis. First, preventing the initial microbial transmission and infection in both the general population and also in healthcare settings. This involves using good hygiene practices from handwashing, protecting your nose and mouth when you cough or sneeze, safe food preparation, consuming safe water, and accepting available vaccines against pathogens. These approaches are important when we consider that globally in 2017 diarrhoeal diseases were the largest contributors to sepsis, while respiratory infections caused the largest number of sepsis-related deaths.

The second step is to prevent an infection advancing to sepsis. Early detection of sepsis, seeking medical attention urgently and prompt administration of antibiotics where appropriate all help to combat sepsis. Therefore, probably the most important things we can do to combat sepsis is to recognise the symptoms and seek medical attention urgently for best patient outcomes.

These are displayed on the side of many Irish emergency ambulance and paramedic unit vehicles. The following is an acronym for sepsis symptoms:

I - It feels like you are going to die

Other symptoms may also include:

Sepsis is a deadly reaction to any infection. One-in-five deaths globally is associated with sepsis.

The latest three ambulances added to our fleet carry a graphic listing common signs of sepsis.

Now let's do some myth Busting

False. Sepsis is not contagious, as it is an overreaction of the persons immune system which cannot be transmitted to another person. However, the precursor to sepsis is an infection, which can be contagious.

Recovery is possible if sepsis is identified early

True. Recovery from sepsis is possible, but it is important to highlight that early detection of sepsis is critical. Of global sepsis survivors one third of them will die within a year of having sepsis, one sixth will suffer from a significant morbidity and 40% will be re-hospitalised within 90 days of being discharged from hospital.

From RTÉ PrimeTime, Conor Wilson reports on sepsis, the infection that can bring perfectly healthy people to the brink of death

True. While globally there is a higher incidence of women developing sepsis, mortality from sepsis is higher in men.

Low and middle income countries are at greater risk of sepsis

On a positive note, sepsis cases have decreased 21% from 2017 to 2019 in Ireland. Hopefully, this positive metric will continue to improve in the future and is in part thanks to increased education campaigns and changes in medical definitions of sepsis used in hospitals. By knowing the symptoms, tips for prevention and acting urgently when sepsis is suspected, the figures of both cases and mortality can continue to decrease in Ireland. Don't be afraid to ask -- 'Could it be Sepsis?' -- it could save someone’s life.

For further information related to sepsis can be found on the HSE and WHO websites. What the world's oldest people can teach us about living longer