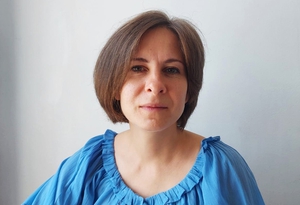 Opinion: thinking that we are living in a simulation can have serious implications for social relations and attitudes to the environment

Is our world a computer simulation? Is everything we see and experience not real? The idea that we live in an elaborate virtual reality is probably the biggest conspiracy theory of all and, as such, cannot be ultimately proven or disproven. It is not new: elements of it can be traced to Plato's Cave Allegory and Zhuangzi's Butterfly Dream. The simulation hypothesis was given philosophical and scientific currency in the 21st century by a technophilic philosopher Nick Bostrom in his paper "Are You Living in a Computer Simulation?" in 2003.

The debates on the reality of our world have not subsided in philosophical and scientific discourse since then. Books supporting the hypothesis, like David J Chalmers’ Reality+: Virtual Worlds and the Problem of Philosophy, or contending it, like Guido Tonelli's Genesis: The Story of How Everything Began, are published regularly. The simulation hypothesis is recurrent in popular culture: the Wachowskis' cult movie The Matrix released in 1999 started an influential and long franchise: the latest installments, The Matrix Resurrections movie, and The Matrix Awakens video game, were both released in 2021.

In the heated debates around the simulation hypothesis, people who are the most suspicious of the simulation hypothesis are those who literally research the matter of the world every day – the physics community. But their objections are far less visible than the vocal support of people like Elon Musk, the technocratic mogul who claims that we "most likely are in simulation", and his opinion certainly gives the hypothesis gravity in the eyes of many, especially young men.

The popularity of this hypothesis in cultural, philosophical, and scholarly discourses raises concerns, voiced by Nathan J. Robinson and Justin E.H. Smith. Indeed, thinking that we are living in a simulation can have serious implications for social relations and attitudes to the environment. After all, when the boundary between the real and the virtual is blurred, people can start perceiving others as non-player characters, non-sentient algorithms, and treating them as such. And why should one care about the environment, if it just a bunch of code sequences anyway?

From Science, Technology & the Future, interview with Nick Bostrom at the Future of Humanity Institute at Oxford University about the simulation argument

Simulations and virtual reality are inherently connected with the gaming experience and seeing the world as a simulation transfers the logics of video games onto real world behaviours. Many games, including role-playing games, strategy games, and even shooters, are based on the ideas of explorations, expansion and exclusion. They perpetuate and fuel a series of harmful attitudes historically connected with colonisation practices, seeing the world as a place of subjugation and exploitation, and setting clear boundaries between the self – to be preserved – and other – to be destroyed.

The fun and thrill of seeing the world as a playground that can be turned into a 1960s science fiction theme park is undeniable, especially when one has the power to do so. Moreover, following the logic of a computer game, Earth is one of many locations to be explored. The exploration and expansion logic presupposes moving forward, when one location is perceived as thoroughly known and thus uninteresting. Other planets and systems become the unexplored maps, where the players can continue their quest.

From RTÉ Radio 1's Today with Claire Byrne, The Irish Independent's Adrian Weckler and The Irish Times' Finn McRemond on the selection of Elon Musk as Time Man of the year for 2021

Is it surprising then to hear technocratic elites like Musk talking about space tourism, terraforming of Mars and colonies on the Moon? These new locations, full of undiscovered boons, continue to tempt the players in their quest of colonisation beyond the planetary boundaries.

The underlying precept of unlimited expansion allows players not to care that much about the environmental harm, climate change, and other dire consequences of this consumerist approach. The locations left behind are forgotten and only have sentimental value. The seeming success of the reckless extraction strategy discourages the search for alternative approaches to the environment.

A similar shadow of disposability and interchangeability covers people, especially those who are powerless to resist narratives imposed on them by power, inequality and biases. They are turned into nonperson characters in the game, reduced to a single function or a phrase, repeated day after day. They are shop assistants, cleaners, and bank clerks. All the diversity of their experiences and backgrounds is obliterated by the utilitarian computer game approach, subjugating them to the "hero story" of the colonial conquest.

However, what works for a video game does not work on the scale of the planet – simulated or not. The success, power and victories of the few go hand in hand with environmental crises and suffering of people, marginalised by their race, gender, sexual orientation, disability and other factors influencing their lives. The rules of this simulation seem to show that exploitative strategies result only in deterioration and needs to be reconsidered.

Seeing the world as a simulation, a computer game is not helpful. The new strategies of interaction with the world cannot be based on an exploitative colonisation mindset. Instead, they need to be centred on community and respect to the planet. No matter how tempting the mindless consumerism seems, the reality of sustaining human society and environment is a complicated process. There are multiple factors to account for and it requires everyone's care, but especially those who have power and are unfortunately prone to thinking that the world and people are simulated, and thus disposable.

Iuliia Ibragimova is a PhD candidate in the School of English at DCU. She is an Irish Research Council awardee