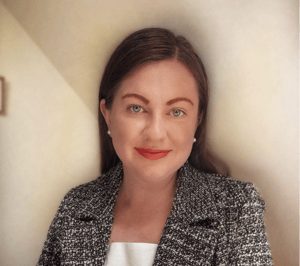 Analysis: while the rest of the world tries to understand why women opt out of tech jobs, Malaysia is proving to be an exception

Gender imbalance in STEM subjects is a well-discussed topic. Although we often refer to "STEM" in general, the problem is mostly relevant to the "non-living" subjects: computing, engineering, mathematics as opposed to, for instance, biology or medical science. It is notable that women show overrepresentation in higher education in sciences overall, which we can see in the UK, but the situation is still concerning in the tech field. Employers are desperately seeking qualified staff and women could certainly help to fill the gap.

However, there's an issue with that: only 19% of tech specialists in the EU last year were women. This is logical, because there is nowhere for them to come from: for instance. In Ireland, only 14.8% of tech students are female. Dig deeper and these numbers are even more alarming than they seem at first glance. An Accenture report claims that half of the women in tech drop out by the age of 35. This phenomenon has become known as the "leaky pipeline", which describes the "evaporation" of women's presence in STEM at any stage before they reach senior roles.

From RTÉ Radio 1's The Business, just 25% of STEM jobs in Ireland are held by women

Why does the pipeline leak? Reasons include family matters, loss of confidence and belonging, cultural aspects and stereotypes of the tech field being a male domain, cultural aspects, etc. There's been a lot of research carried out on how to improve recruitment and retention of women with continuous efforts needed.

But there are exceptions to every rule and one of those is Malaysia. A World Bank report states that there is no restriction on employment, even though the most important role for women according to Malay Islamic law is family responsibilities. A 2021 report confirms that 55% of Malay professionals are females. Malaysia achieved gender balance not only in engineering (45% are women), science, maths and computing (61% are women) and engineering/technology (49.8% of these researchers are women), but it also showed an equal participation in the tech private sector.

There is a theory about the so-called "Gender-Equality Paradox" which suggests that girls and women would be more engaged in STEM areas in countries that are less gender-equal in general. Whether Malaysia can be called a less gender-equal country in this context depends on the angle of the discussion. If we look at the general pay gap and the fact that men comprise the majority of leadership positions, this is true.

From TEDxWilsonPark, engineer Prasha Sarwate Dutra on why so many women leave their careers in STEM

It's possible that women decide to get into tech upon recognising the salary benefits of computing jobs. The current estimated gender pay gap in Ireland is around 14% and 6.6% in Malaysia, but Irish girls and women still don't choose tech.

The history of Malaysia being a British colony contributed to the segregation of the population into Malay, Chinese and Indian communities. Malays are the largest ethnical group and they enjoyed special privileges up until recently, including a quota for university admissions. According to Karlstad University professor Ulf Mellström, this opened the doors for Malay girls to more easily enter technology education.

This has likely created a pool of role models, who are important to encourage women to enter and stay in the field. Female students in Malaysia are inspired by academic and industry role models and are ready to pursue associated careers.

What can we learn from this to repair our "leaky pipeline" in Ireland?

NTNU professor Vivian Anette Lagesen argues that the relationship between computing and gender is different in Malaysia to what we know in the Western world. The office is seen as a woman-friendly setting, where women are indoors and protected. Tech fields in Malaysia are by no means associated with the "geeky" masculine stereotypes that they are in many parts of the Western world. Men do not even compete for computing jobs, and seem to be generally less ambitious than Malay women.

For Malay women, family and career as a combination is important, with computing being an option for a well-paid and secure job. Girls are encouraged to study in tech by their parents, mainly fathers, whose opinions are respected. In the 1990s, parents were encouraged by the government to take advantage of the new tech-oriented job opportunities available.

What can we learn from this to repair our "leaky pipeline" in Ireland? Carnegie Mellon researchers believe that cultural change is the answer, but this will take some time to achieve. Is our economy tech-oriented now? Yes, it is, and the Government should make more effort to highlight that.

Could we as parents or teachers encourage our girls to get into IT and other STEM fields? Yes, we could. Are our women ambitious and keen to pursue interesting careers? Definitely. Could we explain all the benefits of the future with careers in tech and point out the role models that are there, even if they are far away in Malaysia, until we shape more of our own? Absolutely. Stereotypes will not disappear overnight, but we can begin to work towards an improvement by looking at the Malaysian example.