Opinion: 'Death positivity bias' may explain why the revolutionary leader continues to captivate our imagination a century after his assassination

August 22nd is the 100th anniversary of the death of Michael Collins. His life has surpassed living memory, but he still continues to captivate people's imagination generations later. So why are people still so fascinated with Collins?

In his relatively short life, Collins had many important responsibilities in the context of a modern Ireland: revolutionary leader, chairman of the Irish provisional government, and commander-in-chief of the provisional government army. These roles are continuously repeated in the plentiful array of documentaries, written biographies and podcasts on his life.

In a poll in 2000, Collins was voted Irish Person of the 20th Century and overall Person of the Century, ahead of Nelson Mandela, Mahatma Gandhi and Mother Teresa. He was also voted Ireland’s greatest hero in the last century by a poll of Newstalk listeners who were asked who had made the greatest contribution to the country.

From RTÉ Liveline, listeners discuss how a lock of Michael Collins' hair has sold at auction for €21,000

In a national survey of 1,000 people conducted in March 2022, Michael Collins Day was the public’s top pick for a new public holiday. Although these surveys have limited reach, Collins topping the polls demonstrates how his legacy continues to endure in the public’s mind set when faced with the question of a prominent national figure.

From the beginning of his political career, Collins’s status as a military hero was an important part of his appeal. Although his role in the 1916 Rising was very much in the background - and his role was that of an organiser rather than a fighter from the beginning of guerrilla warfare in 1919 - he is traditionally depicted as the heroic leader of the IRA with almost exclusive capabilities of leading a nation towards complete independence from British rule.

The British obsession with Collins, and their failure to trace his movements despite arrest warrants contributes to the Collins’s legend. His posthumous reputation has inevitably a simplification and speculation of his attributes, experience and achievements.

Elevating the status of the dead, especially dead leaders such as Collins, is a tendency that occurs frequently. People forming more favourable appraisals of dead leaders than of equivalent living leaders is a phenomenon known as the "death positivity bias". This perception that a deceased Collins was significantly more likeable, competent and inspiring than his living peers was evident in the immediate aftermath of his death as newspapers were full of recollections, analyses and pictures of the dead leader, underlining his positive image.

Newspapers described his death as a 'calamitous tragedy’ and ‘a disaster for Ireland’. Such an outpouring of grief in national newspapers such as the Irish Times and Freeman's Journal demonstrates a period of idealisation of the dead, in which an idealised image of the deceased is formed in order to protect reverent images from revision. This idealising of the dead is an important and natural part of the bereavement process and focuses almost exclusively on the person’s positive qualities. After the assassination there was a collective desire to remember Collins well, to see him as a principled leader rather than as just another pragmatic politician.

The sudden nature of Collins’s death influences people’s perceptions and, even more so, the suspicions around his assassination also has an impact on his historical legacy. Who fired the fatal shot in Béal na Bláth, and why, remains a source of controversy and speculation that continues to fascinate as much as ever. A real life whodunit of a famous figure in Irish history is always bound to fuel conspiracy theories, many of which are entirely unprovable.

From RTÉ Radio 1's The Business, Patrick O'Sullivan Greene, author of Crowdfunding the Revolution, on Michael Collins as a finance minister

The post-assassination fashioning of Collins’ image endowed his life with a subjunctive significance – a sense of what might have been for Ireland had he not been killed. Collins was a man "cut down in his prime", in the words of the well-worn narrative, whom Irish people could mould into the leader they yearned him to be. For those who continue to idolise him, he is the charismatic leader, tempered by his experience of conflict and internment, who would have led Ireland to a much more confident future.

In 1996, Neil Jordan directed a film biopic of Collins’s life starring Liam Neeson which was a huge box office hit in Ireland. For many people, this Hollywood treatment of Collins’s life was their first introduction to his story. In fact, the Michael Collins film was originally classified as suitable for viewers of 15 years and above but this was lowered to PG because of the film’s historical significance. While some elements of the film were a historical fictionalisation of what actually happened, it elevated Collins’s historical profile and stimulated public fascination with him even more.

Another feature of the posthumous development of Collins’s image is the way his name has become ingrained in Ireland’s memory by becoming a part of the very fabric of the nation. The Royal Barracks in Dublin was renamed Collins Barracks in 1922, the same year as his death. In 1997, it became the new home for the National Museum of Ireland's decorative arts and history collection, perpetuating the idea of Collins as a military leader associated with an 18th century barracks but also with cultural education and enjoyment.

From RTÉ Archives, Colm Connolly reports for RTÉ News on the opening of the National Museum at Collins Barracks in 1997

In terms of Ireland's basic infrastructure, many streets and buildings have been named or renamed after Collins. Tourist attractions now carry his name and are the sole marketing feature in encouraging visitors including the Michael Collins Centre and Museum and Michael Collins House in Clonakilty.

There is no single, simplistic approach to an individual like Collins. As historians cast an increasingly sceptical eye over his short life, many continue to regard his reputation with admiration. Consensus will always be elusive regarding prominent historical figures, especially those involved in politics, but Collins’s image has certainly sustained from the time of the assassination to his centenary.

The elevation of Collins in the public mind is intricately linked with his untimely death, hypothetical ponderings about how much would have been possible had he lived, as well as his continuous presence in popular culture and in our streetscapes. As we are in the throes of the centenary of his death, it is important to examine the historical record for satisfying and nuanced evaluations of Collins, and not allow sentiment to overpower historical accuracy. 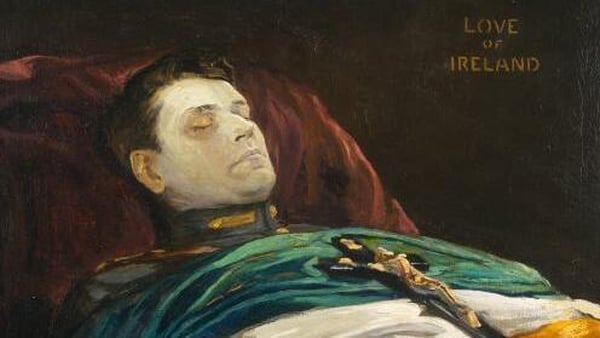 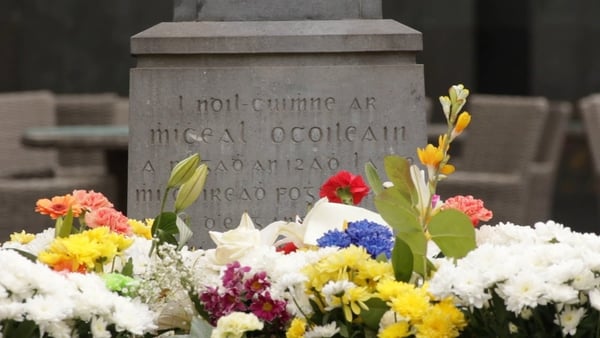 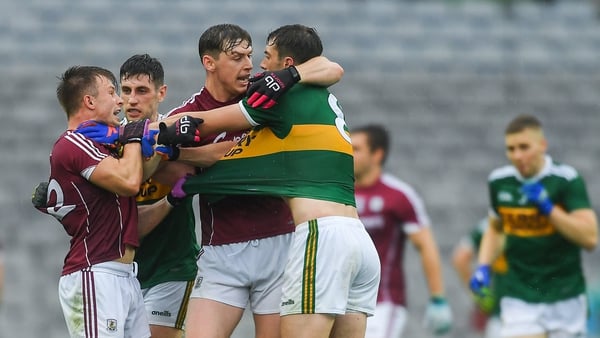