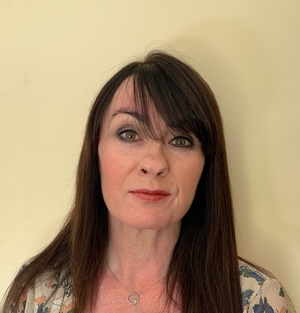 Analysis: Brexit trade issues have cast a serious shadow over cultural and religious practices for members of the Jewish faith here

The fallout from Brexit continues to make headline news, especially since the impasse at Stormont will seemingly only be resolved with the passing of the contentious Protocol Bill through the UK parliament. While both sides of the argument vie for column inches to prove their political point, the members of a small Irish community north and south of the border are attempting to retain their cultural and religious practices in the face of adversity.

At the last census, the Jewish community recorded 2,557 members in the Republic and 335 in Northern Ireland. From the first recorded Jews in Ireland in 1062, the population has ebbed and flowed, but a decrease in the latter part of the 20th century saw the closure of services vital to the Jewish way of life, including kosher grocery and butcher shops.

According to the rules of Kashrut, observant Jews must only consume food that is kosher. This has implications not only for the type of meat and fish allowed in the diet, but also the method of slaughter and preparation. At the festival of Pesach (Passover), no grain that has risen or fermented can be consumed, so all foods must be 'kosher for Passover'.

From RTÉ Radio 1's A Word In Edgeways, chair of the Jewish Historical Society of Ireland Yanky Fachler reflects on the Jewish festival of Passover

After the closure of kosher suppliers in Ireland, the community imported their produce from Manchester. However, Brexit was to pose huge difficulties for this Anglo-Irish trade. Chair of the Jewish Representative Council of Ireland, Maurice Cohen explains, "it was never the simplest to import kosher food here... the reason primarily being that the amounts that we would have are relatively small, and consequently it is a lot of trouble for a small retailer in the UK, or even for a wholesaler to ship, and the cost of shipping really makes the prices quite expensive".

Post-Brexit, however, the extra paperwork involved, including veterinary certificates in some cases, has negated any financial incentive for suppliers across the Irish sea. According to Cohen, "the crux of the matter is, nobody can be bothered, it's not worth their while. It's not cost effective. It's too expensive." To try to overcome these difficulties, the Dublin Jewish community has come together to form the Siopa Kosher in the communal hall attached to their synagogue, sourcing the goods from Europe.

But for those living north of the border, European imports are not an option. While the Belfast Jewish congregation numbers just 65 people, the Chair of Belfast Jewish Community Michael Black points out that this is not about numbers; "there’s a principle involved in all this".

Just as in Dublin, prior to Brexit almost all kosher products came from England. "It was very simple", Black explains. "We gathered together the orders, because there's only a few of us, and once every say six-eight weeks, we phoned the butcher and the deli, and they packaged it up and shipped it across. It worked very, very well".

Although the British government has put the community in touch with a carrier who is au fait with the regulations, difficulties persist. Evidence of where meat originated is required and produce has to go to a ‘trusted trader’, such as a supermarket, that can be trusted not to ship it across the border. And even with a carrier secured, the issue of supplies still remains.

Like in Dublin, Black sees that the kosher market for Northern Ireland is not financially attractive for businesses. "We have to find a willing supplier because, again... we're such a small market for them, it's not really a business, it's an obligement. And they have to jump through hoops as well". The Jewish community now has to wait three or four months between deliveries. They help each other out as best they can, offering spare produce to those that need it.

From RTÉ's Brexit Republic podcast, what's in the Northern Ireland Protocol and what's the way ahead?

Another consideration is the age profile of the small community. "There are people in day care centres... there are people in hospital who keep kosher", says Black. As part of the ongoing negotiations, the grace period for the full implementation of EU Brexit regulations was indefinitely suspended in September 2021, but Black is worried for the future. "If they do away with the grace period, what are these people going to do? It’d just be impossible for them to have kosher". Travelling to Dublin for European imports is not a solution, as the expense and inconvenience is prohibitive.

Behind the political machinations of Brexit, this is a human story of an ancient culture under duress, not only as regards diet but also sacred ritual. The Belfast community experienced great difficulty last year in sourcing the Arba’ah Minim, a very important part of the service for Sukkoth, as it is plant-based and so is subject to the restrictions.

Cohen notes the diaspora "often communicate and socialise around food and eating... our history is full of praying and eating". Brexit, it seems, has cast a shadow over both these fundamental activities for the Irish Jewish community.

Angela Hanratty is a PhD student at TU Dublin researching the history and preservation of Jewish food culture in Ireland.