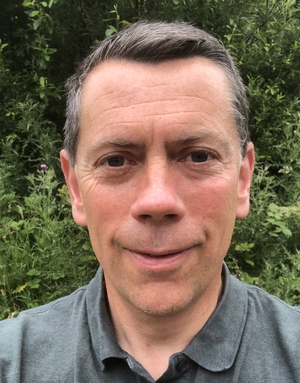 Analysis: the relatively low level of cancer in very large, long-lived mammals is a dramatic phenomenon that needs to be understood better

Cancer has been present throughout evolution. Although cancers usually affect soft tissues which do not leave traces in the fossil record, bone cancers have been described in dinosaur fossils from the Cretaceous and even as far back as a 240 million year-old Triassic turtle.

Cancer is a disease of uncontrolled proliferation, arising from a single deranged cell. The loss of the normal tight controls on cellular proliferation can arise through alteration of the genetic material. Such alterations, or mutations, can be caused by environmental challenges or arise accidentally during normal cellular processes.

Each time a cell duplicates its genome before dividing is fraught with the potential for mutation, although elaborate biochemical mechanisms exist to detect and repair genome damage. These mechanisms block cell division and initiate genome repair activities. Cells will undergo a programmed cell death response if the damage is too severe, limiting the capacity of highly mutant cells to proliferate.

Given the challenge that each cell division represents and the environmental hazards faced by each cell in the body, there exists a long-standing question, named 'Peto's Paradox’ after Richard Peto, the scientist who first articulated it. How do humans and mice have similar lifetime cancer rates, when we have 1,000 times more cells and can live 30 times longer than a mouse?

Much work has been done to explore how widely Peto’s Paradox applies and a survey which explored the relationship between cancer and mammalian lifespan was published earlier this year. This examined a worldwide database of 110,148 zoo mammals from 191 different species. Post-mortem details from 11,840 mammals were used to determine cancer mortality risks. This risk was the number of deaths ascribed to cancer divided by the number of animals autopsied.

Cancer mortality risk varied greatly between species, from 0% in 47 species out of the 191 examined, to more than 10% in 41 species, up to a striking 57% in a small marsupial carnivore called the kowari. Cancer mortality risk across mammalian species declined with larger body mass and only slightly increased with higher species life expectancy.]

Meat-eating species showed the highest cancer mortality risk, with cloven-hoofed mammals, such as pigs, antelopes and cows, having the lowest

An intriguing finding was that meat-eating species (order Carnivora) showed the highest cancer mortality risk, with cloven-hoofed mammals, such as pigs, antelopes and cows (order Artiodactyla) having the lowest out of the various orders examined. Consumption of mammalian prey, as opposed to eating fish, birds or reptiles, was associated with increased cancer mortality risk. Although this study did not examine the mechanisms that might explain this finding, the authors noted an important caveat in that these results were obtained from examining captive animals, whose lifestyles differ from those in the wild.

In seeking an explanation for Peto’s Paradox, another recent study that examined mutation rates in multiple mammalian species found a negative correlation between a species’ lifespan and the mutation rates. Longer-lived animals have lower rates of mutation than short-lived species, which would lead to lower rates of cancer-causing changes in the genome.

How this is achieved varies among different species. For example, elephants have 20 copies of the gene that encodes the p53 tumour suppressor protein, while humans (and mice) have one. We know p53 controls how cells respond to genome damage: elephant cells are more sensitive to such damage than human cells, so that cells with mutations that could lead to cancer are more readily eliminated.

Although whales do not have multiple copies of the gene for p53, their genomes contain duplications of regions that include other genes involved in tumour suppression and programmed cell death. Bowhead whales, who can live for more than 200 years, express whale-specific forms of DNA repair genes. However, we do not know yet whether whales have more efficient DNA repair or cell death responses to genome damage.

Larger mammalian species tend to have longer lifespans, although this does necessarily not hold true within individual species. Smaller mammals with longer-than-normal lifespans show remarkable adaptations that facilitate their long lives and, in several cases, these adaptations mitigate cancer risk.

The naked mole rat, a burrowing rodent found in East Africa that can live to 37 years, produces very high levels of hyaluronan, a polysaccharide that acts as an antiproliferative signal between cells, possibly as an adaptation to elasticise their hairless skin to help them live in tunnels. By contrast, their distant relative, the blind mole rat, uses a highly sensitive cell death response to eliminate overly proliferative cells. Both species also show complex metabolic adaptations to the low oxygen environment they encounter underground that may impact on their cancer susceptibility.

Whether any of these different evolutionary strategies are relevant to human health is unclear. Our knowledge of cancer outside a low number of domesticated species is very limited. Although small animals are easier to study, the relatively low level of cancer in very large, long-lived mammals is a dramatic phenomenon that needs to be understood better. We need to get the elephant into the room. How space travel poses a cancer risk for astronauts