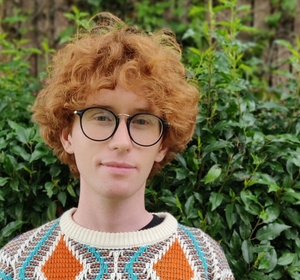 Analysis: you can hear the influence of Japanese author Haruki Murakami on the work and views of both pop acts

British popstar Harry Styles and K-pop group BTS are two of the biggest pop acts on the planet. They routinely break online viewership records with each new music video and command the adoration of two of the most committed fanbases imaginable – and they also share an unlikely interest.

Compare this interview with Styles to this series of book recommendations by BTS leader Kim Namjoon. Both artists mention and recommend the novels of Haruki Murakami. BTS even directly reference Murakami in the lyrics to their song 'Butterfly', which alludes to Murakami’s epochal Kafka on the Shore.

So, who is Murakami and why is he such an influence on these pop acts? A bestselling Japanese author and a perennial odds-on-favourite for the annual Nobel Prize for Literature, Murakami has been translated into more than 50 languages and his book sales number in the millions. The latest film adaptation of his work, Ryûsuke Hamaguchi's excellent Drive My Car (2021), won the coveted Best International Picture award at the 2022 Academy Awards.

Murakami is an odd writer. Deeply idiosyncratic, his fictions usually fall into one of two categories; wistful and doomed tragic romances (his bestseller, Norwegian Wood) or surreal, magic-realist psychodramas (his famed 1Q84). These are not always neat divisions; there is romance in his weirdest stories and weirdness in his most romantic stories. In addition, Murakami’s weirder stories (of which there are many) are often frightening and bizarre, depicting identity anxieties in a manner reminiscent of Franz Kafka, David Lynch and Francis Bacon.

Do the popstars’ works resonate with this? In a series of odd ways, yes. Murakami is often noted for his sparse and simple writing style. He takes primary inspiration from Ernest Hemingway and Raymond Chandler, and writes about strange, complex events with remarkable emotional clarity

BTS and Styles similarly approach difficult topics by submerging them in a sheen of pop perfection. Styles bemoans the superficiality and loneliness that accompanies his status as pop royalty in songs such as ‘From the Dining Table’ and recent single ‘As It Was’. BTS have recorded a sprawling double album devoted to the psychoanalytic theories of Carl Jung (Map of the Soul: 7) and another album explores the themes of Herman Hesse's 1919 novel Demian (Wings, 2016). The dark, heavy, and complex ideas of these philosophical thinkers are submerged beneath the sounds of polished (and diverse) pop and rap music.

All three also communicate a very specific vision of modern masculinity. In a piece published on RTE Brainstorm in 2019, Rebecca Chiyoko King-O'Riain attributed the international appeal of male K-pop stars to their sexual ambiguity, artistic devotions, and non-threatening stage personas. This soft aesthetic is cultivated through often androgynous dress, or elaborate dance movements – both of which Styles also entertains in his videos and stage persona – alongside a heightened emotional honesty and vulnerability. As a result, members of BTS might cry onstage, or Styles may talk about his fame or family-related insecurities in songs or interviews.

Murakami expresses this sort of emotional openness in his works, albeit in a more inward-looking manner. His protagonists are typically anxious and sensitive, young to middle-aged men burdened by regret and defined by their indecisive nature. They are often unlucky in love, and favour simple living (the hallmarks of which are eating pasta and tending to their cats). They often have more difficulty outwardly expressing their anxieties compared to the pop acts listed above, but this is remedied by Murakami’s writing style, which is characterised by internal monologues and extended meditations on emotional uncertainties experienced by the protagonist.

From RTÉ Radio 1's Today With Claire Byrne, Rebecca Chiyoko King-O'Riain from Maynooth University and Aoife Brady from Jaru Foods on the business of K-pop

Murakami’s protagonists often make dreadful mistakes, and his realistic portrayal of their subsequent mental state is remarkably true to life in its unflinching messiness. This openness and honesty creates a throughline between fans of all three, who feel privy to emotions that are not typically so publicly (and unglamorously) shared by mainstream celebrities.

It is no surprise then that Murakami has an active online fandom reminiscent of the fanbases of Styles and BTS. Online Murakami discussion is enthusiastic and varied, hosted across websites such as Reddit, Instagram, Discord and Facebook (where his official page has nearly 2.5 million followers). The trajectory of these discussions is often closer in tone to the ‘Taylor Swift’s scarf’ theories that swept the internet late last year than they are to the literary analyses that Murakami’s (broadly speaking) contemporaries such as Don DeLillo and Kazuo Ishiguro inspire online.

The title of this article leads to another question: what do Harry Styles, BTS, and Haruki Murakami have in common?

Murakami’s novels still enjoy midnight releases around the world, with many US bookstores running celebratory Murakami events. Perhaps the fervent enthusiasm from the devotees of Murakami’s celebrity fans has spilled into the Murakami fandom, allowing it to retain a sense of youthful vitality.

In a strange way, this final point ties all three together most firmly. The title of this article leads to another question: what do Harry Styles, BTS, and Haruki Murakami have in common? The answer is their fans. BTS and Harry Styles fans typically border on the obsessive; their fandom drives them to watch the films their idols watch, listen to the music their idols listen to and read the books their idols read. In such a way, these pop acts can serve as portals and introduce their attentive listeners to new, different and sometimes difficult ideas and writers.

Thomas Caffrey is a PhD student in the School of English at DCU. He is currently researching the role of the modern myth in the novels of Haruki Murakami.