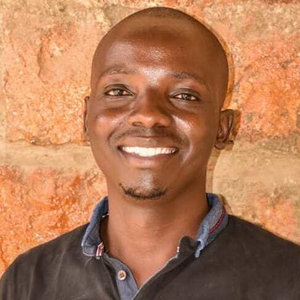 Opinion: Irish and European refugee initiatives can provide lessons on how to deal with humanitarian emergencies and displacements

Over the past five months, the world has witnessed the unwarranted, horrific and brutal violence being meted out on innocent Ukrainian civilians by Russian troops. According to data from the International Organization for Migration, at least 13 million people had been displaced by May by the war, eight million being internally displaced persons and six million were refugees who fled to the neighbouring European countries.

The response of European Union member states has been well coordinated and guided by the principle of human rights protection. Neighbouring countries such as Poland, Slovakia, Romania, Hungary and Moldova opened their borders to refugees and offered much-needed emergency assistance to the vulnerable victims as well.

The response from Ireland has also been overwhelmingly positive and commendable. The Government pledged support to the Ukrainian government and people, and thousands of Irish people opened up their homes or donated funds to charities fundraising for the refugees.

From RTÉ Radio 1 This Week in March 2022, Minister for Children, Equality, Disability, Integration and Youth, Roderic O'Gorman on the challenge of finding suitable accommodation for Ukrainian refugees

These refugee response initiatives from the Government and Irish people can provide vital lessons to the global south on how to respond to displacement crises and provide emergency services to people fleeing violence and persecution in a humane and organised manner. Comprising mostly of poor and developing nations, the global south has at least 84% of the world's total refugee population. It faces political, social and economic challenges in responding to and resolving refugee situations which are characterised by long-term stays in dehumanising camps and limited humanitarian support and resources.

So, what are some of the lessons that countries in the global south can learn from Ireland's reponse to the Ukrainian crisis? First, government leadership is vital in emergency and humanitarian crisis response. When crises break-out, governments' decisions and actions are critical in ensuring the displaced are provided with the much-needed protection and humanitarian support during the emergency phase.

Since the beginning of the war, the Irish Government has been part of the European Union-led response through the implementation of the Temporary Protection Directive. This was activated in March 2022 by the EU and required members states to offer temporary protection to refugees from Ukraine amongst other responsibilities. Furthermore, the Government has also extended humanitarian support for those fleeing the war through provision of medical donations worth around € 4.3 million and funds to support the Ukrainians.

From RTÉ Radio 1's Today with Claire Byrne, discussion on shortage of accommodation for Ukrainian refugees in Ireland

Support from the host nation’s civilian population for people seeking refuge and international protection, and for government programmes, is imperative in a displacement crisis. When the Government opened Ireland's borders to those seeking refuge and protection from Ukraine, the immense support from the Irish people was an emphatic demonstration of public support for the humanitarian cause.

Since refugees live in communities, the efforts to foster integration between them and the local communities are easier to do when the general public opinion is in their favour. While this might change over time in some cases, it serves as a strong foundation for better social cohesion in host societies and ensures that assistance and programs are channelled towards improving the livelihood opportunities for refugees.

Finally, Ireland showed the world the need to always stand with people seeking refuge, and to condemn violence wherever it occurs. The French scholar and philosopher, Jacques Derrida, touched on this through the hospitality philosophy, where hosts to strive to welcome people of refugee backgrounds (whom he termed as guests or strangers) without subjecting them to restrictions or expecting them to reciprocate the generosity.

This was seen in how Ireland treated people seeking refuge from Ukraine and resonates with this year's World Refugee Day theme, which called for safety and welcome for people forced to flee 'whoever they are, wherever they come from, and whenever they are forced to flee’. Refugees still face serious political, social and economic hurdles around the world in their quest to seek protection, contrary to the principles of the 1951 United Nations Refugee Convention. Welcoming and protecting their rights will ensure that they are provided with support in times of emergencies, and also can rebuild their lives with dignity and respect.

Refugee issues are not unique to a given geographical area. Challenges experienced in the global south can be partly addressed through sharing positive lessons from the West on how to manage the crisis at emergency phase for effective and human response.

Despite much criticism regarding the direct provision policy, Ireland has provided Ukrainian refugees with a commendable, warm and hospitable welcome. The challenge now is implementing inclusive policies to ensure that those who have been living in direct provision centres without any hopes for a better chance at life are equally afforded better opportunities to integrate into Irish society and live dignified and decent lives. Why focusing on refugee numbers is a distraction