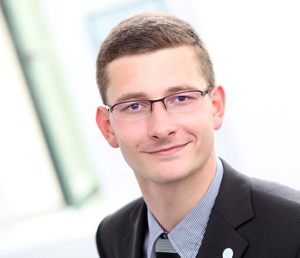 Analysis: new research has found that frogs' mating behaviour was the main reason for their high mortality rate 45 million years ago

Frogs co-existed with dinosaurs and even survived their extinction. However, these remarkable animals are not immortal. About 45 million years ago, when the North Sea covered half of Germany, hundreds of frogs were mysteriously killed in the swampy subtropical forests in what is now called Geiseltal in central Germany.

Previous studies have suggested that the Geiseltal frogs died during the desiccation of lakes and/or oxygen depletion in the water. But exactly what killed these creatures has long been a mystery – until now.

Researchers from UCC and Martin-Luther-University Halle-Wittenberg see the frogs mating behaviour as the main reason for the high mortality rate. Comparisons of Geiseltal skeletons with modern frogs show, that most Geiseltal frogs followed a life on land until they returned to their ponds for a short explosive breeding season. Mating of modern frogs include numerous individuals, and their sex can be a deadly trap: female frogs commonly suffer from exhaustion, or are submerged by one or more males and drowned.

There are no indicators that starvation, poisoning, storm events or predation would have killed the frogs. There is also no evidence that they died because the swamp dried up. Of course, they would have migrated if environmental conditions in their lake or pond became unsuitable.

The scientists found evidence that those mortality events occurred several times. Every time, the individual carcasses sank in the water, were transported to the deeper lake centre and deposited in an accumulative way. Some carcasses lose only a few small bones from their skeletons, others a whole limb. After some time, the carcasses were naturally buried with clay and sand and eventually became fossils.

What's really interesting is that fossil frogs from other sites also show similar mass mortality features, suggesting that the mating behaviours of modern frogs are really quite ancient and have been in place for at least 45 million years.

The Geiseltal fossil collection, that hosts the exciting fossils, is a German national heritage and almost 100 years in age. It contains more than 50,000 specimens including birds, horses, bats, fish, insects, plants and hundreds of frogs. Many fossils show remarkable details including bones, scales, skin, internal organs and / or gut contents. The collection recently reopened in the atmospheric 16th century chapel of MLU's Natural Sciences Collections in the historic old town of Halle/Saale.

The study is part of a research cooperation between UCC and MLU with funding from the Irish Research Council. Study results are published today in the journal Papers in Palaeontology.

Daniel Falk is a PhD student at the School of Biological, Earth & Environmental Sciences at UCC. He is an Irish Research Council awardee