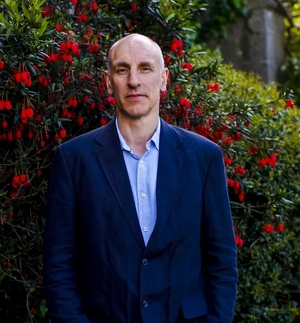 Analysis: history shows us that Russia has long treated Ukrainian autonomy with violence and brutality

As the world entered the First World War, both Ireland and Ukraine existed as regions within two vast multi-ethnic empires: Ireland within the British empire and Ukraine within the Romanov one. While both countries simultaneously embarked on nationalist revolutions, the outcomes would be remarkably different.

The war and its aftermath had far reaching implications, destabilising and undermining the political legitimacy of the old order across much of Europe. As Ireland approaches a century after its civil war, we can widen the lens of history and examine the fates of these two countries to see what history can teach us.

Ukraine was part of the fiercely contested Eastern front in the First World War and 1.5 million people died out of a population of 29 million, including many civilians. The war and the collapse of the old order had a hugely destructive affect on the whole economy and society of Ukraine, in contrast to Ireland where farmers experienced a boom on the back of high prices.

From RTÉ Radio 1's Today With Claire Byrne in February 2022, journalist and author Tim Marshall on Russia's history with Ukraine

Following the Russian revolution in 1917, the Red army invaded Ukraine for the first time and had taken a number of Ukrainian cities by February 1918. But under the terms of the Treaty of Brest-Litovsk signed in early March 1918, they were obliged to withdraw and recognise Ukrainian autonomy.

In March 1918, Ukraine was occupied by German forces, and Pavlo Skoropadsky's short lived puppet government was supported by the German army, in return for large grain supplies, requisitioned from the countryside to significant peasant resistance. The defeat of Germany and the termination of the First World War, brought an end to this arrangement and the division of Ukrainian territories between the emerging Soviet Union, Poland, Romania and Czechoslovakia.

But the end of the war did not bring an end to the brutality for Ukraine. The civil war in Russia played out in Ukraine as the white and red sides in the conflict fought for ascendancy following the second Bolshevik incursion. Hundreds of peasant uprisings in the spring and summer of 1919 resisted Bolshevik grain requisitioning, were quickly exploited by White Russian forces in June 1919, which forced the Bolsheviks to retreat out of Ukraine for the second time by August 1919.

From RTÉ News in June 2022, Ukraine is resolved to take back its land from Russia

On top of this, Ukraine experienced other forms of extreme post war violence, including over 1,200 anti Jewish pogroms between 1917 and 1920, which led to at least 120,000 deaths, including many children orphaned, thousands of women raped and Jewish property destroyed or looted. One of the strongest Jewish communities in the world was shattered by this militarized violence, which far exceeded previous pogroms.

The fracturing of military power across Ukraine created conditions which gave greater agency to Otaman peasant power from 1919 operating at a more localized level. Yet the final outcome of conflict was ultimately determined by the Red Army, which had increased from 800,000 soldiers in 1919 to 3 million by 1920.

On their third incursion, the Bolsheviks had more success. The peasant rebellions which had raged in the Ukrainian countryside since 1917, were beginning to subside. There were 464 other armed peasant groups, a mixture of anarchist and nationalist, operating in Ukraine in 1921 who opposed the Bolsheviks. Most of the great Otaman peasant leaders were dead or had been driven out by August 1921. The retreating White army took its last stand against the Bolsheviks in the Crimea late in 1920, resulting in the largest single massacre of the Russian civil wars, when 50,000 lost their lives.

Under Putin, Russia's traditional imperial claims to Ukraine have been revitalised and militarized

Any remaining resistance in Ukraine was terminated by the severe famine from 1921 to 1923, caused by extreme drought and exacerbated by the economic scarring of years of war and dislocation. The Bolshevik government in Moscow did not encourage the provision of international aid to Ukraine to the extent of other regions, as it became apparent that famine was the most effective suppressant of insurgency.

Grain exports to Russia exacerbated famine conditions through 1922 and even into 1923. The Bolsheviks had finally defeated all their Ukrainian opponents and could now build state institutions and implement their New Economic Plan in which Ukrainian grain and natural resources were essential.

Fatalities are probably the best measurable comparator of violence in both societies. If roughly 4,000 people died between 1917 and 1923 as a consequence of the Irish revolution, this would suggest that hardly one person per thousand in the population were killed. A conservative estimate of military fatalities in the revolution and civil wars in Ukraine at 500,000 would suggest that about 17 deaths per thousand persons in Ukraine (excluding a far higher number who died from famine and disease or deaths in the First World War). This reveals the far more violent nature of the war of independence and civil wars in Ukraine.

What was remarkable about the Irish revolution was not its violence, but its restraint. In Ukraine, by contrast, the violence unleashed by the First World War and the collapse of the economy created circumstances in which multiple protagonists with incompatible objectives vied for power. This was hardly an environment in which nationalist aspirations could prevail, as occurred with the birth the Irish Free State. Much of Ukraine exchanged Russian autocracy for sovietization, as the Bolsheviks effectively recolonised this portion of the former Russian empire.

Moving forward a century, despite the collapse of the Soviet Union, under Putin’s leadership since then, Russia’s traditional imperial claims to Ukraine have been revitalised and militarized, with even less recognition of any Ukrainian nationalist claims than during the soviet era.

Dr Andy Bielenberg is a lecturer at UCC. He is an Irish Research Council awardee