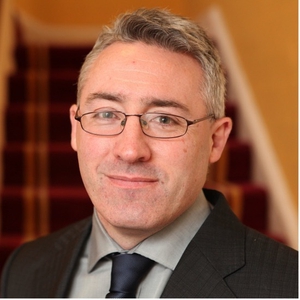 Opinion: the abusive social media commentary which occurs when fanaticism becomes toxic is causing huge problems for all sports

Sports organisations perform an invaluable function in Irish society. They promote positive physical and mental health and help young persons develop important life skills and attitudes, the benefits of which extend far beyond the field of play. For the greater part, these organisations depend on unpaid volunteers and amateur athletes who freely give of their time because of loyalty to their local clubs and communities, enthusiasm for sport, interest in youth development, the desire to give something back and social enjoyment.

But this spirit of volunteerism is coming under threat from the dark side of social media, which the secretary of the Connacht GAA Council, John Prenty, called "a major cancer" that is causing tremendous distress to sportspersons and their families. Similar sentiments were expressed by Kieran Leddy from the Munster GAA Council in January 2021, who said "while social media has its positive points, the unfettered ability of people, often acting behind pseudonyms, to direct sustained and vile abuse at individuals and organisations, is undoubtedly a major downside".

In September 2021, following some very harsh and personal online commentary in the wake of the All-Ireland senior football final, the president of the GAA Larry McCarthy came out very strongly against what he termed "a corrosive assault on civility".

This phenomenon is not unique to the GAA and has also raised its ugly head in organisations such as the FAI, IRFU, Basketball Ireland and others, with players and officials far too often on the receiving end of vitriolic attacks. Several Irish international sportspersons have recently spoken about how they suffered racist or sectarian abuse on social media.

A recent meeting of the Joint Oireachtas Committee on Sport (May 11, 2022) heard that online abuse towards those involved in sport is an issue of increasing concern. Mary O'Connor, CEO of the Irish Federation of Sport, stated that "there is no place for abuse in sport in any shape or form – call it out, report it, stop it now". Of course, online abuse is not restricted to sport, and has been cited as one of the main reasons that more people (particularly women) opt not to pursue a career in public life.

What can we do to reverse this tide? At the most fundamental level, an appeal to common decency can help alter behaviour. In March 2021, Rugby Players Ireland released a powerful Twitter video with the hashtag #BeKind, featuring children voicing the text of actual insensitive tweets aimed at players. It finished with "you wouldn't want your kids to talk like this in the playground, so why would you say it online?".

The Olympic Federation of Ireland and Team Ireland launched their "Don't Scroll By" campaign in 2021, urging people to take a stand against prejudice and abuse online by deleting offensive posts, banning whoever issued them, and reporting them to the social media platform. Other sporting organisations such as the FAI and IFA have imposed social media boycotts in the past as an act of solidarity with players who were cruelly targetted.

Sports organisations also have it within their power to take action against individuals who engage in inappropriate behaviour. For example, the GAA's social media policy states that all members are subject to the association’s Code of Conduct when online, "even when they are not acting on behalf of the GAA ... Do not engage in trolling, bullying, or abusive activity".

Rules 1.12 and 1.13 of the GAA Official Guide address racism, sectarianism, and safeguarding of young people, while Rule 7.2 stipulates that a member may be suspended or debarred for "misconduct considered to have discredited the Association". This latter rule has been invoked on a number of occasions where members made misogynistic or other disrespectful comments about match officials on social media. The FAI, IRFU and other organisations have similar provisions within their rulebooks pertaining to core values of diversity and inclusivity and penalties for misconduct.

The media has a responsibility in tempering the tone of online debate. While there is a place for fair analysis and commentary, overly severe scrutiny of players, match officials, and administrators – especially those who are amateurs – is entirely unjustified. Harsh comments by former sportspersons in the print and digital versions of leading national newspapers also call into question editorial and journalistic practices and raise concerns about where the line should be drawn.

A major problem in prevention is that it is all too easy to create fake social media accounts and fake email addresses, meaning that cowardly attacks can be made by faceless individuals. This needs to be regulated so that all online accounts are authenticated and traceable to actual living persons, a measure that would not just address social media abuse but also tackle cybercrime and online fraud.

The solution to this insidious problem must be multipronged, beginning with basic attitudinal change and zero tolerance

There are currently no laws in place to prevent a person using a pseudonym or false identity to create a social media account. But it is illegal to use online accounts for unlawful purposes such as harrassment, which is covered by Section 10 of the Non-Fatal Offences Against the Person Act 1997.

However, that legislation is rather cumbersome to enforce. Sweeping new powers for independent regulators are proposed under the Online Safety and Media Regulation Bill 2022 and the EU Digital Services Act, but powerful lobby groups from the technology industry are strongly resisting the proposed measures. One thing is for sure: we cannot go on like this or Irish sport and society at large will be the loser. The solution to this insidious problem must be multipronged, beginning with basic attitudinal change and zero tolerance.

Dr Michael Lang is an Associate Professor in the Business Information Systems department of the J.E Cairnes School of Business & Economics at NUI Galway. He is an Irish Research Council awardee