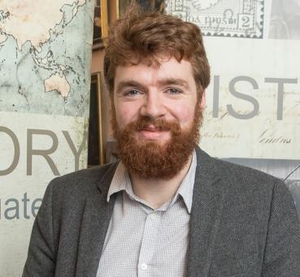 Analysis: how both sides used and abused the press during the Civil War shows the importance placed on newspaper coverage

Before and after the outbreak of Civil War in Ireland in June 1922, those opposed to the Anglo Irish Treaty found themselves in control of much of the south and south-west of Ireland. The proliferation of anti-Treatyite areas within the southern province of Munster gave rise to what is now often referred to as the ‘Republic of Munster’ or ‘Munster republic.’

John Horgan tells us that both sides recognised that ‘the newspapers were as important as any territory being fought over, and both sides evolved media management techniques that varied from the persuasive to the intimidatory’

The end of the Munster republic was signalled by the anti-Treatyite evacuation of Cork City on August 10th, before which the offices of the city’s leading dailies, the Cork Examiner and Cork Constitution, had been destroyed. One of the most invaluable accounts of these turbulent days comes from Frank Geary, then a journalist with the Irish Independent and later its editor, who kept a diary of the hectic final days of this ‘republic.’

From RTÉ Brainstorm, how the Civil War split an Irish republican family in two

As anti-Treatyites headed west with the express intention of a commencing a guerrilla conflict, Geary grimly recalled "Elizabeth Fort, off Barrack Street, is in flames. The Bridewell in Cornmarket Street is blazing. Tuckey Street police barracks is a mass of fire. Empress Place Police Barracks way up on Tuckey Hill is belching forth mountains of smoke and, further up, what seems like very hell itself seems on fire. The latter is Victoria Barracks, which is completely in the grip of the flames.

"No words can adequately picture such weird and horrifying scenes. I have had experience now of four of them; I have seen them in Belfast, Dublin, Limerick and now Cork, and God knows, I don’t want to see any more of them. One does not get accustomed to this kind of thing. It is the end. Cork has fallen."

The division surrounding the terms of the Treaty were expressed very early in Cork via suppressive action and press manipulation. Professor Alfred O'Rahilly from UCC had his pamphlet, 'The Case for the Treaty,' seized by armed censors in late December 1921 while the Treaty Debates were ongoing. Following the 64-57 vote in favour of the Treaty by members of Dáil Éireann on January 7th 1922, a proclamation highlighting the shortcomings of the Treaty terms were published in the Cork Examiner ‘under duress’; more specifically at the designation of Tom Barry, the prominent anti-Treaty IRA leader in Cork.

From RTÉ Radio 1's Today With Claire Byrne, historian and author Diarmaid Ferriter on his book Between Two Hells: The Irish Civil War

Days after this incident, B.J. Long, the editor of Clonmel newspaper the Nationalist, was accosted by volunteers who served him with an order from the Acting Adjutant, 3rd Tipperary Brigade. Having refused to publish an article submitted to him previously, Long was warned that failure to comply in the future would result in suppression. Copies of the paper were confiscated from newsboys soon after. That night, the newspaper itself was raided with 'expert' damage being wrought on printing presses, linotype machines and gas engines.

The anti-Treatyites’ perceived ascendancy in the south was challenged by Commandant General Piaras Béaslaí in his new role as Army Publicity Director, which made him Chief Press Censor for the Free State forces. Béaslaí’s censorship came in for intense criticism from anti-Treatyites with Poblacht na h-Éireann claiming that ‘everybody realises by now, we hope, that the Irish daily press, always bitterly anti-national, is now, under Free State censorship, simply war propaganda for the Anglo-Free State Alliance’.

Béaslaí was massively assisted in his endeavours by the widespread co-operation of the press in applying his directives. A system of prior scrutiny existed under his watch, whereby newspapers had to be submitted for approval to him and his team before being permitted to circulate.

The censors also addressed wires being sent to the international press, newspapers entering the country from abroad and pictures and films relating to the situation in Ireland. They also issued official bulletins from general headquarters of the National Army to the press and liaising with the Government Publicity Department. Under this system, newspapers were required to obtain permits for their journalists to report from areas of conflict.

Destruction of rail tracks meant other papers could not get into Munster, meaning anti-Treaty rhetoric in the Constitution and Examiner went unchallenged. While opposition propaganda could not penetrate the ‘Republic,’ attempts to disseminate information had mixed results. In Ernie O'Malley’s Civil War correspondence, there were suggestions that the Examiner should be sold around the country as a means of counter-acting the decidedly pro-Treaty stance of national dailies like the Irish Times, Irish Independent and Freeman's Journal.

Press control during and after the reign of the Munster republic exemplifies the importance the belligerents placed on the press at this time, along with the potential for suppression that this turbulent time facilitated. While intimidation of the press was not a Munster phenomenon during the war, the energy with which it was carried out appears to correlate to a certain extent to the manner in which the war was fought in the province more broadly.

While both sides of the conflict pursued censorship and suppression with a previously unseen commitment, it would take a seemingly interminable number of months for the conflict as a whole to burn out while the contrasting smell of newspaper ink and petrol persisted.

The Irish Civil War National Conference takes place at UCC from June 15 to 18. Proceedings will be open to the public and will be streamed by RTÉ History

Dr Alan McCarthy is a Postdoctoral Research Fellow at the School of History and Adult Continuing Education Department.