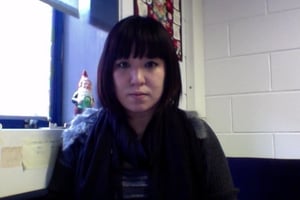 Analysis: rather than saying something directly, emojis and GIFs are a way of showing our state of mind

Communicating emotions using non-verbal means is nothing new. As the nursery rhyme goes, if humans are happy and they know it, they can show it by clapping their hands. So let's take a step back and consider how our mind process information in communication.

In the inferential process, an ostensible clue (either linguistic or non-linguistic) goes into our inferential process as an input. This will interact with our assumptions about the world and other pieces of information available to us and we will reach a certain conclusion. The input to the inference could be verbal (utterances) or non-verbal like a gesture or facial expressions.

These inputs are either saying or showing. Saying involves producing an utterance to convey what we want to communicate. We do that using language, like saying "I have to be in a meeting in 5 minutes" when someone asks if you want to go for lunch. In contrast, showing involves the use of (mostly) non-linguistic clues to convey what we want to communicate, like pointing to your watch to communicate that you are in a hurry when someone shouts for you from a distance.

Showing and saying aspects are not completely different from each other. Both work as an input to our inference. Your watch-pointing gesture or the utterance "I'm busy" will both go into the inferential process. Together with existing assumptions about being busy, or about the watch pointing, the hearer will draw a conclusion that you cannot go for lunch or to stop and chat. Showing and saying can even go hand in hand: you can say I’m busy while pointing at your watch.

From RTÉ Lyric FM's Lyric Feature, composer Jennifer Washe on the unexpected ways in which emojis are changing how we communicate offline

Another important point is that humans can use a communicative clue for resemblance and not just for its content. We can use whatever clue is available by virtue of resemblance to deliver our meaning. Instead of saying "I will call you later", you can raise a hand to your ear mimicking the movement of a phone call.

This aspect is often overlooked in theories of communication, but plays a key part in explaining the role of emojis and GIFs. Rather than saying, both emojis and GIFs are cases of showing, used by virtue of resemblance between their form (appearance) and the communicator’s state of mind via associated facial and bodily expressions. A smiley emoji does not encode happiness, but resembles a human’s facial expression as a natural sign, which points to the communicator’s emotional state. A GIF of someone face-palming resembles a bodily expression of a person who is dismayed and thus points to that emotional state. This way, emojis and GIFs can convey emotions.

Just like facial expressions, emojis and GIFs could mean different things. A yawning emoji could mean boredom, sleepiness or tiredness. A crying emoji could mean sadness, disappointment or even joy. This is because emojis and GIFs function only as a pointer to the emotional state, and it is up to the recipient to work out which one is intended. Emojis need a massive amount of inferencing without linguistic content, so the meaning can be vague but has potential to communicate a wide range of emotions.

From RTÉ 2fm's Chris and Ciara #NSFW, is it cool to use GIFs while sexting?

But if it is based on resemblance, why can we use emojis and GIFs ironically, where we supposedly say the opposite of what we mean? If something is used by virtue of resemblance, then it can’t be opposite, right?

Rather than saying opposite of what you mean, irony involves echoing someone else’s thoughts to which the communicator has a dissociative attitude (and hence it gives rise to negative, often mocking, impressions). It's like saying "what lovely weather we’re having" when it’s pouring rain, echoing an earlier remark made by your friend who insisted that the weather would hold for a picnic.

There is no doubt that emojis and GIFs are the product of digital communication, but they are the same as language

Emojis and GIF can work in the same way. You could send the sunshine emoji or GIF when they got rained on while having a picnic. The use of such an emoji or GIF will show a dissociative attitude towards previously expressed confidence in the weather. This way, both emojis and GIFs allow the communicator to express their attitude to the thought represented by the image delivered via a particular GIF or emoji. 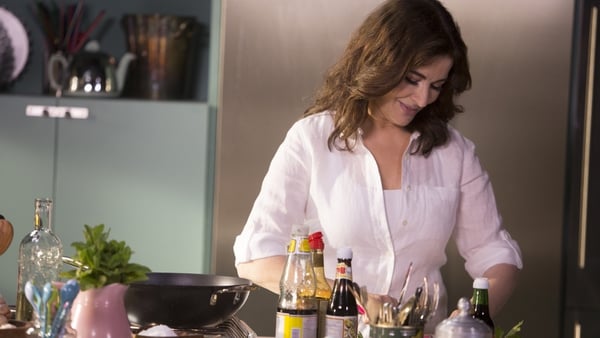