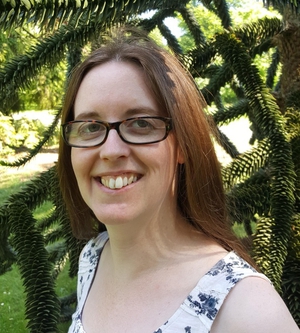 Analysis: Paying more attention to plants, wild flowers and gardening appears to be far more than a lockdown phenomenon

Like many other people, I've been entranced with the latest BBC nature documentary, The Green Planet and am delighted to see the focus of these incredibly popular programmes shift to plants. Many botanists will tell you how much more attention we feel plants deserve and how this is so often not the case. The relative lack of interest in plants compared to animals has long been noted in academic discussions, but with climate change and other global challenges, might we see a renewed focus on plants themselves?

Certainly, people seem to have begun to pay increased attention to plants during the most restrictive lockdown periods in 2020 and 2021 with the National Biodiversity Data Centre reporting increased submissions for both animals and plants. In fact, the 100,000th record (a common knapweed) was reported seven weeks earlier by the NBDC in 2020 than in 2019, showing how much more recording people did during the lockdown. Over 50% more records were submitted in April, May and June 2020 compared to the previous year, as many people (re)discovered local nature and were engaged enough to submit local records.

From RTÉ One's Six One News, a community effort has seen biodiversity flourish in a Galway forest planted in 2000

Both gardening and house plant ownership also increased during the same period, suggesting that people lacked the time rather than the interest to engage with plants. Gardening increased considerably, with Bord Bia reporting that Irish people spend over €1.2 billion on their gardens in 2020, an increase of 50% on 2018. However, this was mostly driven by purchases of "garden accessories", like sheds and herbicides, rather than plants.

Interest in house plants appears to be far more than a lockdown phenomenon. Increased sales have been noted as far back as 2016 in both the US and UK with younger adults apparently driving sales. Many people consider them to have a positive impact on their general wellbeing as well as being a nice addition to indoor spaces.

From RTÉ Radio 1's Ray D'Arcy Show, Erin Thomas from Hopeless Botanics with all the tips and tricks of how to become a good plant parent

Scrolling through Twitter on a Sunday evening and searching for #WildFlowerHour, you will find many photographs from Ireland and the UK of various weekly highlighted species that people have found in their local areas. The early emergence of snowdrops, some already suggested this year, or bluebells are often discussed and highlighted on social media if the spring is mild. There are no shortage of plants and people talking about them if you know where to look.

So are people paying more attention to plants or do they just remain part of the background? This is not an easy question to answer. What we do know is that plants are impacted by both climate change and the biodiversity crisis. Recent studies suggest that nearly 40% of plant species gobally are at risk of extinction due to a variety of human activities, and changing climates are likely to worsen this. Plants are also often among the most illegally trafficked wildlife on the planet, with certain timbers and cacti particularly vulnerable. It was reported last year that over 1,000 Chilean cacti were recovered in Italy and returned to Chile – the largest seizure and repatriation of stolen cacti to date. Certainly, some people are paying a lot of attention to some plants.

Climate change is also impacting plants. The science of phenology attempts to untangle the biology of "timing" – first buds appearing on trees, first emergence of spring flowers, the onset of leaf fall in Autumn and so on. In many places around the world, there are reports of alterations to phenology, with timing of these key events shifting due to climate change. Similar shifts are being found in various ecosystems and across many different organisms. Such changes have unpredictable impacts and can cascade throughout the whole ecosystem, knocking it out of balance.

One dramatic example is from South Africa, where researchers found that first flowering date of Namaqualand daisies had advanced by 2.6 days per decade between 1935 and 2018, with rising winter and early spring temperatures the greatest drivers of this change Interestingly, this study made use of photographs from newspapers and posted on Flickr and iNaturalist, again highlighting the interest taken in some species.

Although research suggests that many people are less engaged with plants than animals, there seems to be increasing interest in certain groups of plants and a steady stream of plant-focused social media trends. Perhaps we will see a continuation of increased interest in plants and certainly, we are likely to become more aware of changes in our own local areas with early emergences of eye-catching spring plants like snowdrops as warming trends continue. These signs, that we happily photograph and post to Twitter or Instagram are signs of the natural world being out of balance – a warning that our ecosystems are straining.

As we marvel at lingering shots of exotic plants, paired with dramatic music evoking the battle for life in the natural world, we would do well to remember to pay attention to our own native plants too. They are changing their behaviour due to climate change and we are more reliant on them than we tend to think. The 12 plants of Christmas