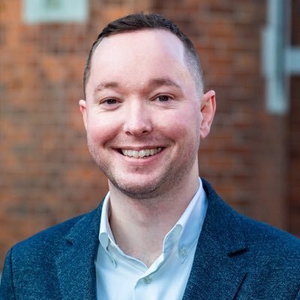 Analysis: the chants sung by fans have their origins in hymns, opera, folksong, advertising jingles and nursery rhymes

I live in Phibsboro, on the northside of Dublin. On match days, I hear supporters singing chants as they walk past my front door on their way to Dalymount Park, which is hallowed ground in Irish soccer. I'm a composer and write a lot for choirs, and I can’t help noticing how well these groups, men mostly, sing. Their tuning, projection and conviction make for a powerful choral performance.

🧵THREAD: I live beside Dalymount Park, hallowed ground in Irish football, and I hear fans singing football chants on their way to matches. I noticed a common theme: they all sing in a particular accent & the melodies are based on well-known songs. I looked into this.

I also can’t help noticing that they sing in an accent that, judging by the fixtures, is probably not the same as their speaking accent. It’s broadly English and specifically Cockney. The acquired accent suggests that there’s an accepted style of performance, like the way pop singers may affect an American accent, or the way choral singers change their pronunciation depending on where the composer comes from. No-one, I note, uses a Derry accent for my compositions.

I was wondering about this, so I looked up research on football chants. There’s much scholarly writing on this topic, which explores oral tradition, masculinity, sectarianism, violence, migration and identity. Football chant, sea shanty and plainchant all come from the same word that just means 'song’.

The tunes come from a myriad of sources—hymns, opera, folksong, advertising jingles and nursery rhymes. The Welsh hymn ‘Cwm Rhondda’ is used to taunt a defeated opponent in the version ‘You're not singing any more’, as sung by Mrs Doyle and other fair-weather fans of the All Priests Over-75s five-a-side.

Pop songs are an especially rich source for football chants. 'No-One Likes Us' is Rod Stewart's 'Sailing'. Originally written by the Sutherland brothers, this torch song of lost love across the sea was an international hit when it was recorded by Stewart in 1975.

At this time, London club Millwall were dealing with significant levels of fan violence, to the point where its name had become synonymous with football hooliganism. The chant was the fans' response to sustained criticism of their behaviour from the press and media, who perpetuated an image of them as violent hooligans. They changed the lyrics of the song’s chorus to 'No one likes us, we don’t care, we are Millwall, super Millwall, We are Millwall from the Den’. The chant originated in The Den stadium, but has since been adopted by fans of other clubs who perceive themselves as not being liked, including Dublin’s own Shamrock Rovers.

The football-chant version is remarkably different from the original. It's much faster, for a start. What was a stately ballad is now a high-kicking can-can. The melody is different. In the original song, the chorus opens with a dramatic leap of more than an octave and then gradually descends over the rest of the phrase. In the chant, the melody follows the same contour, but is embellished with extra chromatic notes, notes that are foreign to the key, as it slithers down from its peak.

The song has melismas (more than one note per syllable) that fall in pitch by a step. For centuries, composers have used this to represent a sigh of lament. The composer Henry Purcell uses this sigh motif on the word 'laid’ of Dido’s lament ‘When I am Laid in Earth’ to convey the agony of her death. The chant gets rid of these melancholic melismas. Instead, there is one note for each syllable, which makes the text sound more forceful, confident, and clear.

The chant adds a tritone interval on the word 'super'. This interval is notoriously difficult to sing accurately. In the medieval era, it had the nickname of ‘Diabolus in Musica’ or ‘the devil in music’ (also the title of a Slayer album). Its satanic association persisted long into the modern era, with composers using it whenever they wanted to convey a sense of evil, like the opening of Liszt’s Dante Sonata.

The rhythm of the original song has been changed too. The phrases in the chant enter off the beat. This syncopation gives a greater sense of forward drive. The chant skips an entire beat after the words 'we don't care’. This only makes sense when you see the chant in performance. Watch the video and you’ll see that the supporters punch the air in the gap between each phrase. The beat is skipped to keep up the relentless regularity of these punches.

With the fast tempo, chromatic passing notes, tritone, syncopation, and skipped beat, it's a miracle that supporters can sing it en masse. I wonder how these changes happened and why. Was it a solo act of creativity or a group effort? Did it happen all at once or was it a gradual process? And I still don’t know why fans sing in a Cockney accent. Maybe I'll ask at the next match.

Dr Seán Doherty is is a composer, musicologist, and lecturer in music at the School of Theology, Philosophy, and Music at DCU