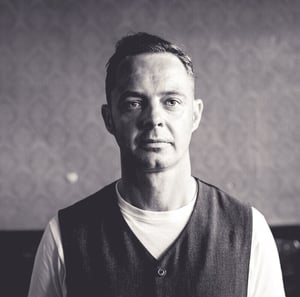 Analysis: Carlisle Bridge was at the heart of new commercial and social life in Dublin and quickly became a pivotal feature in the city

In 1862, the Queen's Theatre on Great Brunswick (now Pearse) Street staged a play entitled Old Carlisle Bridge or the Shame of the City by playwright William Smyth. His play was unusual in that the characters were all well-known landmark features of Dublin city centre, including the Nelson Pillar, the Rotunda, the River Liffey, Sackville (O'Connell) Street, the Custom House, the GPO and several local shops and hotels.

The protagonist in the play was a tragic hero, the long suffering yet faithful Carlisle Bridge (modern day O’Connell Bridge) connecting the south and north banks of the Liffey at Sackville Street. Cast as an unwanted yet much loved icon of the city, the bridge had been crucified within public debate and prayed for death while its fellow streetscape features looked on, some lamenting its impending loss, some sneering in anticipation.

While the plot and dialogue were melodramatic, the play captured the ambivalent attitude towards the bridge by the public, the business community and municipal authorities. Opened in 1794, Carlisle Bridge was constructed during Dublin’s great 18th century urban expansion.

From RTÉ Radio 1's Arena, Louise Lowe from Anu theatre company on The Party to End All Parties which marks the night thousands gathered on O'Connell Bridge to mark Ireland becoming a republic in 1949

Before Carlisle Bridge, the downstream crossing was Essex (Grattan or Capel Street) Bridge. Invested in this area, a powerful array of old city merchants and politicians allied with Dublin Corporation were staunchly opposed to any further expansion east which might harm their commercial interests. The old Custom House (Clarence Hotel site) resided on Custom House (Wellington) Quay beside Essex Bridge and major shipping and trade docked at this site.

Successive plans to build a new bridge downstream were defeated until the Custom House was shifted eastward onto the north banks of the Liffey in a successful move by Revenue Commissioner and MP John Beresford in the 1780s. This made the construction of a new bridge a necessity and a design by English architect James Gandon, famous for the King's Inns, the Custom House and the Four Courts, was accepted.

Over a decade or so, the new bridge was joined by the creation of new thoroughfares under the guidance of the city’s Wide Streets Commissioners, while the Ballast Board created some four miles of uniform quayside walls. In addition to the quays on both banks of the Liffey, D’Olier and Westmoreland Streets were connected to Sackville Street as the previously exclusive residential street was extended to the river.

The erection of the Nelson Pillar in 1809 and the completion of the GPO in 1818 cemented Sackville Street as the de facto heart of the contemporary city centre. The area became an important and much loved commercial and civic centre, popular with shoppers and promenaders, boasting a wide range of luxury stores selling clothing, fancy goods, high grade food and drink and hotels to cater for the affluent, the gentry and nobility.

Carlisle Bridge was at the heart of these new commercial and social intersections and quickly became a pivotal feature in the city. Gandon's design was admired and the new vista of the city from Carlisle Bridge towards the new Custom House, in particular, was proclaimed among the finest in Europe. Furthermore, the view northward of Sackville Street towards the GPO and the Nelson Pillar earned that street the consistent claim to be among Europe’s most beautiful thoroughfares.

As the new bridge became a focal point in the city centre, dozens of businesses advertised their address as being 'near to Carlisle Bridge'. The bridge also became a popular meeting point and place of embarkation for transfers to railway stations, tourist trips and transport routes such as the city centre to Howth, then an important port.

From RTÉ Documentary On One, A Man Out Of Time looks at the life of Fr. Pat Noise, who death when his carriage plunged into the Liffey in 1919 was commemorated by a plaque on O'Connell Bridge, installed without permission by a mysterious group.

The heavy footfall across the bridge also made it a popular spot for hawkers and traders and a location for the distribution of tracts and pamphlets. In addition, the large semi-circular space on the south quays where D’Olier and Westmoreland streets met the bridge became associated with the public auction of horses, while boats and ships were also sold publicly from the bridge.

The new wide physical space created along the quaysides as well as the expulsion of large sailing vessels upstream of Carlisle Bridge made the area attractive to various sporting events. Boat races between Islandbridge and Carlisle Bridge became a common feature, while feats of pedestrianism - amateur athletics based on endurance events - were staged from the bridge.

However, the attraction of such a large volume of pedestrian traffic also had its downside. The bridge became notorious for crime, notably pickpocketing and the site of drownings. The latter were tragically frequent and were the result of accidents - sometimes caused by intoxication - and suicides.

As the 19th century progressed, the city's population increased and commercialism expanded. This led to an increase in footfall in the area and it became apparent to many by the late 1830s that the bridge was no longer fit for purpose and would need to be widened or replaced. The narrow bridge was the site of numerous road accidents and pedestrians were often killed or maimed when they fell under speeding vehicles or horses. Runaway horses and intoxicated drivers posed such a common danger that one newspaper contributor suggested that armed sentries be posted on the bridge to shoot reckless drivers!

Plans to widen Carlisle Bridge were quickly politicised. There was considerable opposition to any rebuilding with opponents arguing that no additional costs should be levied on Dublin ratepayers; instead, it was hoped that the imperial exchequer would foot the bill. Others favoured a new bridge further downstream. The debate on the future of Carlisle Bridge persisted for four decades.

Finally, an act of parliament in 1876 permitted the Dublin Port and Docks Board to widen the bridge and provided the necessary funding. The winning design was created by city engieer Bindon Blood Stoney and the crossing was opened to traffic in 1880. The debate over the widening ran parallel with a 20-year campaign to erect a monument to Daniel O'Connell on Sackville Street, which was unveiled in 1882.

Predictably, one final acrimonious debate remained: what should the new bridge be called? The Dublin Port and Docks Board allegedly inscribed the name 'Carlisle Bridge' onto the centre parapets. However, the Corporation had the final say and two metal plates were installed to obscure the name. These served as metal headstones to bury the old bridge and read:

Rebuilt by the Dublin Port and Docks Board 1880

by the Municipal Council 1880

Joe Rodgers is a PhD student in the School of History and Geography at DCU. He is researching a commercial and social history of Dublin's O'Connell Street from 1790-1930