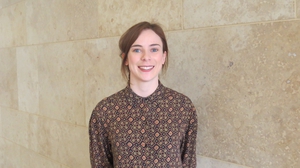 Opinion: a discussion on the right to a healthy environment and a safe climate should be on the agenda for the proposed Citizens' Assembly

Earlier this month, the Taoiseach announced that a proposal to convene a Citizens' Assembly on biodiversity loss in Ireland will be brought to Cabinet "shortly". Against the backdrop of worsening climate and biodiversity crises, the announcement should be welcomed. The Intergovernmental Panel on Climate Change recently warned that global heating is already 1°C above pre-industrial levels and temperatures are likely to exceed 1.5°C within the next 20 years, unless deep and immediate greenhouse gas emission reduction are achieved.

It is well documented that even 1.5°C of temperature rise will have devastating impacts. 1.5°C is by no means 'safe’ and will lead to millions of people being exposed to water stress, lower crop yields and heatwaves, but limiting global heating to 1.5°C remains our best-case scenario of avoid crossing dangerous tipping points.

From RTÉ Radio 1's Morning Ireland, Prof Yvonne Buckley from TCD on the launch of the All-Island Climate and Biodiversity Research Network.

Similarly, a 2019 report from the Intergovernmental Science-Policy Platform on Biodiversity and Ecosystem Services described how nature has declined globally at a rate and scale "unprecedented in human history" over the previous 50 years. The report stated that "nature can be conserved, restored and used sustainably" but only through "transformative change." The Environmental Protection Agency has indicated that a national level the outlook for Ireland’s environment is "not optimistic" unless the implementation of solutions across all sectors and society is accelerated.

It is clear that market mechanisms alone cannot address these crises. A recent study on the impact of carbon taxes and cap and trade schemes on emission reductions found that the actual reductions achieved by these measures were generally "quite small", averaging out at a reduction of between 0% and 2% per annum. This figure stands in sharp contrast to the warning of leading climate scientist, Prof Kevin Anderson, that Ireland would need to reduce its energy emissions by 30% per annum to make a 'fair share' contribution to limiting global heating to 1.5°C.

There is clearly a space for regulatory responses other than market mechanisms and the proposed Citizens' Assembly provides an important opportunity to explore what these new regulatory responses could look like. Citizens’ Assemblies in Ireland have previously paved the way for major constitutional change in areas such as same sex marriage and reproductive rights.

It is also worth recalling that the 2017 Citizens’ Assembly on climate change made far-reaching recommendations on increasing spending on public, electric and active travel; supporting microgeneration and community-owned renewable energy projects; and ending subsidies for peat extraction. The recommendations clearly informed the work of the Joint Oireachtas Committee on Climate Action and the 2021 Climate Act. The recommendations also have played an important role in showing policymakers the level of the societal buy-in for aggressive mitigation measures.

Regrettably, the idea of inserting a constitutional right to a healthy environment and safe climate was not explored by the Citizens’ Assembly on climate change. The upcoming Citizens’ Assembly on biodiversity loss could provide a useful forum to discuss the possible benefits of such rights in addressing the twin climate and nature crises. In the landmark 'Climate Case Ireland' judgment, the Supreme Court indicated that a right to a healthy environment could not presently be derived from the text of the Constitution but indicated that such a right could still be enshrined in the Constitution by way of a referendum.

A constitutional right to a healthy environment and a safe climate

There are many arguments in favour of inserting a constitutional right to a healthy environment and a safe climate into the Constitution. There is evidence from countries with constitutional environmental rights that these rights raise the profile of environmental protection, provide a basis for the enactment of stronger environmental laws, and improve the implementation and enforcement of existing laws.

Studies show a correlation between a right to a healthy environment and healthier people and ecosystems. Constitutional environmental rights can provide marginalised groups, who are disproportionately affected by environmental pollution, with a powerful language through which they can voice their concerns.

It is noteworthy that the constitutional duty to protect the environment featured prominently in a recent youth-led climate case before the German Constitutional Court. Here, the Court found the country’s 2030 climate target of at least a 55% reduction in emissions relative to 1990 levels (which incidentally was a much more ambitious target than Ireland’s 2030 target) was unconstitutional because it deferred too much of the emission reduction burden onto future generations.

As of 2017, 150 countries had incorporated some form of environmental right or duty into their constitution and seven countries have expressly engaged with climate change in their constitutions since 2019. Ireland remains an outlier in this regard, even though calls to insert environmental rights into the Constitution date back to 1996. 26 years on, it would be remiss not to include a discussion on the right to a healthy environment and a safe climate on the agenda for the upcoming Citizens’ Assembly.