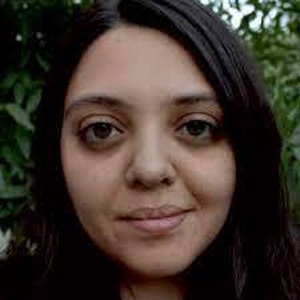 Opinion: an Amnesty International report says Israeli authorities must be held accountable for the crime of apartheid against Palestinians

Amnesty International has published a new report concluding that Israeli officials commit the crime of apartheid against the Palestinian people wherever they reside. The report finds that this system has not emerged recently, but was established in 1948 through the ethnic cleansing of Palestinians.

Apartheid is prohibited as a severe form of racial discrimination and crime against humanity under international law. Amnesty International's report is not a comparison with the former apartheid regime in South Africa and Namibia, but an independent assessment of Israeli laws, policies and practices targeting the Palestinian people. These, the report finds, amount to the crime of apartheid under the 1973 Apartheid Convention and the 1998 Rome Statute of the International Criminal Court (ICC).

From RTÉ One News, Amnesty accuses Israel of enforcing 'apartheid' on Palestinians

Amnesty's report marks a step forward in addressing the root causes of the decades-long, systematic denial of Palestinian rights. The organisation presents over 30 case studies, offering painful glimpses into the lives Palestinians must navigate to maintain their family unity, resist dispossession, preserve their livelihoods and access healthcare, education, and other human rights. "The intention," the report says of this apartheid system, "is to ensure Jewish Israeli domination over and oppression of Palestinians in all areas under Israel’s control."

What is significant about this report is that it signals a shift in long-term human rights policy towards Palestine, from one focused on the Israeli occupation since 1967 to one encompassing the Palestinian people as a whole. This includes Palestinian refugees, who figure prominently in Amnesty’s analysis, and whose right of return to their homes, lands, and properties Israel has denied since 1948.

The report shows that Israel has pursued a policy of "Judaization" to maintain domination. This policy has massively expropriated Palestinian land for exclusive Jewish settlement, and imposed military rule over Palestinians for most of the past 73 years: both over Palestinian citizens of Israel (inside the 1949 Armistice Green Line) from 1948 to 1966, and over the occupied Palestinian territory since 1967.

From RTÉ Radio 1's Drivetime in May 2021, Minister for Foreign Affairs Simon Coveney on how the Irish position on Palestine and Israel is based on international law

Where Amnesty's report differs from that of Human Rights Watch and Israeli organisations Yesh Din and B’Tselem is in its departure from a territorial concept of Israeli apartheid. Instead of looking at a specific geographic location within historic Palestine, this centres the lived experiences of the Palestinian people and their fragmentation by Israel. This was the analysis put forward by Richard Falk and Virginia Tilley in a 2017 report published by the UN Economic and Social Commission for Western Asia, and endorsed by Palestinian and regional civil society.

Amnesty delivers strong recommendations for accountability and effective measures. The report call for states to try perpetrators of the crime of apartheid in their courts, suspend the sale or transfer of weapons to Israel and ban the import of illegal settlement products. These recommendations, as well as the call on businesses to ensure they are not complicit in Israeli apartheid, are of particular relevance in Ireland, where the adoption of the Occupied Territories Bill would go a long way in challenging Israeli impunity.

The report also calls on the ICC to examine the crime of apartheid as part of its ongoing investigation in Palestine. However, it recognises that the ICC's current investigation is geographically limited to the occupied Palestinian territory and recommends that the UN Security Council refer the entire situation (both sides of the Green Line) to the ICC or establish "an international tribunal to try alleged perpetrators". Amnesty International further urges the Security Council to impose targeted sanctions against Israeli officials and a comprehensive arms embargo on Israel.

Amnesty's report makes significant contributions to human rights policy in Palestine. In some areas, however, it falls short, not unlike previous international and Israeli reports on the question. Notably, it fails to recognise the Palestinian people’s collective right to self-determination. Another related challenge, which has also not been addressed by Human Rights Watch or Israeli organisations, is the failure to recognise Zionist settler colonialism as the underlying logic driving Israeli apartheid.

Patrick Wolfe explains this as settler colonialism's "logic of elimination" of displacing and replacing indigenous peoples on the land. Palestinian scholars, such as Lana Tatour have shown why the apartheid analysis cannot be divorced from the settler colonial context that sustains it. Both Amnesty International and Human Rights Watch point to the role of Zionist institutions, such as the Jewish National Fund, in acquiring Palestinian land and property for exclusive Jewish settlement. However, neither address the role of Zionist ideology in driving Israel's settler colonial project.

Rania Muhareb is an Irish Research Council and Hardiman PhD scholar at the Irish Centre for Human Rights at NUI Galway. She is a former legal researcher and advocacy officer with Palestinian human right organisation Al-Haq.