Analysis: From the Biddy boys and Brat Bríde to holy wells and Brigid's crosses, February 1st was marked with great gusto in old Ireland

St Brigid's Day, or Lá Fhéile Bríde, was once a major turning point in the old Irish calendar and was celebrated widely. Occurring at the same time as Imbolc, an ancient festival that initiated the beginnings of spring and new growth, it marked a stretch in the evenings and was a time to take stock and think ahead.

More recently in Ireland, it largely amounted to a simple turn of the calendar page, and many of us don’t give it a second thought. However, St Brigid's Day will be a new public holiday in the Republic of Ireland from 2023 onwards and there will be a renewed interest and emphasis on this old festival. But how did our most recent ancestors celebrate the occasion - and are there any traditions worth reviving?

Imbolc became Christianised in Ireland as the feast day of St. Brigid, the foremost female Irish saint, and a version of the universal goddess Brigid, of the older popular religions. Legends portrayed the Christian saint as a formidable woman with the power to influence kings, and worshippers prayed to her to intercede on their behalf with God. Until the mid-20th century, Brigid was one the most popular names for Catholic girls, such was her status.

Exactly who was worshipped on St Brigid’s Day - Christian saint or 'pagan’ goddess - was interchangeable according to the rituals practised. People attended Mass and prayed at Holy Wells on St Brigid’s Day but also partook of older customs, the exact origins of which are unknown.

With all Irish festivals of ancient origin, the big celebration happened on the eve of the feast day, at sundown on St Brigid’s Eve, January 31st, in this case. At this time, St Brigid was said to pass over Ireland bestowing her blessings to all. Food offerings were ceremoniously left out for her and a simple festive supper would take place in the home. Fresh rushes were spread on the floor of the house (a traditional sign of welcome), and the door was left unlatched to allow Brigid to enter. St Brigid’s crosses were made at this time.

The St Brigid's cross is an emblematic shape made usually from rushes, always to be pulled, never cut. The real St Brigid of Kildare was said to have explained the concept of Christianity to an Irish king by taking rushes from his floor and weaving a cross. The cross is an ancient design of simple beauty: easy and fast to create, a characteristic that makes for a popular project for Irish primary school children.

In the past, the cross was believed to offer protection for the household, farm and land. In some areas when a new one was made, the old one from the previous year was burned. Burning a holy object may seem disrespectful to us today, but the act marked concepts of death and rebirth that underpinned many pre-Christian beliefs connected to the natural calendar.

The Biddy boys on parade

There are numerous customs associated with St Brigid's Day that have largely died out, but are ripe for revival. On St Brigid's Day itself, the 'Biddy Boy' procession occured in some parts of Ireland. The biddy boys often dressed in straw costumes and played music, going from house to house collecting food or money. It was considered unlucky to refuse them a donation. They carried a small straw doll clad in white known as a brideóg, which was essentially an effigy of the saint.

From RTÉ News, Seán Mac an tSíthigh reports on the tradition of the Biddy boys in Kilgobnet, Co. Kerry in 2015

Sometimes, they carried a Crios Bríde with them, which was a long straw rope formed into a large circular shape, with three woven crosses in its design. People would step through the Crios or pull it over their heads, this was believed to ensure luck and health for the coming year.

Another custom was to leave a small piece of cloth or rag outside on a bush on the eve of St Brigid's Day. The belief was it would be blessed by St Brigid overnight and be bestowed with curative properties by morning. This cloth was known as the brat Bríde (also known in places as Bratóg Bríde) and could be worn within clothing for protection, or used as a cure for headaches or toothaches.

It was also a day of stocktaking in the house, with people trying to figure out how long more stores of fodder and food would last. It was also a day off work, and the turning of wheels was to be avoided, including bikes, sewing and spinning machines.

To mark the beginning of the tillage season, a farmer might go out to the field and symbolically break the soil with a spade. Some believed if the first lamb of the season was born black, there would be mourning for the family within the year. St Brigid’s day itself was a day for visiting holy wells devoted to the saint. Holy water was believed more potent if collected from these on her feast day and was sprinkled on objects, people and animals to offer protection.

Many ancient Irish festivals featured divinations of some sort and St Brigid’s was no exception, and people tried to foretell the weather and predict marriage. Any excess rushes were woven into little ladders or wheels, and were placed under pillows so that the single might dream of their future spouses on St Brigid’s night.

It was believed that good weather on the 1st February was an omen of bad to come, while a rainy month of February indicated a good summer. Whatever the guess, St Brigid’s day occurred at a time of a slightly improved climate and a stretch in the length of the day. Finally, people could look forward to brighter things after a winter of cold and dark. 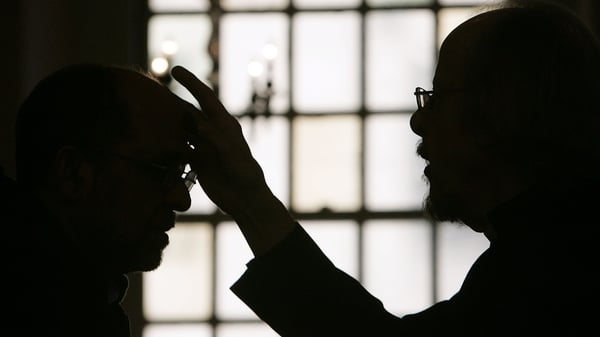 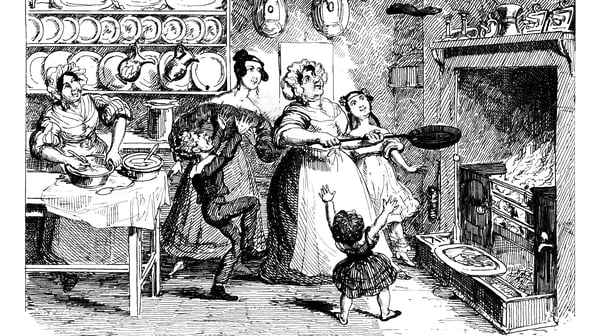