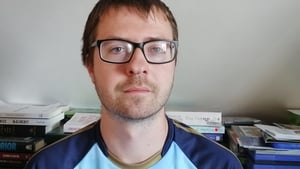 Analysis: Bloody Sunday was a massive driver of activism and fund-raising within the Irish-American community

With the possible exception of April 10th 1998, and May 5th 1981, no date has become more synonymous with the Northern Ireland Troubles than January 30th 1972. On that day in Derry, members of the British army's Parachute Regiment opened fire on protestors attending an anti-internment march organised by the Northern Ireland Civil Rights Association (NICRA).

In the aftermath, 13 people lay dead (a 14th victim, John Johnston, died shortly after due to a gunshot wound from that day), and more were severely injured in an event that gained international attention and received almost universal condemnation for the actions of the British army. On par with the colossal impact of the 1981 hunger strikes, Bloody Sunday significantly altered the trajectory of the conflict in Northern Ireland and resulted in a huge spike in support for the Provisional IRA and Sinn Féin.

From RTÉ Archives, Fr Edward Daly speaks to Kevin Healy from RTÉ News about what he witnessed in Derry on Bloody Sunday

The tragic events provided an important opportunity in the United States for organisations such as Irish Northern Aid, or Noraid, to continue to capitalise on British army atrocities to attain moral and financial support amongst a sizeable Irish American community. Formed in early 1970 to financially support the families of Provisional IRA prisoners and publicise the conflict to an American audience, Noraid had utilised the introduction of internment in August 1971 to grow and raised over $120,000 in its aftermath, holding protest marches and social events to maximise exposure.

The policy of internment was deeply unpopular amongst nationalist communities in Northern Ireland and certainly had a rallying effect. But Bloody Sunday created a sense of resentment towards the British army that persevered arguably in some communities for the entirety of the conflict.

From RTÉ Archives, RTÉ News reports from Derry on the day after Bloody Sunday

This translated across the Atlantic and there was a sudden upsurge in interest amongst the Irish American community for events in Northern Ireland. For example, the National Association for Irish Freedom – an organisation headed by Brian Heron (grandson of James Connolly) that aligned closely with the NICRA – held a protest on Fifth Avenue in New York a few days after Bloody Sunday, which was attended by John Lennon and Yoko Ono. Lennon also agreed to donate the proceeds of two songs he had written about the conflict 'Sunday Bloody Sunday' and 'The Luck of the Irish' to the civil rights movement.

However, the lasting impact of Bloody Sunday in the US undoubtedly lay in the seismic impact it had in increasing support for Noraid. As the chief supporters of the Irish republican movement, they experienced a comparable financial boost and inspired a number of activists to join the organisation. According to their returns under the Foreign Agents Registration Act, Noraid raised over $310,000 in the six-month period from February to June 1972.

This was the largest recorded amount the organisation raised in a six-month period throughout the entire conflict. It is also worth noting that British and US authorities believed the figures declared by Noraid likely represented less than half what the group actually raised. Nonetheless, the figure demonstrated the huge effect Bloody Sunday had on both sides of the Atlantic.

More importantly, this boost allowed Noraid to implement an ambitious fundraising and publicity campaign that informed their strategy for the next 20 or so years. In July 1972, the Irish People newspaper was launched in New York and became a key publication of articles from An Phoblacht as well as ads and information on upcoming Noraid events across the US. Serving as a weekly periodical, the newspaper was edited for 15 years by Martin Galvin and was critical during later events such as the 1981 hunger strikes.

From RTÉ Archives, Gary Honeyford reports for RTÉ News on the arrest of Noraid's Martin Galvin in Derry in 1989

In addition, Noraid organised their first large testimonial dinner dance in February 1973, attended by thousands of Irish Americans at the Astoria in Queens. As became tradition, a number of US members of Congress, including Mario Biaggi, attended the first dinner, which allowed Noraid to capitalise on the sudden interest in the Northern Ireland conflict. These were just two examples of bourgeoning support for an organisation still somewhat in its infancy, but clearly capable of capitalising on major events in Ireland.

To commemorate the 50th anniversary of Bloody Sunday, Galvin and the Ancient Order of Hibernians had planned a tour of Ireland later this month, with the main focus a visit to Derry on the anniversary of an event that had an immeasurable impact on support for the republican movement in both Ireland and the US. Despite current health concerns postponing the tour until late April, it nonetheless demonstrates how Bloody Sunday continues to encourage activism and resonate with the Irish American community. 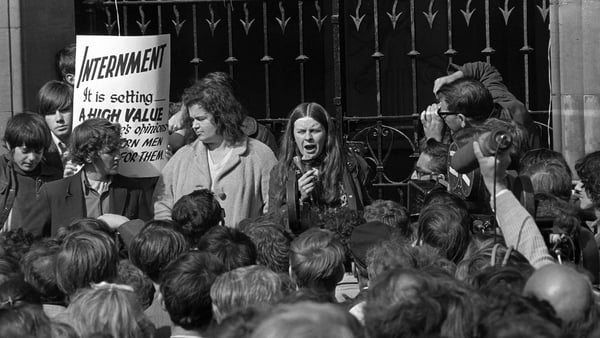 How internment in Northern Ireland led to cash from the US