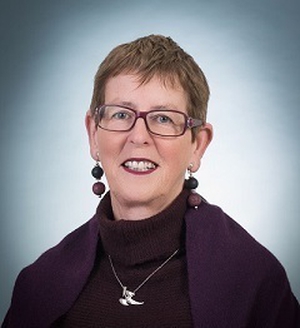 Opinion: we need to look at the issue of misogyny to understand why most women who are killed in Ireland and elsewhere are killed by men

The murder of Ashling Murphy has shocked the country. This senseless appalling act has led to vigils in cities, towns and villages as people have tried to find a way of honouring the 23-year-old teacher and musician and showing solidarity with her family, friends, colleagues and pupils. The murder of a young woman, who was out jogging in a popular area in broad daylight, has triggered memories of so many other women including Jastine Valdez, Urantsetseg Tserendorj and Ana Kriégel. These are women of different ages, nationalities and backgrounds, but with one thing in common: they were murdered by males, men or boys.

The most recent atrocity has triggered a national reflection on men, their attitudes and actions and the responsibilities of a male dominated state. There are very few people who believe that men are innately bad. Yet in Ireland as elsewhere, most women who are killed are killed by men. In order to understand this, we need to locate it in the context of misogyny, entitlement, domination and devaluation.

From RTÉ Radio 1's Saturday with Katie Hannon, how to address violence against women in our society.

Misogyny is hatred of or contempt for women. It legitimates the desire to dominate and subordinate women, to keep women in 'their place’. Any attempt by women to assert themselves, even just using public space in the same way as men do, is seen as a threat. The consequent lower-level harassment and intimidation of women generates fear in most women and limits their lives in all sorts of ways.

Misogyny legitimates men’s feelings of entitlement to all sorts of things, including public power. Women politicians have highlighted the gender-based harassment and intimidation they experience. These experiences are not peculiar to Ireland. Across the EU, the highest rates of physical and/or sexual violence were experienced by women working as supervisors, double that of women who had never done paid work. The implicit message is that women are not entitled to be in the public arena and certainly not in positions of power.

There is still an unspoken assumption that being a man involves domination of or devaluation of women. These kinds of views are maintained by a ‘pack’ mentality where men support and collude with each other in objectifying and devaluing women, legitimating attempts to put them in their place; to objectify them as sexual objects- and even to physically attack them. Roughly a fifth of women have reported physical and/or sexual violence from those who are not their partners.

From RTÉ Radio 1's Brendan O'Connor show, the tragedy of the Ashling Murphy murder and the need to change misogynist culture

It appears that there is never a question of publicly encouraging boys to emulate any aspect of girls’ behaviour (even for example, their diligence in doing homework). This seems to be the ultimate insult. Why? Could it be because boys are seen as in some way superior to girls? In what way exactly?

In secondary schools, an Exploring Masculinities module was put forward in the mid-1990s. Its aim was to explore different perceptions and experiences of masculinity; to provide opportunities for boys to develop enhanced interpersonal and social skills and to raise awareness amongst other things, about violence against women, men and children. It was developed by the Gender Equality Unit in the Department of Education (since closed) and piloted in 22 single sex boys’ schools.

From RTÉ Radio 1's The Business, the tragic death of Ashling Murphy has opened up many conversations about what must done to route out sexism and misogyny in our society so can business help?

Despite being evaluated positively by two groups of evaluators including the National Council for Curriculum Assessment, the Exploring Masculinities programme was torpedoed. How many women’s lives might have been saved if it had been rolled out to all boys’ schools in the past 20 years?

It is easy to dismiss murders as simply the actions of mentally unstable men, but there is a continuum of attitudes and actions in which they must be located. Individually and collectively, men must stand up and call out this behaviour, and they need to be supported by men in powerful positions in business, higher education and politics. Tackling a collusive culture and a state that has been less than proactive in this area is long overdue.

A new national strategy to deal with various forms of gender-based violence is currently being prepared by the Minister for Justice, Helen McEntee. To be credible, it must include not only a justice component but also an education one and possibly revisit the Exploring Masculinities programme. The updating of the SAVI report is 20 years overdue. The state must also deal with the fact that nine counties in Ireland still have no places at all for women and children who are seeking refuge from male violence. This is the very least that the death of Ashling Murphy and the other women remembered at the national and local vigils should lead us to expect.

Professor Pat O'Connor is Emeritus Professor of Sociology and Social Policy at the University of Limerick and Visiting Professor at the Geary Institute at UCD.