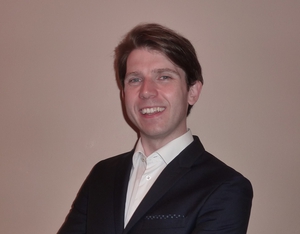 Opinion: If white collar crime is to be treated as the serious crime that it is, frequent successful criminal prosecutions are required

White collar crime has gained increasing levels of notoriety in recent times, with international scandals routinely making headlines. The conviction of Theranos' Elizabeth Holmes for defrauding investors is just the latest to catch international attention. Closer to home, Ireland has not been immune to the effects of white collar crime. It has long been estimated that economic crime costs the Irish economy around €2 billion per year, though the figure is likely higher today.

White collar crime is a broad term and covers activities such as fraud, anti-competitive behaviour, money laundering, cybercrime and so on. These are not crimes which hurt the economy in the abstract, but they hurt individuals. The cost of the financial crisis of 2008 is still fresh in our memories, and 2021's scandal involving Davy Stockbrokers highlights that a toxic culture of corporate greed is still alive and well amongst certain groups.

But despite the high-profile nature of many corporate crimes, economic crime is relatively clandestine in nature and thus difficult to uncover (at least without a whistleblower). Therefore when it is uncovered, it needs to be strictly punished. Clearly there is a strong incentive to tackle economic crimes, and to tackle them strongly and this is where criminal sanctions come in.

Broadly speaking, strong criminal sanctions were introduced in numerous areas in an effort to deter would-be offenders. The rationale being that fines alone may be viewed as simply a 'cost of doing business’. However, potential prison sentences are not enough to effectively deter would-be criminals. The routine enforcement and prosecution of offenders is also required, and it is on this front that Ireland is unfortunately lagging behind. Much of this under-enforcement can be attributed to the under-resourcing of the relevant investigatory departments.

To remedy this situation, among other things, the Companies (Corporate Enforcement Authority) Bill 2021 proposed the replacement of the Office of the Director of Corporate Enforcement (ODCE) with the new Corporate Enforcement Authority (CEA). The new body, which is due to be established early this year, has been referred to as the "Irish FBI for white collar crime". At present, the Bill has passed all legislative stages in the Houses of the Oireachtas and remains to be signed by the President and enacted into law. When enacted, it will see the creation of an authority that can appoint its own specialised staff to investigate sophisticated economic crimes.

From RTÉ News in 2018, the Cabinet has approved changes to the ODCE

While a step in the right direction, and a strong signalling of intent, the Bill is just a preliminary step in even coming close to establishing an Irish FBI for white collar crime. The Bill essentially transfers the powers of the ODCE to the CEA with some relatively minor modifications. More reform needs to be on the cards in the coming years if the CEA is to become the white collar crime tackling powerhouse it has the potential to be.

With an increased budget and staff numbers for the new CEA, and the recruitment of more specialised staff members, one can remain hopeful. But an operational budget of approximately €6 million, even if it is a 20% increase on the ODCE’s previous budget, still seems underwhelming given the important and complex work the CEA will need to carry out. This is not a cheap business: investigating serious economic crimes often takes years and involves a suite of experts. However, given the high levels of fines which often accompany successful prosecutions, it could be a profitable one for a suitably resourced Authority.

Against the backdrop of the pandemic, the CEA will certainly need to hit the ground running. Covid-19 has put an enormous strain on businesses of all shapes and sizes and difficult decisions had to be made, with many hoping to keep their businesses afloat during these turbulent times. Some, unfortunately, may turn to illegal business practices to remain profitable. Low risk, due to low detection and criminal prosecution rates, and high rewards can easily tip the balance in favour of committing an economic crime.

While the decision to evade tax or fix prices with one’s competitors may have been made with good intentions, (such as saving jobs at the business), such benevolent motives should not act as some sort of get out of jail free card. Strong enforcement and subsequent punishment are needed if Ireland is to continue to be viewed as a country which is strong on white collar crime.

The huge growth in cybercrime since the beginning of the pandemic stands as an example of the way in which those involved in economic crime take advantage of chaos for personal gain. With Ireland’s growing position within the global financial services sector, a sector with a GDP nearing €20 billion, Ireland will need to remain tough on corporate crime and cybercrime if it is to continue its success on the world stage, something which benefits the Irish exchequer through large total corporate tax contributions (approximately €2.5 billion in 2019).

It is worth noting that white collar crime which affects Ireland does not necessarily originate in Ireland. By this, it is meant that the decision to form an illegal business cartel or to commit computer fraud may take place in another country, but the effects of the decision may be felt here in Ireland. In the last few months, dawn raids have begun again at an EU level in relation to breaches of competition law. Multi-million euro fines have been imposed and complex investigations are ongoing.

From RTÉ Radio 1's Today With Claire Byrne, Minister for Justice Helen McEntee on white collar crime and other issues in our legal system

Fines are the most appropriate sanction for serious economic wrongdoing at an EU level, though Ireland has particularly strong criminal legislation when it comes to sanctioning white collar crime. When white collar criminals bring their enterprises to Ireland, they must be reminded, in no uncertain terms, that Ireland is no safe-haven and offenders will be criminally prosecuted. If white collar crime is to be treated as the serious crime that it is, then frequent successful criminal prosecutions are required.

While certain investigatory approaches had to been suspended during the pandemic, white collar crime never sleeps and remains a perennial issue. The true extent and cost of white collar crime during the pandemic will perhaps not become clear for many years to come. What is crystal clear, however, is that the CEA will need to show its teeth at the first available opportunity if economic crime is to be effectively deterred and punished in Ireland.

Dr Luke Danagher is a Lecturer in law at the University of Limerick.