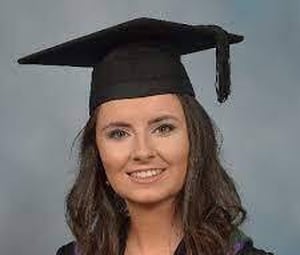 Human trafficking tends to be associated with countries in Eastern Europe, Africa and Asia, but these offences occur in Ireland too. This means that victims are trafficked into Ireland and exploited here for various purposes.

The problem with identification

The primary difficulty encountered in Ireland is that often these offences are of a hidden nature and take place in isolated areas, which means that victims have little opportunity to escape or seek help. The first step towards effective assistance and protection of victims is identification. In some instances where victims are not identified, they may be directly returned to their country of origin, or even detained and imprisoned. Thus, they do not receive the supports that they are entitled to.

Particular challenges here include the fact that victims may deny that they are a victim of human trafficking due to shame, stigma or fear. They may also distrust Gardaí or immigration officials. Furthermore, the traffickers and exploiters use a variety of control techniques to retain the severely exploited individual in their situation, namely by threatening physical harm or deportation but also extending the threat of harm to the victim’s family members. Additionally, tactics include withholding relevant documentation and enforced isolation from the community.

What does the law say about human trafficking?

Despite this existing body of law, Ireland has repeatedly been advised to make improvements in this context. Ireland was demoted in June 2020 to Tier 2 Watch List by the US Department of State in its annual Trafficking in Persons report for failing to provide evidence of increased efforts to combat severe forms of human trafficking. Disappointingly, this status persists for the year 2021. This means that 124 countries globally are currently ranked higher than Ireland in terms of addressing human trafficking.

At the European level, the Group of Experts on Action against Trafficking in Human Beings has urged Ireland to improve on investigations, prosecutions and convictions. From a victim perspective, Ireland has been asked to consider the enhancement of victim protection measures, co-operation with civil society, the granting of temporary residence permits and the process of safe return and repatriation to the victims home country. This highlights the fact that there are a considerable number of areas that need addressing in the Irish context.

From RTÉ Radio 1's News At One, Dr Nusha Yonkova from the Immigrant Council of Ireland on Ireland's demotion in the US State Department's global human trafficking rankings

What can be done?

There have been significant efforts made by civil society and non-governmental organisations in this area in terms of awareness raising and victim support and assistance. The importance of awareness raising cannot be overstated, nor can the significant role that may be played by the general public and other professionals who come into contact with victims. The State must actively concentrate on improving the specific areas indicated by various international and European bodies.

The deficiency in the Irish approach to identify victims of human trafficking has been recognised. A new proposal to integrate non-governmental organisations and other state entities into this process is an appreciated and long-awaited development. It remains to be seen if such an approach will be effective in practice.

While the recent conviction is welcome, it remains the case that there have been no convictions for human trafficking for labour exploitation or criminal activities. There is a need to build upon this positive outcome in order to combat these offences and to ensure victim protection is central to these processes. The significant complexity surrounding human trafficking cases is acknowledged and there is a clear need to assign sufficient resources to robustly engage in prevention and protection activities. Such new changes must continue in order to deal with these serious offences which are presently taking place in Ireland.

Muiread Murphy is a PhD Candidate in the Department of Law at Maynooth University. She is an Irish Research Council awardee