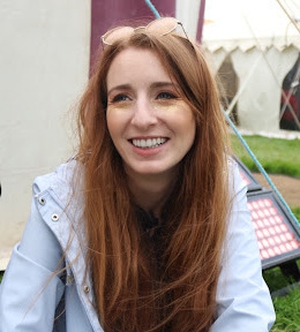 Opinion: Over 50,000 children are enrolled at Gaelscoileanna, yet there are still many preconceived ideas about the schools and the language

Gael-Choláiste Chill Dara recently asked Twitter if Irish was beneficial when job seeking. It struck me that I have Irish to thank for all my jobs since university: broadcasting, community development, marketing. Even writing this article. I continue to reap what was sown in a primary school prefab classroom.

Census figures show that almost two million of us have some command of the Irish language, whether that be fluency or a cúpla focal. Over 50,000 children are enrolled at Gaelscoileanna. An Ghaeilge exists alongside a globally dominant language in a multilingual society and it can only thrive as a community tongue with the right structures in place.

Fortunately, Gaelscoileanna and community groups ranging from football clubs to Pop Up Gaeltachtaí are thriving in recent years. But thanks to lack of investment and shortsighted planning laws, our Gaeltacht regions are among the poorest and most rural in Ireland, where a declining population is leading to a decline in native speakers.

From RTÉ Archives, Eileen Magnier reports for RTÉ News in 1999 on the increase in the number of Gaelscoileanna across the country

We know our history: colonialism. Irish was associated with poverty and lack of education and it was even prohibited in our schools. For a long time, Gaeltacht areas managed to preserve our tongue, but the 1960s ushered in economic prosperity and English was the language of business.

For this reason, people began to refrain from speaking Irish at home. Parents who endured negative experiences while dealing in official and other business as Gaeilge were afraid their children would be left at a disadvantage. This became a leading cause of intergenerational language gaps sna Gaeltachtaí. By the 1990s, there was an intergenerational decline of 40% of families speaking Irish at home. The common opinion, which still endures in some areas, was that Irish was a poor man's language, while English promised prosperity.

With that in mind, it seems bizarre that you only need to go a few comments deep on any news article about Irish to read of "elitist" Gaeilgeoirí, dripping in privilege, and Gaelscoileanna where "yummy mummies" drop off their darlings as a marker of "social status". Ross O'Carroll Kelly's charicatured D4 locals were 'Sorcha’ and 'Fionnuala’ for a reason.

From RTÉ Archives, Bláthnaid Ní Chofaigh looks at the growing popularity of Irish-language education outside the Gaeltacht for Scaoil Amach an Bobailín in October 1990

Another hot take that has surfaced is the idea that ever-increasing demand for Irish-language education stems from racism, insinuating that Gaelscoileanna exclude children whose parents come from abroad or from various ethnic groups in our society. At first glance, some school policies require that parents have fluent English or Irish, a potential barrier for some, but thankfully the story doesn't end there.

Gaeloideachas offer information in French, Romanian, and Polish among other languages, encouraging parents to enroll their children. Some Gaelscoileanna even implement buddy-schemes, offer language classes to support parents and provide SNA support for children whose mother tongue is neither English nor Irish.

From RTÉ Radio 1's Drivetime, Caoimhín Ó'hEaghra, Ard-rúnaí of An Foras Pátrúnachta, on how no new Gaelscoileanna are being opened in the state in 2018, the year designated Blian na Gaeilge

On the note of multiculturalism there is also the question of religion, although to discuss ties between the Catholic Church and our education system would be to open a whole other can of worms. An Foras Pátrúnachta offers a choice of three religious ethe: multi-denominational, interdenominational or Catholic. Studies show that having a second language can result in greater cultural tolerance in children and there is evidence that bilingual education can increase social-emotional and interpersonal growth. Dr. Davyth Hicks from the European Language Equality Network inked bilingualism to lower suicide rates due to a "grounding sense of identity" and "increased self-esteem".

In my own case, neither of my parents spoke Irish. They took a chance, and enrolled me at a newly founded Gaelscoil in 1996. There were two classes, and 10 pupils in mine. Our classroom was a retail space in a local shopping strip, which is now a hairdresser. Our clós scoile was a loading bay, before relocation to the local harbour field by the canal, where lunch breaks were sometimes cut short by swans emerging from the water and into our play area.

Although roll call totalled at about 18 children, one had parents from Sierra Leone and many came from working class estates. Today, that same school has over 500 children, including those of many nationalities including Polish, Thai, and Russian.

I'm not saying that all my classmates went on to live a saol trí Ghaeilge, but some continue to speak Irish in our personal, social and professional lives. More importantly, we were all gifted a respect for our culture, which at its core encourages creativity, inclusivity, mutual understanding, and kindness.