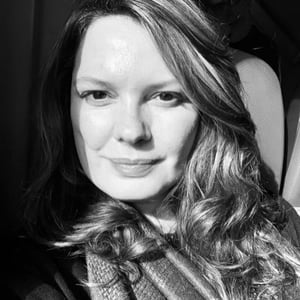 Analysis: translation tools can be used by teachers and tutors as an ally in the language learning process

In Sophia Coppola's Lost In Translation, Bob Harris is a film star in Tokyo recruited to promote the Japanese whiskey Suntory. During the whiskey commercial campaign, Bob (played by Bill Murray) feels lost when he realizes that the interpreter helping him communicate with the Japanese director did not accurately translate what he had said in English.

Trailer for Lost In Translation

In today's increasingly globalised and connected world, communication situations like this one have become more frequent than in previous generations. But in an era of artificial intelligence, people in such situations can count on intelligent systems such as the freely available web-based translation tools rather than relying only on interpreters.

Translation technologies were designed to help us to communicate in a language we do not speak or understand, thereby breaking down language barriers. Although there are still obstacles to be overcome with this technology, translation tools are getting better with each new release. The user experience has also improved and so they have become very popular and much more widespread.

Our web browsers and social media platforms are home to translation tools which can also be easily downloaded as apps to our phones. Translating a social media post, website, text messages, speech or images like a restaurant menu written in a foreign language is just a click away. The ubiquity of online translators combined with ease of access has led to an increase in users, especially in the past five years.

From Google, how Google Translate creates your translations

There are even language learners among these users. Although such translators are not often recommended as a tool to support second language learning, language teachers have been challenged by the popularisation and emergence of these tools, which are being used by students to carry out coursework.

Because these systems are available in the form of mobile apps, they facilitate language students accessing them as a tool to support communication. If English speakers learning Spanish want to speak Spanish, but are uncertain as to how to precisely structure a sentence or do not know a word in Spanish, they can quickly translate the sentence or the word using the app in their mobile device and thus be more confident when speaking.

People are not only influenced by the linguistic behaviour of others, but also by the language behaviour of computer systems they trust

The researchers recruited Brazilian Portuguese native speakers who were learning English in Ireland, at different proficiency levels. The idea was to analyse participants' language behaviour in English before and after they used the Google Translate app on their own mobile device.

Researchers found that participants were more prone to speak in English using the sentence structure read in the translated output after translating sentences from Portuguese into English using the translation app. This was even if it was a more unfamiliar structure for them than an alternative structure that resembled their mother tongue's word order. For example, it is easier for Portuguese speakers to say "The table of the office was broken" than "The office table was broken" because the word order of the latter does not exist in Portuguese, making this structure challenging for Brazilian students.

What do these results show us? Firstly, people are not only influenced by the linguistic behaviour of others, but also by the language behaviour of computer systems they trust. Secondly, translation tools such as Google Translate are not only minimizing language barriers, but they can be used by language teachers and tutors as an ally in the language learning process rather than an enemy. This is especially so when one is learning challenging sentence structures in a second language.