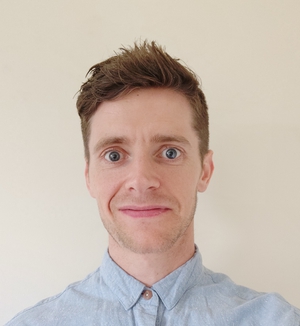 Climate change is an era-defining global challenge. Current pledges by countries to reduce greenhouse gas emissions have set the world on course for a 2.7°C temperature increase in less than 80 years, relative to the 1750s. Countries unanimously agreed in 2015 under the Paris Agreement that a 1.5°C temperature increase was the "safe" upper limit for humanity. A 2.7°C temperature increase would likely result in a world that would be unrecognisable and uninhabitable to many. How can we hope to reverse our fortunes by 2100 and stay within the 1.5°C threshold?

Limits to Growth, a seminal book published in 1972, examined nature's role in supporting sustained population and economic growth rates globally. The book concluded that the natural environment cannot support sustained economic and population growth rates beyond 2100, even with technological advancements. The current rate of climate change and biodiversity loss clearly shows that Earth’s natural environment is struggling to support us. As predicted in 1972, advancements in technology have not occurred at rates necessary to prevent unsafe climate change, and pledges will not be sufficient to limit temperature increases to 1.5°C.

From RTÉ Radio 1's Morning Ireland, Siobhan Curran from Trocaire on how global warming is a bigger threat in some parts of world than others

Though the book predicts a dire outcome, it does contain a message of hope: Humans can create a world in which we prosper if we impose limits on our production of material goods to achieve a state of global equilibrium, with population and production in balance. So, what might this mean for economic growth and the policies that have supported this growth to date?

Democratically elected politicians are often restricted in what policy ideas they can support. The Overton Window is a model for understanding how ideas in society change over time and influence politics. The model has demonstrated that politicians tend to only pursue policies that are within an 'acceptable’ window of public opinion and shows that they may lose support if they push for radical policy ideas.

Where climate action is concerned, the Citizen’s Assembly showed that Irish people, furnished with the facts, unanimously support the State taking a leadership role to solve the climate crisis. But despite near-unanimous support, the radical change required to limit temperatures to 1.5°C is unlikely while government policies continue to prioritise economic growth above all else.

From RTÉ Radio 1's This Week, RTÉ correspondent Conor Macauley discusses expectations ahead of this week's COP26 summit in Glasgow

Simon Kuznets was the Nobel Prize winning economist who helped develop the concept of Gross Domestic Product (GDP) in the 1930s. He explicitly advised governments not to use GDP as a measure of wellbeing. Despite this warning, GDP and economic growth have since dominated global politics and are regarded by many as a measure of a nation’s wellbeing and prosperity. Uncritical support for GDP growth above all else has caused the shocking decline in global biodiversity, millions of pollution-related deaths every year and potentially catastrophic climate change.

Some countries are already recognising the fallacy of basing well-being primarily on measurements of economic growth, and have broadened measures of wellbeing to include Gross National Happiness (GNH) and environmental sustainability. Bhutan is already the world’s first carbon negative country (it takes in more carbon than it emits) Not alone does this already far exceed most other countries’ climate change commitments, Bhutan also ranks as one of the happiest countries on the planet.

Environmental protection is legitimised in Bhutan’s constitution, which includes a stipulation stating that a minimum of 60% of its land is consistently maintained as forest. It exports most of its renewable hydropower energy, which counteracts carbon emissions. There are lessons here for Ireland given our vast renewable energy resources and potential to be a world leader in green energy.

From Al Jazeera English, how happiness is not just a traditional way of life in Bhutan but a national statistic

For the Bhutanese, a higher societal goal of happiness beyond economic growth, focuses on meaningful societal progress by balancing physical, mental, material and spiritual elements. All of this is done while working within the limits of the natural environment. Bhutan has successfully demonstrated a model of development that looks beyond economic growth, and has achieved the support of its people in the process.

While societal support for ambitious climate actions can be difficult to achieve, young climate activists have been highlighting the radical transformations needed to support environmental and societal wellbeing for some time. Research shows that when people experiment with individual actions related to climate change (e.g. reducing meat consumption, walking/cycling, reducing plastic), it can lead to change at much larger scales.

Changes to mundane daily routines can have positive ripple effects on others. These ripples inspire others to act, generating even more ripples of change. This shows the importance of personal changes, but also how institutions, infrastructure and policies need to be adjusted to support citizens’ ability to change. Individuals have far more power than they might realise when it comes to climate change. The recent mobilisation of a global climate movement started by one individual shows just how important the actions of one person can be.

We need truly transformational approaches to how we think about life on Earth if we are to stay within the "safe" upper limit of 1.5°C. The climate we create for younger and future generations will depend on whether we see the natural environment as a limitless economic resource to be endlessly exploited, or whether we impose limits on ourselves in how we produce and consume goods. Influencing system changes individually and collectively through mobilisation will be a key driver of success. You matter much more than you may think.

Dr Darren Clarke is Assistant Professor of Geography in the School of History & Geography at DCU.