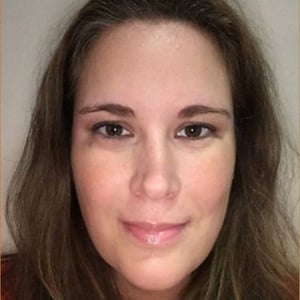 Analysis: it seems anything that is unfavourable gets labelled as narcissistic, psychopathic or sadistic, but this is not truly accurate

If you search social media for the terms narcissist or psychopath, you'll get thousands if not millions of hits. These terms get thrown around and mixed (narcissistic psychopath), but most people don't actually know the traits or associated behaviour. It seems anything that is unfavourable gets labelled as narcissistic, psychopathic or sadistic, but this is not accurate. People can engage in harmful behaviour without being narcissists/psychopaths.

Hearing the terms psychopath or sadist conjures images of serial killers, as portrayed in The Silence of the Lambs or You. However, researchers have found that there are subclinical everyday dark personalities, namely the so called Dark Triad (D3: machiavellianism, narcissism, psychopathy) or Dark Tetrad (D4: the Dark Triad trio plus sadism).

By subclinical, we mean people exhibit some of the core traits of the clinical personality disorders but do not reach the threshold for clinical diagnosis. This means people are high/low on these traits in the same way people can have depressive symptoms without meeting the criteria for clinical depression.

Where do these traits come from?

From RTÉ Brainstorm, there is much to suggest that career advancement owes much to narcissism, Machiavellianism and psychopathology

What are the traits?

The commonalities include self-promotion, cold emotionality, low agreeableness, aggressive proclivities and malevolence. While there is considerable overlap, they are unique in their core traits and triggers to aggress. Machiavellianism fundamentally is "the ends justifies the means" (think corrupt politician), and they aggress in a proactive manner only if they can go undetected and not retaliated against when benefits outweigh potential costs. Narcissism's core traits are a sense of superiority/entitlement and dominance. People higher on narcissism react aggressively exclusively when their ego is threatened.

While this seems then that narcissism would not trigger much aggression, it is deceptive because people with narcissistic traits often perceive innocuous encounters/statements as direct attacks, leading to significant amounts of aggression. Psychopathy is characterised by antisocial behaviour with high impulsivity, but low emotional reactivity/empathy. Those higher on psychopathy use violence instrumentally (goal-oriented) when it is low cost to themselves and react more aggressively to physical instigations.

Sadism's central trait is the enjoyment of other’s suffering (schadenfreude). Those higher on sadism will engage in any opportunity to aggress even unprovoked and at high cost to themselves, meaning they are willing to put themselves at risk so long as it is causing suffering. No other trait contains this aspect.

From RTÉ 2fm's Jennifer Zamparelli show, sex and relationship therapist Rachel Cooke about how to cope if you're in a relationship with a narcissist

What does the research tell us?

The research to date is extensive and has been done on topics from intimate partner violence (domestic violence) to problems in the workplace to dating app trolling. One common finding is that while men score higher than women, there are no differences in their "dark" behaviour. This could be due to the personality scales being more sensitive to men's traits or women giving more socially-desirable answers.

In an experiment, researchers found that those who were higher on sadism chose a task that allowed them to be aggressive and worked harder to inflict pain because they enjoyed it. This study was crucial for two aspects: only those higher on sadism worked to aggress and when those participants chose to aggress, they had increased positive affect (they were happier while inflicting pain), highlighting sadism's uniqueness from the other traits.

To investigate ego threats, researchers had participants write essays and then gave them positive or negative feedback on the essays. Participants then played a game and if they won, they got to blast their partner with noise. The results showed that the D3 (sadism was excluded) were aggressive with negative feedback, but those higher on the narcissism scale were particularly aggressive, showing the propensity for retaliatory aggression with narcissism under ego threats.

From RTÉ Radio 1's Today with Claire Byrne, Barry Lenihan reports on some political staff in Leinster House who say they have been bullied in the job

We have all witnessed the toxicity of internet interactions, and researchers have investigated the associations between this and the D4. One study examined cyberbullying versus in-person bullying. The researchers found that Machiavellianism, psychopathy, and sadism were associated with in-person bullying while only sadism was associated with cyberbullying.

Narcissism was not associated with either type of bullying as there is no ego threat, and those higher on the narcissism scale are reactive in their aggression, whereas bullying is a proactive behaviour. Higher Machiavellianism is associated with proactive interpersonal manipulation, which explains the in-person bullying association. However, those higher on the Machiavellianism scale do not aggress if they could be caught, and cyberbullying leaves a digital trail that could lead to detection, keeping them in check.

Psychopathy is associated with proactive instrumental violence at a low-cost, as is in-person bullying. Cyberbullying is high-cost as people have to go out of their way to cyberbully, which explains why it was exclusively associated with sadism, as sadism is the only trait that aggresses regardless of personal effort. These results highlight the D4's uniqueness and when they do or don’t aggress.