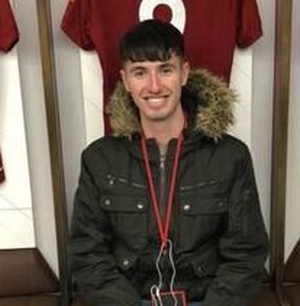 Opinon: a proposed development in Cork offers a clear-as-day example of where not to put a car-dependant retail park

Urban commercial and residential developments were historically centred around city areas, but the arrival of the motor car radically changed this. The car allowed people to work in the city, but live further away at no real additional cost bringing about the birth of modern suburbs and exurbs. Suddenly, rural places were no longer rural and communities, towns, villages and suburbs filled with cars.

The car brought significant challenges in the realm of planning. Specifically, it introduced the problem of trying to coherently manage urban expansion into previously underutilised out-of-town areas. These attempts have culminated in national planning architectures, which act as frameworks to be applied to local and regional-level developments, ensuring consistency in developmental patterns and forms across the country.

Like much of the developed world, Ireland opted to pursue its own American dream by embracing suburbanisation and everything that came with it. This manifests itself now in a landscape littered with suburbs, commuting belts and out of town commercial and employment hubs.

From RTÉ Radio 1's News At One, Cian McCormack reports on the impact of the pandemic on retail parks

Because Ireland's overarching development architecture was generally car focused up until 2005, the results of this pursuit are plainly seen by the environmental costs car dependency has generated. Evidence clearly shows that any developments which enable car dependency cause acute climate problems through increased emissions and inefficient land use. A governmental failure to invest in sustainable transport options (like the bus), and environmentally efficient development throughout these decades explains why many Irish suburbs remain car dependent today, and why these environmental issues persist.

Over the last few years, there have been plans for a new retail centre to be built in the Carrigtwohill area of East Cork which would see a Kildare Village-like outlet centre built on a greenfield site just outside the town. However, this proposal recently came under fire, as revisions to the existing plans rendered this type of development inconsistent with local, regional and national frameworks for sustainable development, according to the Office of the Planning Regulator. A High Court challenge by Cork County Council over a ministerial direction to annul a change to its development plan in regard to this proposed project is due to be heard in the coming weeks.

Traditionally rural areas like Carrigtwohill have been given a new lease of life in recent decades. Due to their out-of-town nature, they have been serendipitous in their location as multinational business parks and pharmaceutical clusters have formed nearby. Largely because of these new working opportunities and the availability of cars, these villages have tended to experience population explosions over the last two to three decades, creating suburban-like areas in which the population tends to grow too fast for the surrounding transport infrastructure to keep up.

From RTÉ Radio 1's Morning Ireland, what can individuals do in the fight against climate change?

In these out-of-town suburbs, congestion has often become inevitable as they tend to have poor public transport links and too much car use for their road infrastructure to handle, rendering them car dependent. Carrigtwohill is no different. Despite having train and bus linkages, cars are still the preferred commuting and travel mode for most residents who predominately work between the city and these surrounding business and pharmaceutical parks.

This newly proposed outlet centre is therefore primed to be placed in a car dependent area and the developers seem to acknowledge this. By citing approximately 90% of the expected consumer base to travel to this site by car, it is clear that the evident congestion problems in the Carrigtwohill-N25 area, can only be expected to mushroom should this type of development go ahead prior to major transport infrastructure improvements.

My research concerns the relationship between retail centre locations and the emissions these locations generate. I gauge these emissions by analysing hypothetical shopping trips for multiple transport modes. The results of this research spell doom for this planned outlet centre in Carrigtwohill.

This development, which revolves entirely around the car, flies in the face of sustainability-centred frameworks

We find that emission problems primarily occur when retail centres are placed outside city areas, and specifically when they are placed in areas like Carrigtwohill. We find this is primarily due to car-dependency as the retail centres which generate lower emissions tend to experience higher uptakes in bus-use, walking and cycling, whereas cars firmly dominate the rest. The issue is clearly infrastructurally related, as the retail centres generating less emissions are in areas which typically accommodate sustainable transport well, such as city areas.

Based on these findings, Carrigtwohill offers a clear-as-day example of where not to put a retail centre of this nature; a result which lines up with international standards of sustainable planning. Ireland 2040 and other contemporary planning frameworks do not want more retail centres being built in out-of-town areas. This is not for the fun of it. There is no policymaking or evidence-based justification nationally or internationally for a proposal so heavily reliant on car users.

This development, which revolves entirely around the car, flies in the face of sustainability-centred frameworks. That it has been proposed during a climate crisis reveals a sense of institutional tone-deafness. Should it go ahead, stakeholders can expect this type of development to worsen their local traffic problems and degrade their local environment through a splurge in CO2 emission outputs.

Conor O'Driscoll is a PhD candidate at the Spatial and Regional Economic Research Centre (SRERC) at UCC.