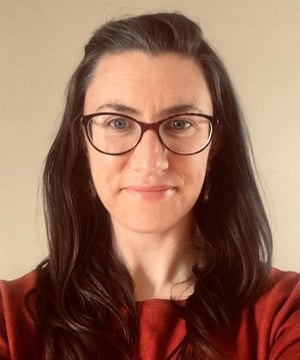 Analysis: the debate around the term duine de dhath shows how language constantly evolves and adapts to social change

The official term for a person of colour, duine de dhath, was published in the National Terminology Database for Irish in July 2021. Within days, the story gained both national and international traction with coverage across RTÉ.ie, The Sunday Times, The Guardian, The Irish Times, Tuairisc.ie and many other media outlets.

While the attention reflects the topicality of a subject matter, it also shines a light on how language constantly evolves and adapts to social change. It also invites us to question established norms of usage. Certain terms are adopted and become firmly established, while others are only temporarily in circulation and gradually fall out of usage. Ask anyone born this century to describe the ‘Millennium Bug’ or ‘Y2K Bug’ and you will probably be left waiting for an answer.

Irish journalist and broadcaster Ola Majekodunmi submitted a request to An Coiste Téarmaíochta seeking clarity on the Irish term for ‘person of colour’ in early 2021. This request was similar to Sinéad Burke's request in 2016 to add the term duine beag or ‘little person’ to the National Database for Terminology for Irish. Both Majekodunmi and Burke recognised a lexical gap in the language and followed the standard steps to have it filled.

While the debate surrounding the introduction of duine de dhath is reminiscent of similar terminological debates which occurred during the height of the Gaelic Revival period at the beginning of the 20th century, the medium of debate has transferred from the printed page to online platforms such as Twitter and Facebook. Many novel terms in Irish have been criticised as being unnatural, non-native or as outright Béarlachas in the interim period. Each of these claims have been used to describe duine de dhath in recent months.

Interestingly, the debate has shed light on how colours are represented in language. Indeed, the debate surrounding the introduction of the term 'person of colour' is not unique to Irish, and has been a cause for discussion in German, Spanish and English.

While discussing the term on Raidió na Gaeltachta’s current affairs programme Tús Áite, Máire Feiritéar, a member of An Coiste Téarmaíochta and Majekodunmi considered the various complexities associated with the term duine de dhath. While duine dubh and duine gorm, literally ‘black person’ and ‘blue person’, have traditionally been used to describe a person of colour in Irish, Majekodunmi suggested these terms do not accurately represent the concept’s meaning.

Feiritéar noted the underlying meaning of nobility associated with the term gorm in Irish and gives usage examples which date back to the Fenian Cycle of Irish literature. Colour is often linked to cultural practice and to only provide a literal translation of duine dubh or duine gorm misrepresents and disregards the terms’ associated underlying meanings, despite delivering attractive newspaper headlines.

Looking to literature, the influential Faustian tale Séadna – first published in book form in 1904 and regarded as essentially the first Irish-language novel – casts An Fear Dubh (the devil), capitalised and differentiated from the non-capitalised an fear dubh, as a central character in the tale of a cobbler who strikes a deal with the devil. Furthermore, one need only glance at Tómas Ó Criomthain’s prominent autobiography An tOileánach to find reference to na fir ghorma, literally ‘the blue men’, referring to the local coastguards in the biography’s opening chapters.

Often, the difficulties associated with defining the boundaries between colours in various languages need to be taken into consideration when translating from one language to another. Polish linguist Anna Wierzbicka points out that many languages do not have a term for colour and gives the example of visual descriptors used by speakers of the Aboriginal language Warlpiri in Australia: yalyu-yalyu, literally ‘blood-blood’; karntawarra-karntawarra, literally ‘ochre-ochre’; yukuri-yukuri, literally ‘grass-grass’.

Article 7 of Bunreacht na hÉireann states the national flag ‘is the tricolour of green, white and orange’, while the Irish text states ‘an bhratach trí dhath .i. uaine, bán, agus flannbhuí’. The headword uaine is defined as ‘(vivid) green’ in Ó Dónaill's dictionary, while the more commonly used glas is defined as (1) ‘green’, (2) ‘grey’ or (3) (in earlier literature) ‘blue’. Ask any native speaker of Irish the colour of the sea and the answer could include reference to glas, gorm or liath, depending on various meteorological, geographical and dialectal factors.

From RTÉ's Beo Ar Éigean, Siún, Sinéad and Áine break their golden rule for Seachtain na Gaeilege and talk about the Irish language

The term na Dúchrónaigh is commonly used to refer to the Black and Tans in Irish, but it was a novel term created to fill a lexical gap in the language at one time. In a recently published digital dictionary of his lexicographical work, the celebrated author Máirtín Ó Cadhain describes how na Dúchrónaigh was not traditionally used in spoken Irish, but appears to stem from the colour dubhchrón, a combination of dubh and crón. The headword dubhchrónach is defined as ‘an tráth sin den choineascar a mbíonn sé idir dubh agus crón’, literally ‘the dusk or twilight period between dubh and crón; the gloaming’.

The discussion surrounding the introduction of the term duine de dhath has invited the Irish-language community to reconsider how it refers to people of colour. Whether the term will become firmly established and widely used is yet to be seen. It has also provided us with an opportunity to delve into the language’s richness and depth of meaning while debating complex linguistic issues in our native tongue, proving once again that Irish is not a monochromatic ‘dead language’ but a language full of colour in itself. 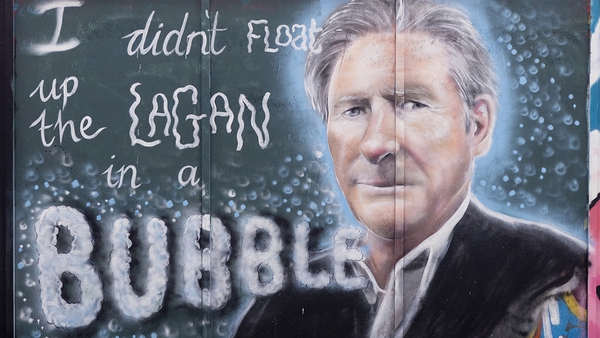 Bent coppers & Lagan bubbles: the art of Tedisms in Line of Duty