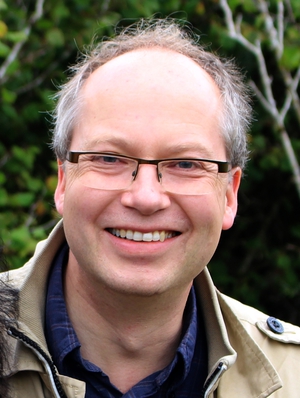 Analysis: Evolution works like a tinkerer rather than an engineer, as the French Nobel prize winner Francois Jacob famously said, taking old parts and cobbling them together in new ways to serve new functions.

Our hearing deteriorates as we get older and so does our sense of balance. At first sight, these two ailments appear unrelated, but they have a common cause.

Both our sense of hearing and our sense of balance is mediated by little sensory cells in our inner ear known as hair cells (not to be confused with the body hair) and these hair cells have a limited life span and tend to degenerate when we get older.

A bundle of small hair-like structures sticks out of each hair cell into the surrounding liquid giving it its name. When these hairs bend, thin strings attached to each hair pull open the lids of tiny channels in adjacent hairs. This allows a current of charged particles to flow into the hair cell, thereby activating it.

Depending on where the hair cells sit in our inner ear, they respond to different stimuli. One part of the ear is dedicated to detect our position and movement in space and helps us to maintain balance. The hair cells in this part are strategically positioned to pick up movements of the liquid, which fills the inner ear. When we tilt or turn our head, the liquid moves in the opposite direction thereby activating the hair cells.

Another part of the ear is specialised for the detection of sound. Hair cells in this part sit on top of a flexible membrane, which vibrates when sound reaches the ear. When these vibrations push hair cells up and down, their hairs bend and activate the cells.

Hair cells are not unique to humans but are found in the inner ear of all vertebrate animals; that is in fishes, amphibians, reptiles, birds and mammals. Fishes and amphibians also carry hair cells on the surface of their bodies. The hair bundles of these cells respond to water flow and allow these animals to sense how fast and in which direction they move relative to their environment.

Thus, hair cells have a very deep evolutionary history. Because all living vertebrates have hair cells, they must have already been present in their last common ancestor.

This was a fish-like creature that lived approximately 450 million years ago and probably used hair cells for the detection of water flow and to maintain balance like many modern fishes. During the subsequent evolution of vertebrates, hair cells then have adopted additional roles, such as for hearing in reptiles and mammals.

However, our story does not end here. Sensory cells with some similarity to hair cells have long been known from other groups of animals as well, including insects, molluscs, flatworms and even jellyfish. These cells, which are often equipped with one long "hair" surrounded by several short ones, are often located on the body surface.

From RTÉ 2FMs Dave Fanning Show, the jellyfish expert Dr. Lisa-Ann Gershwin joins Dave on the phone from Australia to chat all things weird and wonderful about jellyfish

While some of these cells may respond to mechanical stimuli like water movements, others are thought to be activated by chemical stimuli. In some animal groups, these cells are clustered together to form specialised sense organs.

In Johnston's organ of insects, for example, large numbers of such cells huddle together at the base of the antenna. There they respond to vibrations of the antenna and provide insects with a sense of hearing, independently acquired from vertebrates.

It has long been controversial whether the hair cells of vertebrates and the sensory cells of other animals are indeed evolutionarily related. Alternatively, the "hairiness" of these cells may be a superficial similarity, independently emerging in different animal groups rather than being inherited from a common ancestor. Technical advances in molecular biology now shed new light on this old controversy.

It has been possible for many years to determine which genes are active in biological tissues by identifying and quantifying the molecular products (so-called mRNAs) synthesised by active genes. However, only recently have these techniques become so sensitive as to allow us to determine the gene activity profile of single cells.

We can now characterise individual sensory cells not only by their appearances under the microscope but also by their gene activity profiles and can compare these between different animal groups.

Based on these data, I recently concluded a comprehensive overview of sensory cells in the animal kingdom. This survey suggests that the hair cells of vertebrates indeed are most likely descended from sensory cells that can be traced back to the last common ancestor of all animals.

Apparently, these ancient sensory cells have repeatedly acquired new functions and have been adapted for the detection of new stimuli. For example, sensory cells responding to touch probably became modified in some animal groups to detect sound or chemical stimuli.

To equip the staggering diversity of animals on earth with their many specialised sense organs, evolution seems to have re-used, re-combined and re-purposed the same type of sensory cells again and again.

This shows that evolution works like a tinkerer rather than an engineer, as the French Nobel prize winner Francois Jacob famously said. It takes old parts and cobbles them together in new ways to serve new functions, rather than designing them from scratch with a specific purpose in mind.

Moreover, evolution - unlike an engineer – assesses quality by reproductive success. It has no quibbles to use parts that tend to get a bit rusty after we had our children.

Consequently, several of our senses have been built from the same type of hair cells and these do their job beautifully while we are young. However, once we approach forty or so, they have had their day, and so we have to put up with walking sticks and hearing aids as the unwelcome companions of our latter years.

Dr. Gerhard Schlosser is Lecturer at the School of Natural Science, NUI Galway. He is working on the development and evolution of sensory cells.