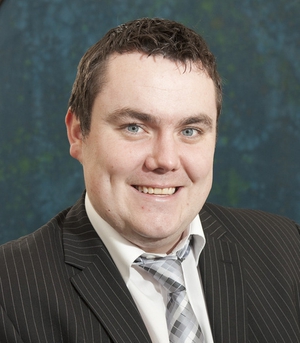 Analysis: the Republic Of Ireland topped the league for 10 years for the transfer abroad of young players, but Brexit is set to change this.

This week, FIFA released a report laying out some of the data from the last ten years of international football transfers in the men's game. The report highlights how $48.5 billion was spent (mostly by European teams) on transfer fees in that period and how a further $3.5 billion was paid to agents. One figure buried deep within the report stood out when it comes to the future of Irish football; the Republic Of Ireland was the country with the most players under 18 years of age transferred abroad from 2011 to 2020.

However, looking at historic data, we can take a very good guess that most of the young Irish players transferring abroad transferred to English clubs. They followed a well-worn path where the most talented Irish players transferred at young ages in the hope of one day 'making it' at an English club. Most of these players returned home without having been perceived to have 'made it’ – and many of them received minimal levels of education whilst at English clubs.

The players who did make it through English football’s youth system have tended to go on to form the backbone of the Irish national team. A smaller number of national team players transferred to England at a later stage having played in the League of Ireland first. These would include Sean Maguire (who went from Waterford United to West Ham United in 2013 and from Cork City to Preston North End in 2017), Matt Doherty (from Bohemians to Wolves in 2010) and Gavin Bazunu (from Shamrock Rovers to Manchester City in 2019). England was the de facto destination for young Irish players, with the clubs back in Ireland rarely, if ever, being adequately compensated for years of training and development invested into the player.

In the early 2000s, while still dealing with the aftermath of the famous Bosman judgement, FIFA set out rules to better regulate the transfers. One of the changes was a general prohibition on the international transfer of minors, although an exemption was allowed where players within the EU could transfer aged 16. This, at least, put an end to the appalling practice of children as young as 14 leaving home and going to live in England as trainee footballers. However, Irish players continued to sign for English clubs at 16 as they were permitted to do so by virtue of the United Kingdom being a member of the EU.

From RTÉ 2fm's Game On in 2013, Brain Kerr and Kevin Palmer look at the futures of the Irish players in the UK and it's impact on the Irish team

However, the writing was on the wall to a certain degree for young Irish players. The English game became richer off the back of huge broadcasting deals and spending by oligarch owners. Instead of focusing on signing local players, English clubs spread a wider net signing players from all over Europe. Academies at English clubs gradually filled with the likes of Gerard Piqué and Cesc Fabregas.

Signings of Irish youth players continued, and these players still form the backbone of the national team. However, the Irish players found themselves in a much more competitive market, something born out by an analysis of the number of Irish players playing regularly in the top league today versus 20 years ago.

The FAI recognised this and pushed through Underage National Leagues in Ireland in the hope of having the best players playing against each other at all age groups in Ireland with a view to developing more players at home. Despite the interventions of the FAI, there was still sufficient demand from English clubs over the last 10 years to make Ireland the global leader in exporting minor footballers.

From RTÉ Archives, Una O'Hagan reports for RTÉ News on how Home Farm soccer club are trying to better the odds for young Irish boys trying to make a career in football

But events far away from the pitch brought this to a shuddering halt in the last year. Once the UK formally left the EU, the exemption which allows European clubs sign players who are under 18 from another EU country no longer applied to them. This left Irish footballers in a curious position. Thanks to the Common Travel Area , Irish footballers are legally and technically allowed to work in the United Kingdom. However, football rules prohibited them from being able to tranfer and register with clubs who are part of the football associations of England, Northern Ireland, Gibraltar, Scotland and Wales until they are 18.

The latest FIFA report shows the likely impact of this. Ireland is likely to go overnight from the country with the most underage transfers to one of the lowest in Europe. This no doubt presents challenges for Irish football. Although the FAI have got ahead of the issue to a certain extent with the establishment of underage national leagues, Irish football suffers from a historic lack of investment, support and its own governance and financial failings. While the FAI has put the sort of competitions in place to give young Irish players the best chance at developing here at home, the facilities and overall investment is lacking.

From RTÉ Radio 1's Documentary On One, The Man Who Offsider profiles Patrick O'Connell, the first Irish captain at Manchester United and the manager who saved FC Barcelona

One area where Irish clubs desperately need to improve is securing proper compensation either by way of transfer fees or training compensation when players do transfer abroad. The FIFA report documents how Ireland does very poorly in this regard on any international comparison with similarly sized countries.

However, it's not all doom and gloom. Irish football has emerged from its most difficult hour into a changed reality which presents it with some real opportunities. For the first time in the history of the game here, there is a chance to properly shape its own future rather than relying on others to do so.