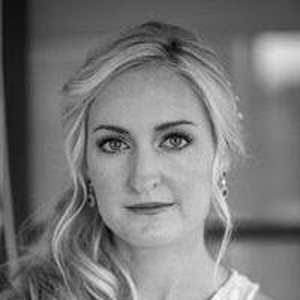 Analysis: Albrecht Dürer's enigmatic drawing shows us what Ireland wore 500 years ago, from the glib haircut to mantle coats

Albrecht Dürer's enigmatic drawing of Irish soldiers turns 500 this year. A work of outstanding ethnographic importance, it depicts what continental Europeans could learn about the Irish and their dress in the early 16h century.

But half a century on, the drawing still has secrets to spill. UCC historian Dr Hiram Morgan has proposed a link between the artwork and an account of an Irish visit written three years earlier by Burgundian chronicler Laurent Vital. In the summer of 1518, Vital accompanied a party of travellers, including a young, Habsburg prince, the archduke Ferdinand I of Austria, to Flanders. Encountering a storm in the Bay of Biscay, their ship found shelter in Kinsale, Co Cork, where Vital and his crewmates spent a memorable week among the townspeople.

There are many similarities between the German master's famous portrayal of the Irish and Vital’s descriptions of "the rural people and the savages," who, he wrote, went about with "bare feet and bare legs." Dürer’s Irishmen were captioned: "Thus go the soldiers in Ireland on the far side of England / Thus go the peasants in Ireland." His peasants, on the left of the drawing, also go barefoot and wield polearms called bills (adapted from agricultural bill-hooks).

The hairstyles of Dürer's Irishmen echo Vital’s description of the rural people "[who] were shorn and shaved one palm above the ears, so that only the tops of their heads were covered with hair." This hairstyle, the "glib", was a popular Irish style in the 16th century. Characterised by a long fringe of hair resting upon the front and sides of the face, it was reviled by English colonialists in Ireland for its perceived ability to conceal the wearer’s face and identity.

"These men wear and cover themselves in big hairy coats, over their heads," wrote Vital about Irish clothes. These garments, called mantles, were pulled around the upper body to protect against the elements. Commonly made with sheep’s wool, they often featured fleecy trims like the one Dürer illustrates so expressively on his central figure.

The Irishmen drawing has long been attributed to Dürer's 1520–1521 visit to the Netherlands. Some scholars have proposed that the artist encountered Irish mercenaries in the service of Henry VIII, while others suggest that youths dressed in Irish costume were among the "boys and maidens most finely and splendidly dressed in the costumes of many lands" that Dürer observed in an Antwerp parade. Morgan instead proposes that Dürer came across Vital’s report of the Kinsale Irish.

From BBC's In Our Time, Melvyn Bragg and guests discuss the life and work of Albrecht Dürer

Dürer's homecoming to Nuremberg in 1521 also coincided with a state visit by the archduke Ferdinand I, Kinsale’s honoured guest. Nuremberg was a centre of arms and armour production, where examples for the drawing’s weaponry were plentiful. Dürer may even have considered compiling a costume book of national dress, a popular 16th-century genre. Also dated to 1521 is a similar costume study of women from the historic Baltic state of Livonia, whose marvellous dress highlights Dürer’s fascination with clothing and ethnography.

His Irish soldiers and peasants display the warlike character Vital attributed to rural Irishmen, who were "very strongly given to fighting … not because of disputes but just out of ill-will." Vital’s opinions were coloured by his stay in a walled town, where it was made clear that the townsfolk considered themselves separate to the Gaelic Irish of the surrounding hinterlands: "I have seen some of these savages, as quick in the fields – one might say – as horses … the locals dare not go outside town on business without being strongly accompanied and well-armed for it is the savages who are masters of the countryside; and there where they find themselves to be strongest, they pillage whatever they come across."

Vital was informed by an elderly townsman who was able to speak to him in French. Although he was persuaded that the rural, Gaelic Irish were strange-looking, belligerent rustics, elements of their dress illustrated by Dürer actually point to a population that were outwardly facing and connected through trade to Anglo-Irish towns, Britain and Europe.

From DW, a visit to Albrecht Dürer's house in Nuremberg

Dürer gives one of his "peasants" a bright, golden yellow jacket, a reference to Ireland’s love of saffron dye, imported in from England and Spain. An expensive commodity due to the exceptional amount of dried saffron crocus stigmas the dyestuff required, it was an extravagance legislated against by Ireland’s Tudor administration.

The central soldier’s pink, fleecy mantle with orange chequered trim could have been among the thousands of Irish mantles exported to Britain and Europe in the early 16th century. Their warmth and water-resistance made them popular among foreign soldiers and sailors. Irish soldiers of the era, meanwhile, favoured swords imported from the continent.

Later costume drawings of 16th and 17th century Irish by English and continental artists continued Vital’s comparison of the wild, Gaelic Irish with their long, saffron shirts and glibs with the "civilized" populations in Anglo-Irish towns and the Pale. But while Dürer contributed indirectly to this vision with his formidable soldiers and barefoot peasants, his drawing also commemorates the commerce and exchange underpinning a cosmopolitan, Irish material culture.

A webinar to mark the 500th anniversary of Dürer’s Irishmen will be held on Saturday next (September 4th), with the support of the Irish Research Council. Tickets are free, but should be booked in advance.