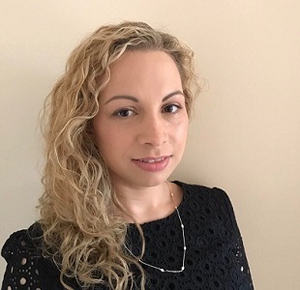 Opinion: significant gaps exist in our knowledge of whether sex offender laws help to keep the public safe

Sex offender management is a challenging and often controversial area of the criminal justice system. This year marks the 20th anniversary of the Sex Offenders Act 2001, which was introduced following unconfirmed concerns about foreign sex offenders using Ireland as a 'safe haven' to avoid post-release restrictions in other countries. This Act brought in a range of mechanisms for offenders convicted under the legislation, including the requirement to sign on at a Garda station, post-release supervision, obligations to disclose a sex conviction to prospective employers and a sex offender order (applicable where substantiated concerns exist regarding persons with sex convictions).

Since the introduction of the legislation, the focus upon identifying and minimising the risks posed by released sex offenders has intensified. The development of Sex Offender Risk Assessment and Management (SORAM) has facilitated joint assessment and management of offenders within the community and approaches such as the Good Lives Model and Circles of Support and Accountability (CoSA) have complimented management strategies in attempting to successfully reintegrate offenders.

From RTÉ Radio 1's Morning Ireland, Cillian Sherlock reports that only one in eight sex offenders being released from prison has taken part in the State's main treatment programme

However, the introduction of the legislation also raises questions as to its effectiveness in preventing sex crimes and keeping the public safe. To date, there has been no large scale study in Ireland which explores such issues, so significant gaps exist in our knowledge of whether these and other sex offender laws effectively reduce sexual offending.

Empirical research in other jurisdictions has raised doubts about the effectiveness of post-release provisions. Many researchers actually recommend abolishing policies like registration and community notification altogether as there is so little empirical evidence to support their effectiveness. This is set against the negative and often disproportionate consequences such measures can have, which include unemployment, homelessness, travel restrictions, harassment and abuse, for both offender and family members.

While the idea of abandoning post-release monitoring might prove too radical for many, the lack of proven effectiveness of such measures in achieving their supposed goal, should give us pause for thought. The reality, however, is that criminological expertise does not often find favour with working policies and the optics of being 'seen' to be harsh on offenders is too valuable in acquiring public favour.

The Sex Offenders (Amendment) Bill 2018 proposes to reform the 2001 Act. While many of the proposals are needed to introduce greater clarity and efficiency into the current approach, such proposals as reducing the window for signing on from seven days to three days and electronic monitoring raise questions concerning the validity and purpose of such restrictions, given the lack of proven benefit of such approaches.

One particularly contentious issue which has arisen again is that of community disclosure. Disclosure laws garner strong support in the belief that knowing where sex offenders are will make us safer. However empirical research has not uncovered any demonstrable effect on future sexual offending and disclosure can heighten rather than reduce the fear and anxiety of persons who have received such information, especially where there is no follow up support.

Despite misunderstanding on the issue, the approach in Ireland over the past two decades has been one of controlled disclosure of information. This is done on a need to know basis to persons who are in a position to prevent a threat by an identifiable person against an identifiable child or other vulnerable person. Despite some media reports, it has never been recommended that the public at large be given access to information regarding convicted sex offenders. Under the 2018 Bill, there is a very limited proposal to permit release of the details of high-risk offenders who are non-compliant with the registration requirements and have evaded the Gardaí, but the overall approach that continues to be advocated is one of controlled disclosure, albeit in a more robust and transparent format.

Most agencies involved in the management of sex offenders are in agreement that widespread public access must be avoided, as it has proven to be counterproductive in other jurisdictions. Naming and shaming, while it may be done with the best intentions, can actually force offenders to go to ground and evade the Gardaí and Probation Service. This makes it much more difficult to monitor such individuals, and they can pose a greater risk to the public as a result.

The temptation to dehumanise and exclude sex offenders is understandable, but may ultimately be counterproductive. It is regrettable that the measures often reinforce the idea of 'stranger danger' and perpetuate the notion that the public needs to be protected from the predatory unknown sex offender, when the reality is that most sex offenders tend to be known to their victim. Consequentially, such laws do little to protect such victims from situational or opportunistic offending. Society also tends to view sex offenders as the predatory adult male, ignoring the reality that sex offenders can be women, children and young adolescents also. Moreover, not all those convicted of a sex offence pose a high risk of reoffending, rather it is a minority sub-group who pose the greatest risk. For this sub-group, proper supervision and supported rehabilitation is essential.

There are no 'silver bullets' in dealing with sex offenders

There are no ‘silver bullets’ in dealing with sex offenders. Restrictive post-release measures can provide misleading assurances of safety but are not always effective in terms of crime prevention. The rhetoric of victims’ rights frequently results in the endorsement of harsh policies aimed at punishing offenders more severely rather than supporting victims.

We need to ask ourselves what do we want to achieve as a society: expressive ‘feel-good’ policies or effective approaches which provide justice for victims and public safety? The reach of the criminal justice system in redressing sexual violence is limited. We need to strategize for a more holistic approach which incorporates education, support and procedural justice, along with evidence-based monitoring and supervision of high-risk offenders. Empirical studies would help us fill in some of the missing pieces to this as of yet unsolved jigsaw puzzle.

Dr Margaret Fitzgerald-O'Reilly is a lecturer at the School of Law at the University of Limerick.