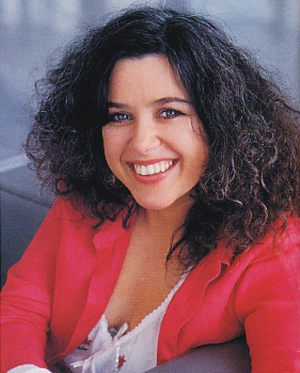 Analysis: why the rural poor in 19th century Ireland half-cooked potatoes for consumption says a lot about society, history and food

In 1998, I published a short and general book, A Little History of Irish Food. In the potato chapter, I referenced a method of cookery practiced by the rural poor in the early to mid 19th century Ireland. A handful of sources detail how potatoes were half-cooked for consumption. Parboiling or half-roasting rendered a potato that was at once half-cooked and half-raw, with the inner core hard to the bite. Potatoes cooked in this way were called potatoes with the moon (an ghealach) or potatoes with the bone.

William Wilde, father of Oscar, describes the practice in some detail in his essay, ‘The Food of the Irish’, which was published in 1854 in the Dublin University Magazine. Here is his explanation of the practice: "the heart of the potato was allowed, by checking the boiling at a particular point, to remain parboiled, hard and waxy; when the rest of the potato has been masticated in the usual manner, this hard lump, about the size of a walnut, was bolted; and in this manner nearly a stone of the root was taken into the stomach of the Irish labourer per diem…it was grounded on a certain knowledge of physiology.

"The stomach digested the well boiled farinaceous portion of the potato within the space of a few hours, and that having all been disposed of, the half-boiled lumps remained behind, and a second digestion was commenced to assimilate this portion of food, and convert it into nutritious, life-sustaining material; which latter process lasted some hours longer, and thus the craving of hunger were warded off for five or six hours after the original meal."

With a note to explain an ghealach, the moon, he added "when a half-boiled potato is cut, the sections exhibit a central disk, with a halo around it like the moon. English visitors have been puzzled by hearing our servants reprimanded for ‘not boiling the moon out of the potato’."

The easy and obvious temptation here is to examine it from the perspective of the raw and the cooked, nature, culture, and all in-between. But the historian in me is somewhat wary of this account and the temptation to critically analyse is encouraged not least by the comic value implied by the English visitor meeting pitiful Irish cookery, which held appeal for a certain readership.

This is a motif that is developed further in 19th-century America in scenes that play out the cookery blunders and meal mishaps of the poor and untrained Irish cooking girls in the kitchens of their urban middle-class employers. The 1859 American cookery book, Breakfast, Dinner, and Tea, almost re-creates Wilde’s servant scene in America. In it, the writer relies on an extract from Antrim-born naval surgeon, Dr James Johnson's A Tour in Ireland (1844), to explain the Irish servants’ tendency to serve half-cooked potatoes:

"Potatoes with the bone in - We have all wondered why our Irish servants persist in bringing half-boiled potatoes to the table, notwithstanding our repeated orders to the contrary. Dr. James Johnson, in his tour in Ireland, discovered that it was almost a universal custom among the poor of that country, to only half boil their potatoes, leaving the centre so hard, that it is called the bone of the potato…and custom has so reconciled the poor Irishman’s stomach to this food, that even the children complain if they find no ‘bone in the potato.’

But three references do not a custom make. With some more reading and research, I found two earlier accounts of half-cooking potatoes; one from surveyor and land agent, Edward Wakefield’s An Account of Ireland, Statistical and Political, (1812), and another from Thomas Reid, a Tyrone-born naval surgeon and author of Travels in Ireland in the Year 1822.

In an entry for July 6th, Wakefield describes cooking potatoes and ‘leaving the bone in’. The date is significant in the context of the dietary patterns of the rural poor in the early decades of the 19th century. July is the hungry gap month when potatoes were scarce as old stocks were exhausted and the new crop had not yet been harvested.

In this month of hunger and distress, the market value of potatoes was high and their purchase was beyond the means of many. That the poor and destitute should stretch their stocks of potatoes and cook in a fashion to keep hunger away makes sense in the context of the seasonal collapse of the diet of the poor, the destitute, and those farm labourers left without work outside harvest months.

Aside from the business of history and maintaining an objective and critical relationship with sources, this insight in to the impoverish food habits of the poor in pre-Famine Ireland has stayed with me. A potato with a moon holds a certain emotional, if not voyeuristic fascination.

In the food crazed global north, where food is everywhere and accessible at all times, half-cooking potatoes and eating little else, seems unthinkable and as far away from us as the moon itself. This distance and difference in realities gives space to indulge fascination and at a level I find my sense of captivation at best uncomfortable and at worst somewhat distasteful. Linked too is the current fetishisation of food and the past that often seems to exist without purpose or reason - an indulgence of the well-fed, sometimes the anxious well-fed.

Ana Núñez Rodríguez is an artist who explores the tensions between personal and social identity and the historical and cultural influences that work on these formations through food. Her current work is Cooking Potato Stories. I told her about potatoes and the moon and she made a series of beautiful images to accompany that story. Her images and the story of potatoes and the moon will be used to try and make sense and meaning of food and the past at the PhotoIreland festival at a free online event tomorrow (July 31st).