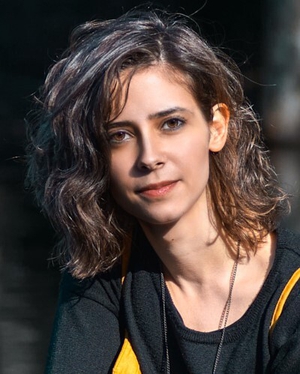 Analysis: colour perception is a psychological attribute of our visual experience, when the objects we see are illuminated

Most of us take the ability to see the world around for granted. How does that happen? Through our vision. We 'simply' open our eyes and see. Experiencing colour perception is one of the most fascinating and special aspects of human vision. Natural objects and light around us possess the miraculous capacity of appearing in colour.

But there is more than meets the eye. Would this supposedly yellow duck continue appearing yellow under blue lighting? If exposed under blacklight, then what colour would it be? And most importantly, if put inside a dark room, would it still be yellow? Really, if I’m not there to see it, would it be of any colour?

Over the centuries, questions as such have troubled a huge number of scientists, physicists, chemists, philosophers and cognitive psychologists. Unanimously, they arrive at the paradoxical conclusion that colour does not exist. Although it can be a difficult idea to process, it is a fact that there is no colour perception if there is no brain. Colour exists in the light we see, although our eyes see it as colourless, but it doesn’t exist in the rainbow that we see in colour.

This is why colour perception is basically a psychological attribute of our visual experience, when the objects we see are illuminated. The light, which is the only source of colour in the world, is either absorbed or reflected on the surface of objects.

If the observer with the appropriately equipped neurological system does not exist, the phenomenon of colour perception can be explained with physics and chemistry equations, as a frequency of electromagnetic radiation. But if the observer is there, then the light is detected by the eye through special receptors, also called photoreceptors, or in other words nerve cells that are named cones and rods.

It is these nerve cells that transfer the information to the brain, which compares the light responses and draws a final conclusion to determine which exactly is the colour we believe we see. However, if the brain does not exist, no matter how odd or paradoxical it seems, colour does not exist either, at least not in the way that we perceive it. Consequently, colour is a sensation, or rather a delusion.

The duck appears to be yellow. But if the brain and the neurological system of the observer do not exist, it is nothing more than 570-580 nanometres of the reflected visible spectrum. Thus, its yellow colour, as well as the entire world around us, are nothing more than a perceptual construction of the human brain. I may see colour, or have the belief that I see colour, but does colour really exist?