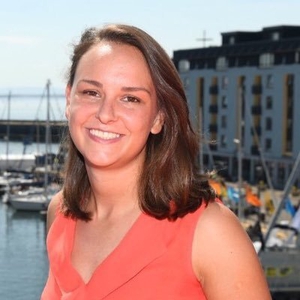 Analysis: satellites and algorithms monitor and track the colour of the ocean to determine if harmful algal blooms are forming offshore

Phytoplankton are microscopic organisms that are extremely important for our marine ecosystems and life on our planet. They make up the base of the food web, absorb CO2 from our atmosphere and produce some of the oxygen we breath. When ocean conditions are favourable, phytoplankton blooms can develop over hundreds to thousands of kilometres in area, and become visible from space.

While the majority of phytoplankton blooms are beneficial to the whole ecosystem, a small minority of algal bloom forming species can have negative impacts on their surrounding environment. These are known as harmful algal blooms. They are naturally occurring marine microscopic plants that come in different shapes and sizes. They can sometimes cause harm to aquatic ecosystems, including plants and animals, and to humans via direct exposure to water-borne toxins or by toxic seafood consumption. Ecosystem damage caused by high-biomass blooms may include disruption of food webs, fish-killing by gill damage or contribution to low oxygen "dead-zones" after bloom degradation.

From RTÉ Archives, Tom MacSweeney reports on algal blooms in Cork harbour in 1987

Some species can produce potent natural chemicals (toxins) that can persist in the water or enter the food web, leading to illness or death of aquatic animals and/or human seafood consumers. When these biomass blooms occur, some events can result in serious economic losses to marine sectors such as aquaculture and fisheries, tourism and have general negative impact on ocean health.

Satellite remote sensing techniques are powerful tools to detect and monitor the movement of surface phytoplankton blooms due to the vast area covered in one single measurement. Remote sensing can gather information from the earth's surface without any physical contact with it.

Satellites carry instruments and sensors that measure the electromagnetic radiation from the sun that reflects off the earth’s surface. Sunlight travels from the sun to the earth and ocean surface and this light is absorbed or scattered, depending on what it interacts with (eg water, phytoplankton, organic matter), the light that is reflected back off the ocean surface is measured by the satellite sensors and an image is created using the data. Algorithms use the satellite data to create a colour image and the picture created is used by scientists to identify important ocean phenomena.

Scientists from the Marine Institute and NUI Galway recently published a study using satellites to monitor the colour of the ocean to determine if a harmful algal bloom is forming offshore. It was part of an international collaboration with the National Oceanic and Atmospheric Administration (NOAA) in the US.

I travelled to Maryland in 2019 to learn about a satellite technology approach NOAA scientists use to detect and monitor the harmful algal bloom speices, Karenia brevis, in the Gulf of Mexico and Chesapeake Bay. A related species, Karenia mikimotoi, is a dinoflagellate phytoplankton species that is known to cause extensive blooms off the Irish coast. These blooms sometimes deplete oxygen in the water causing high mortalities of a range of marine species from fish to shellfish, but in particular benthic species that are unable to swim away from the blooms.

While Karenia can overwinter in low numbers as motile cells, Karenia can grow and bloom when favourable biogeochemical and physical conditions arrive in early to late summer. Historic exceptional blooms of Karenia mikimotoi include the summers of 2005 and 2012 off the southwest, west and northwest coasts of Ireland. A Karenia bloom, for example, caused Donegal beaches to be closed for a short period of time in 2012.

My work takes the algorithm developed by NOAA and uses it in Irish waters, the first time it has been used outside the US. The algorithm uses several wavebands of red light reflected from the ocean surface, corresponding to chlorophyll fluorescence from the phytoplankton, as observed by satellites, and is called the red band difference (RBD) algorithm.

In summer 2019, a bloom was identified south of Cork and scientists were able to detect and track the movement of the bloom using the RBD algorithm. A particle tracking model was run to determine the bloom movements using the Irish Marine Institute ocean circulation modelled currents in the vicinity of the observed bloom. Good agreement was observed between satellite imagery of the bloom and the particle tracking model.

Data from the Marine Institute inshore monitoring programme and a scientific phytoplankton survey of shore on the RV Celtic Voyager CV19018 verified that Karenia mikimotoi was the causative organism of the bloom. This study shows the benefits of using satellite technology to provide early warnings for potential harmful algal blooms events and future work will look to incorporate this approach into forecasting harmful algal blooms around the Irish coast.

Catherine Jordan is a PhD researcher with the Earth and Ocean Science Centre at NUI Galway and the Marine Institute.