Analysis: Elizabeth Shaw created a classic children's book with The Timid Rabbit, but little is known about her in her native country

One of my favorite picture books as a child was Der kleine Angsthase, a present from an aunt in East Germany. It was somewhat exotic, like everything else that arrived in Christmas parcels from relatives behind the Berlin Wall.

The book tells the story of a timid, chubby rabbit who overcomes his fear when saving his little friend from being eaten by a fox. A simple, moral story, told with an understated sense of humor, unusual for German children's books in the 1960s. The illustrations were also unusual: clear strokes and bright colors, almost like a cartoon. 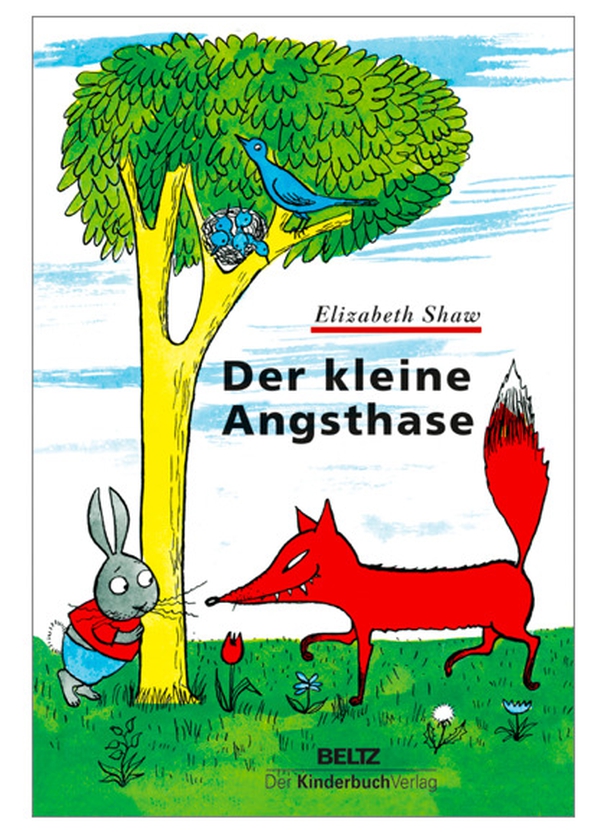 At the time, I was aware that it was a book from the GDR, but did not pay attention to the author's name, Elizabeth Shaw. It was only much later, when coming across her autobiography Irish Berlin (1990) that I realised she was born in Belfast.

The Irish academic Damian Mac Con Uladh called Shaw the "GDR’s most prominent resident from Northern Ireland". Born in May 1920, she grew up in a Protestant middle class family in Belfast. Her father, originally from Sligo and a member of the Church of Ireland, was the manager of an Ulster Bank branch. Her mother, a Presbyterian from Armagh, had studied languages at Trinity College Dublin.

They lived above the bank in York Street, which became a "fortress" for Elizabeth and her siblings, protecting them from the rampant sectarianism and poverty around them. York Street connected other small cobblestoned streets such as "Earl Street or Queen Street", but, as Shaw notes in her autobiography, "no earls or queens lived there, but the poorest of the poor. There were Protestant and Catholic Streets which could only be distinguished by the graffitis."

She describes a poverty brought about by the world economic crisis and a colonial history that affected members of the working class across the sectarian divide. Shaw does not take a strong political stance. What emerges from her writing is a combination of Marxist ideas with an enlightened non-conformism which seems to have run on both sides of her parents' families and informed her early school years in the Belfast Royal Academy.

When she was 13, the family moved from Belfast to Bedford in England. After finishing secondary school, Shaw went to the Chelsea School of Arts in London. She attended classes by Hugh Finney, Graham Sutherland and Henry Moore (who praised her illustrations for Emily Brontë’s Wuthering Heights, influenced by French and English caricature). A fellow student, Patrick Carpenter, introduced her to communist circles. In her autobiography Shaw writes how Marxism seemed to offer a solution to the social inequality she had witnessed in Belfast.

Having published sketches in 1940 and contributed to the London left-wing magazines Our Time and Lilliput, she exhibited works in 1943 at the Artists' International Association in London. In 1944l, she met the Swiss-born émigré artist and communist René Graetz. They married in 1946 and, like other German exiles opposed to National Socialism, decided to help build a better, socialist Germany.

Shaw was shocked by the physical misery she saw on the streets of post-war Berlin and the aggressive tone of the local police. In her Berliner Skizzen (1946), she approaches this and other aspects of her new everyday life with a subtle sense of humour. After settling down in East Berlin, she worked as a freelance artist, illustrator and caricaturist for the mainstream GDR press and found a substitute family in the Berlin artist community. She turned to writing and illustrating her own children's picture books partly to ensure a stable income, but also because of her limited German language skills. Her innovative visual style won her several awards, and secured her a place among the GDR artistic establishment.

Her daughter Anne was born in 1947, and son Patrick in 1950, and Shaw's determination to reconcile work and family life is a recurrent theme in her autobiography, as is her underlying belief in the political system. Unlike most GDR citizens she was able to access travel visa, thanks to her British passport. However, when not allowed to travel for six years in the early 1950s, at the height of the Cold War, an acute sense of isolation can be felt in her writing. Stalinist policies against any deviating artistic and political viewpoints also affected Shaw’s husband, whose work was branded as 'formalist’ during this period.

When the Ulenspiegel, a left-wing satirical journal she contributed to, has its license withdrawn in 1949, Shaw begins to work full-time for the main national GDR daily Neues Deutschland. In 1959, she received a major commission from the Academy of Arts to draw portraits of all 43 Academy members, including Anna Seghers, Helene Weigel, Paul Dessau and Hanns Eisler. Other works include illustrations to Bertolt Brecht's texts in Ein Kinderbuch (1965).

Irish Times journalist Derek Scally and Fergal Lenehan from the University of Jena have pointed to her ambiguous relationship to East Germany. Even though she appears to have become somewhat disillusioned with the GDR from the 1950s, Shaw remained openly uncritical and, like many East Germans, seems to have withdrawn into her private life and work. Her picture books often have a moral tale, but lack an explicit political message.

Der kleine Angsthase became one of the most popular children’s books in East Germany. Since the 1990s, it has gained something of a cult status among those who grew up in the GDR and their children and grandchildren. In part this may be due to feelings of Ostalgie, a longing for the down-to-earth aspects of life under socialism in the former Eastern Bloc, if not for the collapsed political system itself.

The Angsthase can be found along Spreewald gherkins in tourist shops and on websites selling products from the former GDR. There is even an Elizabeth Shaw Grundschule in Berlin-Pankow. However, the story and images seem not to have lost their appeal to young readers. The book has had eight reprints, the most recent in 2009. In 2010, it was staged as a theatre production at the Leipzig Book Fair, and the museum Burg Wissem in Troisdorf near Cologne organised a major exhibition of her work. Shaw's books have been translated into several languages, and have found a readership across Europe, albeit less so in the west than in the former East.

However, both author and work have remained virtually unknown in Ireland. The Timid Rabbit was first published in English by Sadler & Brown in 1967, and by O'Brien Press in 2007. Her books translated into English in the 1960s include Tortoise has a Birthday and Sammy wins a Cup.

The only book by Shaw first published in Ireland was The Little Black Sheep (1985). From the royalties, she funded her visit to Ireland in the 1980s, after a 1971 visit to Sligo and Ballina where she had spent childhood holidays. While Shaw could adapt herself to the country she lived in, as her daughter recalls, she missed Ireland and her Irish clan. When Shaw died in 1992 her ashes were scattered in the Irish Sea.

This piece is based on Elizabeth Shaw (1920-1992): The Irish Caricaturist who Left Her Mark on East German Children's Literature. An Elizabeth Shaw exhibition is now on show at the Kunstmuseum Ahrenshoop featuring 80 drawings, lithographs and pastels from her work.

Dr Sabine Egger is a lecturer in German studies at Mary Immaculate College, Limerick and Joint Director of the Irish Centre for Transnational Studies.