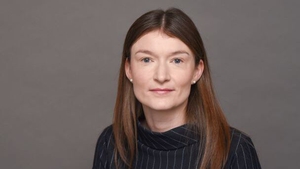 Analysis: a new survey has also found that restrictions on the unvaccinated may reduce take-up among a significant minority of people

Since the beginning of the pandemic, many have regarded vaccines as the surest way to get back to normality. Initially, the focus was on developing effective vaccines but, since the widespread approval of numerous vaccines, the focus has shifted to rolling them out to sufficient numbers in order to achieve herd immunity. Having initially lagged behind our European counterparts, Ireland's recent figures show that almost 67% of those over the age of 18 have received a first dose.

Last week saw two important developments in the context of our vaccine roll out. First, there was advice from NIAC that both the AstraZeneca and the one-shot Janssen (Johnson & Johnson) vaccines could be offered to adults under 40. Second, NPHET recommended that indoor dining in pubs and restaurants should only be available for those who are fully vaccinated, or have recovered from Covid-19.

From RTÉ Radio 1's This Week, Paul Reid from the HSE and pharmacist Cathy Maher on speeding up the vaccine programme for young people

There has been much discussion about whether under 40s would accept AstraZeneca and Janssen vaccines, given the change in recommendations. Results from my Irish Research Council funded project, endorsed by the HSE, on vaccine uptake in the context of Covid-19, shed some light on the possible implications of these two developments in our vaccination programme. A nationally representative survey of 1,277 adults was conducted over the weekend of June 18 and 19th by the polling company Ireland Thinks.

Respondents were asked 'If you were offered an adenovirus vaccine (eg. AstraZeneca, Johnson & Johnson) tomorrow, how likely would you be to take it?’ 68% of unvaccinated under 40s said they would be extremely or moderately likely to take it. When the question was also asked about mRNA vaccines (eg. Pfizer/BioNTech, Moderna), the percentage responding positively was 78%, only 10% higher than for the adenovirus vaccines. This suggests that the vast majority of under 40s will take the adenovirus vaccines if offered, potentially speeding up our vaccine roll out.

However, the government’s decision to introduce a vaccine passport for indoor dining may have an impact on behaviour and vaccine uptake. The survey also tested a number of 'nudges' to encourage people to accept a vaccine. Behavioural economists Richard Thaler and Cass Sunstein ﬁrst introduced the concept of nudge theoryin 2008. By changing the context of a decision, known as the choice architecture, you can nudge an individual towards a particular choice. Often the nudge involves lowering the costs, or increasing the benefits associated with choosing the desired option. Many different nudges have been introduced across the world in order to maximise vaccine uptake, and some have been very successful.

From BBC Newsnight, 2010 interview with Richard Thaler about the nudge theory

In all cases, the nudge did not change the willingness of the majority of respondents to take a vaccine. Surprisingly, when it comes to those who were influenced by the nudge, the vast majority were less likely to take the vaccine when the nudge was in place, than when it wasn’t. This was also the case for all four nudges tested.

The unexpected negative impact of these nudges on a sizable minority of adults may have important implications for the government’s current plan to introduce a vaccine passport to restrict indoor dining to those who are fully vaccinated, or have recovered from coronavirus.

Although allowing indoor dining for lower risk groups would provide a much needed lifeline for the hospitality industry, the move has angered many young people in particular. The results of my survey suggest that placing restrictions on the unvaccinated reduce how likely a significant minority of people are to accept a vaccine. Given younger people are at much lower risk of death and severe illness from Covid-19, the personal benefit to them from being vaccinated is already lower than for older age groups. An unintended consequence of this policy may be that it actually discourages younger people in particular from getting vaccinated.

Dr Emma Howard is an Economics Lecturer at TU Dublin. She is an Irish Research Council awardee