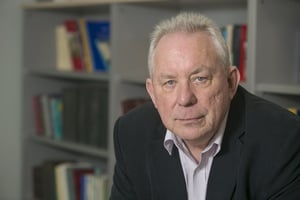 Analysis: the Nuremberg trials told the story of the full horrors of Nazi war crimes in concentration and death camps

The Nuremberg trials began in November 1945 when 24 leading Nazis were charged with conspiracy to wage an aggressive war that resulted in 50 million deaths. Among those in the dock for the trials were Hitler’s former deputy Rudolf Hess, Luftwaffe chief Hermann Göring, Foreign Minister Joachim von Ribbentrop, Nazi ideologist Alfred Rosenberg and Hans Frank, who presided over the Holocaust in Poland. The trial concluded in October 1946 when 12 of the accused were sentenced to death, while Hess and others were given long terms of imprisonment. Göring evaded execution by poisoning himself to death in his prison cell.

The prosecution’s case was based on a mountain of documentation from captured German archives together with eyewitness accounts of Nazi war crimes. Hundreds of journalists attended the trial and proceedings were filmed and screened in cinemas as contemporary newsreel footage. In evidence at the trial was American and British film footage of the concentration and death camps at Dachau, Buchenwald and Bergen-Belsen. Appalling pictures of piled up dead bodies and pitifully emaciated skeletal survivors became the searing images of the Nazi camps.

From British Pathé, footage from the Nuremberg Trials

The court rejected the defence argument that waging war was a state not an individual responsibility. Never again could anyone accused of international crimes claim they were merely following their country’s orders. The trial established the illegality of aggressive war and introduced the concept of crimes against humanity into international law. It also strengthened the rules for warfare, specifically the principle that civilians could not be classified as legitimate military targets. It also paved the way for such notable international declarations as the Genocide Convention (1948), the Universal Declaration of Human Rights (1948), the Geneva Convention on the Laws and Customs of War (1949) and the Nuremberg Principles on War Crimes (1950).

A further series of trials in Nuremberg focused on such war criminals as SS murder squads, concentration camp doctors, civil servants, business executives and German generals. The 1948 High Command Trial was of particular importance and resulted in jail time for German military leaders, while the 1947 doctors' trial led to the Nuremberg Code on the ethics of medical research involving humans. Under this code, such research must avoid injuring or killing its human subjects, a principle flagrantly violated by gruesome Nazi medical experiments on prisoners in the camps.

All these trials were conducted through military tribunals of the victorious and occupying allied powers. Having suffered huge damage and loss of life as a result of the German invasion of the USSR, the Soviets were at the forefront of demands to prosecute Nazi leaders. The British and Americans were less keen and insisted that prosecutions should be fair, not show trials.

From Imperial War Museum, why were the Numermberg trials filmed?

The verdicts at Nuremberg were welcomed in the allied world. The guilty had been punished and the allied narrative of a just war against Nazi Germany had prevailed. But not everyone agreed. Critical opinion in neutral states such as Ireland viewed the Nuremberg trial as victor’s justice. Yes, the Nazis had committed war crimes but so, too, had the allies.

"Imagine", said Ireland's Minister of Justice, Gerald Boland, "the people who murdered the cream of the Polish army and buried them in a mass grave in the Katyn Forest, those who bombed the City of Dresden, which was undefended and full of refugees, and those who atom-bombed Hiroshima and Nagasaki, having to the cheek to try anyone for war crimes!"

Ironically, the road to the trial of major Nazi war criminals had begun in 1940 with demands from the small states of western Europe for retribution after the German attacks on their countries. Had neutral Ireland suffered the same fate of physical invasion and occupation, it is more than likely the Irish government would have taken a different view of the Nazis’ criminal responsibility for prosecuting a savage war.

The Nuremberg Trials at 75: histories, legacies, lessons is a free online Royal Irish Academy symposium on the anniversary. It features a keynote lecture by Professor Philippe Sands and takes place on June 17th. 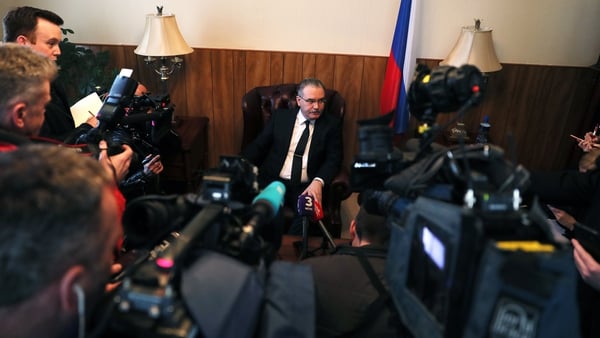