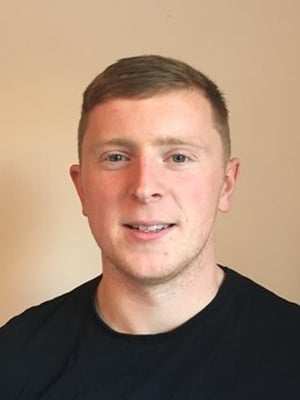 Opinion: A focus on what people have in common may be key to ensuring harmony - even with Brexit and Northern Ireland

Following Brexit, it is important that we understand what it might mean for intergroup relations both within the UK as well as between people in the UK and members of the remaining EU states. Research conducted since the UK’s vote to leave the EU in 2016 has found support for Brexit to be associated with various forms of outgroup prejudice including anti-immigration attitudes, nationalistic attitudes, and Islamaphobia. These findings show the importance of understanding the psychological underpinnings that can potentially lead to increased intergroup conflict after Brexit.

Before digging in to what Brexit might mean for intergroup relations, we first need to understand the role of identity. The groups that we belong to make up our social identity, and the feeling of belonging to these groups can in turn affect the ways that we think, feel and behave. By making different aspects of people’s identities salient, researchers have been able to alter the thoughts, feelings and behaviours of individuals.

Identity and the EU

What about utilising priming to alter attitudes towards people outside our ingroup? Social identity research states that the more strongly we identify with our ingroup, the more we will favour people in our group over outgroup members. This phenomenon could play a major role in the reduction of prejudice post-Brexit.

One approach to reducing prejudice, stereotyping and discrimination that has been widely researched in social psychology is the de-categorisation of subgroups and re-categorisation into inclusive groups. This is done in order to increase contact between members of subgroups and replace the perception of two separate groups (us and them) with one superordinate group (we).

In the context of the EU, for example, a person living in France who identifies strongly with the 'Europeans’ group is less like to be biased towards someone living in Italy or Poland or Germany as they share a common identity. On the other hand, a person who does not see ‘Europeans’ as a legitimate group to which they are a member, and instead sees the Polish, Italian or German person as belonging to separate, distinct groups is more likely to be show nationalistic bias.

READ: What's behind the emergence of the far right in Irish politics?

In our research, we aimed to investigate how the perceived compatibility of two groups affects both how strongly people identify with both groups and how attitudes differed towards members of both groups. When we refer to compatibility of groups, we mean the extent to which they share values, norms and beliefs.

In recently published research, we investigated the role that perceived compatibility plays in the transition from being a student to becoming an employee. We experimentally manipulated the compatibility of the two groups by either having participants list similarities between the two groups or differences. Those who were primed to think of the groups as having more in common were more likely to identify with both to a similar degree and in turn have similar attitudes towards the two.

Having found that group compatibility is an important predictor for attitudes in this context, we decided to turn our attention to what will likely be one of the largest examples of mass identity transition in our lifetime: Brexit. In a series of studies focusing on UK and EU citizens, we found that people can think of themselves as belonging to both groups, and will have similar attitudes towards both groups, when the groups are believed to be compatible with one another. However, people will only identify strongly with one group and will favour one group over the other when they do not perceive groups as compatible.

A focus on the common beliefs of people living in the UK and in the EU might just be the key to sustained positive relationships. During our research, we collected data at various time points both before and after the UK’s official departure from the EU. What was striking about the findings was that the results remained remarkably consistent. This tells us that individual perceptions of how compatible people believe the groups to be is more important than any political change.

What about Northern Ireland and Brexit?

The Troubles in Northern Ireland were one of the most intense and violent conflicts in Europe, making the potential for intergroup conflict in the region even more concerning. Researchers believe that the feeling of belonging to the inclusive group of citizens of the EU has played a role in maintaining peace between unionists and nationalists in the region.

The Brexit referendum outcome in Northern Ireland highlighted the old divide between the British and Irish; the majority of nationalists voted to remain while the majority of unionists voted to leave. This act alone may have been enough to drive a wedge between the two once more. All of the research presented above suggests that a focus on the commonalities rather than the differences of the two groups might play a role in sustained positive relationships post-Brexit.

Of course, there have been many political decisions in recent years that have the potential to be extremely divisive. In the fallout, a focus on the shared values and beliefs of people who find themselves in opposing corners might go a long way to keeping the peace.