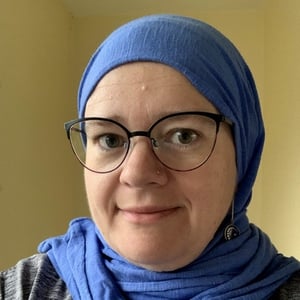 Opinion: both prejudices have a long history of seeking to position Jews and Muslims as threatening outsiders

In the 1947 movie Gentleman's Agreement, based on Laura Z. Hobson's novel of the same name, Gregory Peck stars as an undercover journalist posing as a Jew to get a first-hand experience of the ordinary prejudices and discrimination facing American Jews. He is shocked to discover bigotry everywhere, whether in the hiring policies at his own magazine or school bullies taunting his son with slurs. The movie, controversial in production, was a box-office success and arguably made a major contribution in challenging the acceptability of casual anti-Semitism in the US.

Muslims did not exist in the American consciousness at the same level as Jews in the mid-20th century, although Hollywood had been churning out stereotypes of Arabs and Muslims since the dawn of the moving picture (belly-dancers and sheikhs in sheets were stock-in-trade). But it wasn’t until the 1980s, in the context of the Iranian revolution, the rise of the Afghan mujahideen and the Rushdie fatwa that the Muslim terrorist became ubiquitous in film and public consciousness. The September 11th attacks, ostensibly confirming the "clash of civilisations" narrative bandied about in political circles, made that image indelible. Thus, Islamophobia came to rival anti-Semitism in its scope and influence in both the United States and Europe.

They are sister prejudices sharing many similarities but also some differences. Both have a long history that predates the modern period. Anti-Jewish hatred is ancient, with territorial expulsions; persecution and slaughter during the Crusades; massacres and forced conversions in Spain and elsewhere in Europe and the Russian pogroms.

Many of the most common anti-Semitic images arose during this time: Jews as responsible for the Black Plague; the blood libel accusing Jews of murdering Christian children for ritual use of their blood; the association of Jews with the devil, including Michelangelo painting Moses with horns; and the persistent association of Jews with money. The latter stereotype was even used by Shakespeare in his depiction of the moneylender Shylock in The Merchant of Venice.

Muslims were viewed as a civilisational threat to Christendom since at least the ninth century. The Crusades were launched in 1095 because Pope Urban wanted to reclaim the Holy Land from Muslim control. The Protestant reformer Martin Luther viewed Muslims as a punishment from God. "Since the Turk is the rod of the wrath of the Lord our God and the servant of the raging devil", he wrote in 1528, "the first thing to be done is to smite the devil".

In the United States, up to 30% of African slaves were Muslims and were forced to convert to Christianity in order to 'civilise’ them. Muslims and their prophet were depicted as lascivious, violently fanatical, despotic, dirty (somewhat ironic given how often Muslims must wash themselves for ritual prayer). In his Divine Comedy, Dante put the prophet Muhammad, split in half with his bowels spilling out, in the circle of hell reserved for schismatics.

However, the terms anti-Semitism and Islamophobia did not appear until the modern period. Anti-Semitism first arose in the late 19th-century, in the writings of Moritz Steinschneider with the development of racial ideas about ‘Semites’ as inferior to ‘Aryans’. It was this pseudo-scientific theory that was taken up by the Nazis, among others, as part of their depiction of Jews as antithetical to German culture and peoples, an idea first popularised by journalist Wilhelm Marr in 1879.

Islamophobia, on the other hand, was coined to describe antipathy towards Islam and hatred of Muslims. It had appeared in print as early as 1904 and 1910, although it was not until the British Runnymede Trust's published a report on the phenomenon in 1997 that the term gained serious traction. By this time, increased immigration of sizeable numbers of Muslims in Britain and elsewhere in Europe, Canada, Australia and the United States, had shifted Muslims from being (only) an external enemy to a perceived internal threat.

From RTÉ Radio 1's Today show in 2017, Dr James Carr from the University of Limerick on Islamophobia in Ireland

What both anti-Semitism and Islamophobia have in common is positioning Jews and Muslims as threatening outsiders. Jews are viewed as a threat by controlling global banking, are culturally incompatible with their kosher slaughter and circumcisions, and suspect for their loyalty to a foreign government (Israel). Muslims are viewed as a threat to the economy with migrants taking ‘our’ jobs and burdening welfare, culturally incompatible with their burqas and halal slaughter, and a threat to the State as potential terrorists.

Probably the main difference between anti-Semitism and Islamophobia, however, has been the development of the idea of Jews as a ‘race’. Muslims, on the other hand, belong not to a single race, but are identified by their religious affiliation instead. This is why Richard Dawkins could argue he was not being racist after tweeting "all the world’s Muslims have fewer Nobel Prizes than Trinity College, Cambridge", implying that Muslims were backward, stuck in the past.

In recent times, the strengthening appeal of the Far Right in Europe and White Supremacy movement in the United States have capitalised on both anti-Semitism and Islamophobia. We are unlikely to see these two fundamental prejudices disappear any time soon.

Why the way we look at women matters