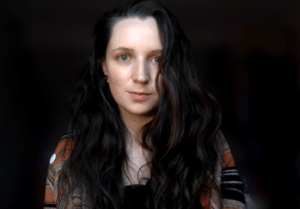 Opinion: the monster can enlighten us, liberate us and reveal how we are the monsters

The term 'monster' tends to bring forth feelings of repulsion or fear through a body constructed with faults or ugliness, implying evil and an immediate signifier of something that is wrong. Frankenstein's Monster is a notable example, which the popular imagination brings forth as a green, mumbling and stumbling, assortment of body parts and bad intentions. For a time, the creation became a shadow of how Mary Shelley intended him to be through his stage and screen evolution. In reality, he was intended as a monstrous critique of humanity - arguably, most monsters are.

Monster theory is the study of culture and, like the monster itself, the field is unrestrained by categorical boundaries. In his 2020 collection The Monster Theory Reader, Jeffrey Andrew Weinstock identifies that monster theory is a universal endeavour as every culture has its own monsters and perspectives on what constitutes the monstrous. Jeffrey Jerome Cohen's 1996 collection, Monster Theory: Reading Culture, is credited with naming the field of monster theory, but the field itself is not new, dating back to ancient cultures who were preoccupied with deciphering meaning from monsters.

From RTÉ 2fm's Dave Fanning Show, Brian Lloyd on the most memorable monsters in the history of Hollywood

Monster originates from the Latin word monstrum, which itself derives from monere ('to warn’) and were omens for the ancients. While we don’t necessarily seek prophecies from them in a modern society, we still need monsters and their meaning.

We pursue this meaning through the understanding of monstrosity as socially constructed. Monsters can teach us that difference doesn’t equate to bad and, in fact, looking at the world through the lens of a monster can provide a much more sympathetic outlook. Indeed, an outsider perspective can illuminate societal attitudes that have becoming normalised.

Primarily, monsters are the embodiment of anxieties and monster theory studies their difference to understand these anxieties and teach lessons upon humanity. Society creates its own monsters and embeds them with meaning such as what constitutes ‘good’ and ‘bad’ behaviour, making monsters the ‘Other’. Simply put, monsters are what's different from what society knows and has established and we engage with the behaviour of ‘Othering’ based upon difference. By saying we’re not that, we’re saying what we are.

From University at Buffalo, John Edgar Browning on 'how monsters are cultural constructions of the terrible that define what it is we subconsciously fear and what it is we're told to hate or love.'

Throughout history, we as humans have defined ourselves in relation to the ‘Other’ and it can be quite a problematic practice, as it reinforces marginalisation and social persecution. It makes them the abnormal ones, reinforcing our constructs, aesthetics and perspectives as the norm and anything different is interpreted as a challenge, making it the ‘Other’. This fear and refusal of difference creates monsters and can fester into unwarranted and unjustified hatred.

'Monsterizing’ particular groups based upon difference is still evident. The ancients did it and modern society still does it. Yet we rely on difference to identify ourselves in relation to something. Am I a heterosexual if I don’t have the homosexual to define in relation to? As I am the heterosexual, is the homosexual the ‘Other’ to me and therefore against my norm? Am I a man if I don’t have a woman to define in relation to? And as a man, social constructs tell me I should perform a certain type of masculinity, therefore femininity is my ‘Other’.

Such very binary examples show how these mentalities could evolve into problematic thinking and manifest into oppressive behaviour if the ‘Other’ is seen as a threat or something requiring subjugation. To someone else, we are the monster and the ‘Other’ which threatens their norm.

From Grunge, mythical monsters that might have actually existed

Though monsters can be used to reinforce what is ‘good’ and ‘bad’ behaviour according to societal dictations, it isn’t natural but constructed behaviour and monsters can also be read as a form of defiance to challenge it. For instance, gender in fairy tales teaches what is known and ‘safe’ which tends to be passive princesses, courageous princes and those who don’t conform are the villains and monsters.

Saturated in gender constructs and binary thinking, fairy tales are part of the socialization process of learning and observing what is ‘normal’ and expected in society. How can you get your ‘happily ever after’ if you aspire to be like the witch, who tends to be a woman society rejects? In this case, is the monstrous witch not the liberated one? Though she is persecuted and exiled for her difference, she doesn’t have to ‘act’ at her gender. Being a witch means she can rage against the world. We should all aspire to be more like the monstrous witch.

The monster provides a space to challenge and question all that is known and accepted as the norm. Monster theory can renegotiate understandings of what the monstrous is and decipher underlying meanings. We can read the feminist value of witches in the misogyny of the Trump era or the use of monsters as commentary on racism or homophobia.

While monsters still remain a warning, it's more so now of a person who identifies a monster based upon their difference. The label of monster is often used as a form of control and oppression. By giving voice to the monster, we welcome critique on society and a reflection on values, anxieties and cultural attitudes. The monster can enlighten us, liberate us and reveal how we are the monsters.